In a recent interview Egyptian television preacher Dr. Umar Abd al-Kafy criticized the strategy and theological underpinnings of al-Qaeda’s ideology. The interview was carried by Dubai’s al-Arabiya TV on July 16. 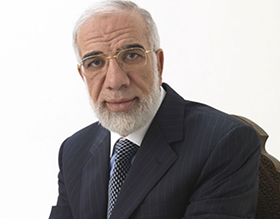 Al-Kafy suggests there are three ways of approaching the concept of jihad in the Islamic world:

Jihad can only be declared by a recognized Wali al-Amr (Muslim ruler or guardian); “Islam does not leave matters to anyone to decide.” Al-Kafy maintains that killing civilians and terrorizing the innocent cannot be considered jihad. The enemy cannot be defeated until one ceases committing injustices through a “jihad of the soul.”

Referring to Koranic scripture, the preacher rejected Bin Laden’s fatwa demanding all Americans in Muslim lands be killed. Al-Kafy stated, “Islam ordered us to protect [the disbelievers] as long as they are not fighting against us, not seizing our land and not violating our sanctities. How can I fight them if they are peaceful?”

Al-Kafy criticized the jihadis’ view of the concept of hakimiyah (ruling according to the revelations of Allah), saying it is incorrect to interpret this as a call for theocratic government; “Islam does not say the ruler must be a man of religion, but the ruler must be the most noble and best behaving among people.” Such rulers can be chosen either through a shura (consultative) system or through democratic means. This places the Egyptian preacher squarely at odds with the Salafi-Jihadists, who reject democracy entirely. Existing rulers cannot be branded as apostates (according to the Salafi-Jihadist embrace of takfir) unless they fail to perform their religious duties or deny the existence of God. Instead of branding wayward rulers as apostates or infidels, Muslim scholars should instead offer prayers and advice.

Al-Kafy bemoans the gradual loss of centrist policies and attitudes in the Islamic world under the pressure of extremism. There is a danger of radicals being given free reign despite having poor knowledge of Islamic jurisprudence; “The opinion over which there are differences will not become a rule.”

The preacher was most damning of al-Qaeda in his discussion of the movement’s use of Hukm al-Tataruss (The Law on Using Human Shields) to justify the slaughter of innocent Muslims. Al-Tataruss is based on an obscure medieval ruling that permitted the killing of Muslims if enemies of Islam were in their midst. Al-Qaeda has revived the ruling to justify the death of innocent Muslims in suicide attacks and bombings to bypass the well-known injunction against killing fellow Muslims and thus avoid charges of apostasy. Al Qaeda’s Dr. Ayman al-Zawahiri is a noted proponent of the concept, which he has examined in his books Healing the Hearts of Believers and The Treatise Exonerating the Nation of the Pen and the Sword from the Blemish of Weakness and Fatigue (also known as The Exoneration). The latter was a 2008 response to the criticism of al-Zawahiri’s reliance on al-Tataruss, contained in the Revisions of the imprisoned ex-leader of Egyptian Islamic Jihad, Sayyid Imam al-Sharif (a.k.a. Dr. Fadl), formerly a close colleague and associate of al-Zawahiri. According to al-Kafy, “There is a difference between someone who throws himself in the middle of the enemy that occupied his land and the one who blows himself up among peaceful and secure people, thinking that this is martyrdom. This is not stated in the Koran or said by the Prophet.”

This article first appeared in the July 29, 2010 issue of the Jamestown Foundation’s Terrorism Monitor