Dr. Najih Ibrahim, the principal theorist of Egypt’s al-Gama’a al-Islamiya (GI – Islamic Group), has outlined a new future for the GI, Egypt’s most notorious terrorist group in the 1990s and the domestic movement of many Egyptian extremists who went on to form the core leadership of al-Qaeda. 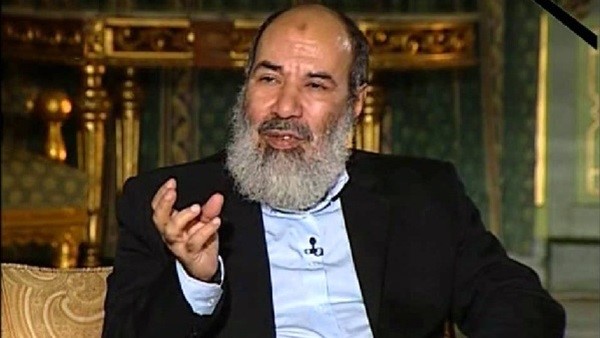 A founding member of the movement, Najih Ibrahim, was released from prison in 2006 in a mass release of 1200 GI members from Egyptian jails. His release followed a 2003 decision by the movement to renounce political violence and the initiation of the “Revisions project”, led by imprisoned GI leader Sayed Imam Abdulaziz al-Sharif (a.k.a. Dr. Fadl), once a close associate of al-Qaeda’s Dr. Ayman al-Zawahiri. The Revisions project has now spread to other parts of the Arab world, as imprisoned Islamists re-examine their advocacy of political violence and terrorism. Najih Ibrahim discussed the implications of the recent death of Egyptian state security officer, Major General Ahmad Ra’fat al-Tayyib, the sponsor of the Revisions project. The GI ideologue insists that this event will have little impact on the Revisions, as General al-Tayyib’s individual approach to the project has now become state policy. The Revisions initiative is now “a deep-rooted ideology.”

Najih Ibrahim pointed to the recent release of the eldest son of former GI leader, Shaykh Omar Abd al-Rahman (imprisoned in the United States since 1996), as proof of the success of ongoing reconciliation efforts. Shaykh Omar’s son, Muhammad, spent seven years in prison after his arrest in Afghanistan as part of the exiled group of GI hardliners that dominated al-Qaeda’s leadership (al-Masry al-Youm [Cairo], September 5). Muhammad is married to the daughter of the late Shaykh Mustafa Abu al-Yazid, another Egyptian Islamist who acted as al-Qaeda’s commander in Afghanistan until his death by U.S. missile strike earlier this year (al-Sharq al-Awsat, June 2).

Referring to the aborted Koran burning in Florida and American perceptions of Islam in general, Najih Ibrahim maintains that Americans should learn about Islam “from its sources, and not from the Zionist media or from the behavior of al-Qaeda… The fact is that Bin Laden is not Islam; Islam is greater than Bin Laden, greater than all the Islamist movements, and greater than the behavior of all Muslims.”

Instead of the direct pursuit of power, Najih Ibrahim advocates a policy of “participation, not replacement”:

The Islamist movement started with the concept of replacement, namely that the Islamists replace the regime. No, let us abandon this concept, and support the concept of participation and cooperation in what is good. Let us leave for the state the sovereignty issues, and we handle Islamic call, education, and the development of society, its progress, educating its ethics and preserving its identity… Whoever the ruler might be, we will not clash with him. We will cooperate with him in what is good. What we can change in a kind way, and by good word, we will change, and what we cannot will be beyond our ability.

Najih Ibrahim says the GI believes Islamists should abandon the idea of seizing power, as the goal is unrealistic. “If they achieve power, they will be forced to relinquish it by the regional and international powers,” Ibrahim said. He warns Islamists that they will be put under siege and subjected to negative portrayals in the media and economic blockades that will make payment of government salaries or alleviation of poverty impossible. Najih Ibrahim even considers participation in the People’s Assembly elections undesirable, saying the funds used for election campaigns could be better used to support the 4,000 orphaned children of deceased GI members and the 12 GI members still under sentence of death in Egyptian prisons. He holds little hope for change at the executive level, saying presidential elections will be “only a formality” that will lead to the re-election of President Hosni Mubarak or his son, Jamal Mubarak. “It will not be anyone other than one of these two,” Ibrahim believes. Najih Ibrahim warns of the danger posed to the Islamist movement by secularists who are eager to push the Islamists into confrontation with the ruling power. After doing so, the secularists then turn “into the followers and entourage of the ruler; they climb over our skulls and wounds, they take control of media, culture and everything and leave us to go to prisons and detention camps as usual.”

This article first appeared in the September 23, 2010 issue of the Jamestown Foundation’s Terrorism Monitor