Engineer Gulbuddin Hekmatyar, leader of Afghanistan’s Hizb-i-Islami and a former prime minister of the country, recently outlined his views on the future of the Afghan conflict, the jihad in Pakistan, the role of al-Qaeda, the legitimacy of suicide attacks and other issues (Geo News TV, September 15). [1] 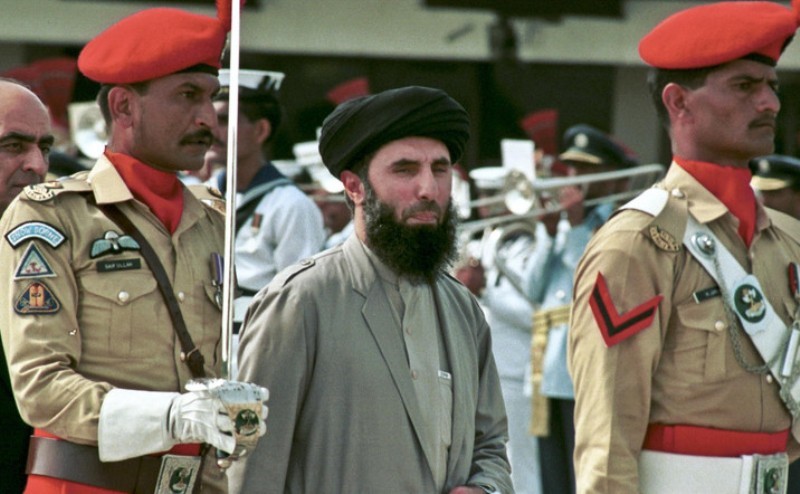 Gulbuddin Hekmatyar on an Official Visit to Pakistan

The fate of Northern Alliance leader Ahmad Shah Masood at the hands of al-Qaeda assassins posing as Algerian journalists in 2001 is never far from the minds of Afghan political leaders, so to protect Hekmatyar’s security the interview with Pakistan’s Geo News TV was carried out by sending Hekmatyar a videotape containing questions and receiving a videotape carrying replies in return.

Hekmatyar sees most parties to the current conflict in Afghanistan coming out weaker as a result of the war. Iran and Pakistan have become embroiled in their own difficulties, while even al-Qaeda and the Pakistani Taliban are not in a position to aid the Afghan mujahideen as they did in the past. Afghanistan’s own Northern Alliance has “disintegrated,” while other proxy groups used by Russia and the United States have become “diluted”. “The United States and its allies will have to face a similar fate after the evacuation from Afghanistan as the Soviet Union did. They will neither be able to do what they did after the 9/11 incident, nor what they did after Soviet Union’s withdrawal [when] they created the Northern Alliance in collaboration with Russia, which blocked the establishment of an Islamic government by the mujahideen.” Iran, however, is accused by Hekmatyar of cooperating with the United States while pretending to be its opponent. As a result, “Iran never had the level of influence in Afghanistan’s internal affairs as it has now.”

Surprisingly, Hekmatyar appealed to the Taliban of Pakistan to abandon their fight against the government of Asif Ali Zardari and devote their energies to driving out the foreign troops based in Afghanistan. Should the current situation change in Pakistan, the direction of its mujahideen could be refocused. “If the occupying forces attack Pakistan or any other Muslim country, it will become obligatory on all Muslims to support the Pakistani mujahideen. No doubt, the supporters of infidels [i.e. the Islamabad government] are also violating the teachings of Islam, but we need to differentiate between the bigger and smaller enemies and adopt different approaches in dealing with them.” Hekmatyar claims Afghan president Hamid Karzai does not have the authority to negotiate a withdrawal of U.S. and other foreign forces from Afghanistan. Instead, he offers a plan prepared by his party entitled Milli Meesaq (the National Charter), which he claims is supported by a majority of Afghan politicians.

The veteran Islamist warlord claims there is little chance of al-Qaeda re-establishing itself in Afghanistan, though he says their presence has been exaggerated to justify the aggression of the Western nations. “There are no al-Qaeda centers or warriors in Afghanistan anymore. The Western countries themselves have accepted that the number of al-Qaeda warriors in Afghanistan is less than 100. Is it possible that 150,000 troops equipped with modern weapons have been fighting for nine years to kill 100 warriors?”

Nevertheless, Hekmatyar advocates tactics closely associated with al-Qaeda, including attacking religious scholars who oppose suicide attacks as “pro-government opportunists.” Other than those who carry out strikes against mosques, those who give their lives in suicide attacks will be “well rewarded by God.” When asked if responsibility for 9/11 lay with al-Qaeda, the Jews or the Americans, Hekmatyar said he believed al-Qaeda was responsible, “because the Jews cannot prepare such committed people who can sacrifice their lives in suicide attacks.”

This article first appeared in the September 23, 2010 issue of the Jamestown Foundation’s Terrorism Monitor