Reports have emerged of a pair of battles on April 24 and April 28 between Chadian government forces and those of the Front Populaire pour la Renaissance Nationale (FPRN), one of a number of rebel movements seeking to overthrow the government of President Idriss Déby. The fighting apparently took place close to the village of For Djahaname, near the border with Sudan’s Darfur province. Fighting took place in December 2009 in the same region, which is home to the cross-border Salamat Arab tribe (al-Sharq al-Awsat, May 1). 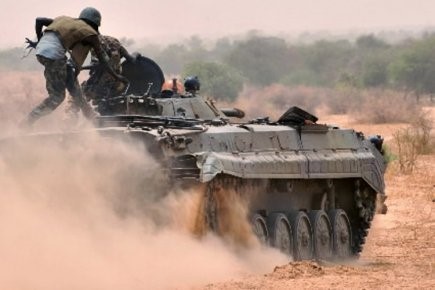 Government spokesmen claimed the army had killed 105 insurgents and captured another 80 in the two clashes. FPRN forces led by Adam Yacoub Kougou claimed to have defeated the government’s troops on April 24, capturing a large quantity of weapons, but after the second battle it said only that large numbers of troops had been lost on both sides and that it was awaiting expected air raids by Chadian warplanes (AFP, April 24). The FPRN leadership later claimed the regime had been “caught lying red-handed,” and that 64 wounded soldiers had been taken to French military facilities in Chad for medical treatment (AFP, May 1).

Unlike most of the Chadian opposition groups, which are based across the border in Darfur, the FPRN is based inside Chad. The usual pattern for such attacks is for N’Djamena to claim that those responsible were working for the Sudanese government, followed by retaliatory attacks by Chad’s own proxies in Darfur. When the initial attack occurs in Sudan, the entire process is reversed. This time, however, N’Djamena did not blame Khartoum, keeping instead to the reconciliatory path the two nations have been following since January. Rather than recriminations, N’Djamena actually congratulated Sudanese President Omar al-Bashir on his “brilliant” victory in the recent Sudanese elections (Reuters, April 29). President Déby also did Khartoum a favor by denouncing the Southern Sudanese separatist movement, saying independence would harm both Sudan and the region at large. The Chad-Sudan border was reopened in mid-April for the first time in seven years (AFP, April 14). 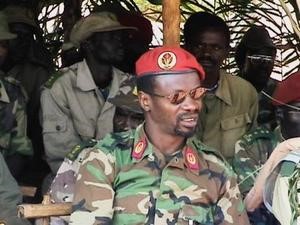 The N’Djamena regime began negotiations with several opposition groups in April as part of the larger reconciliation program, but the FPRN was not involved in these talks (AFP, April 26). The movement consists mainly of rebels who left the umbrella UFR group because they opposed negotiations with the Déby regime. Another rebel movement, the Mouvement pour la democratie et la justice au Tchad (MDJT), signed a ceasefire with the government on April 24 (PANA Online, April 24). MDJT fighters are scheduled to be integrated into Chad’s military and security forces. Déby is said to be exhausted with never-ending negotiations with Chad’s rebel movements, and has told the remaining rebels that he has “no money, no positions, or anything else to give” (L’Observateur [N’Djamena], April 14).

Unfortunately for Déby, the clashes came just as his government was attempting to persuade Europe and the United Nations that peacekeepers are no longer needed in eastern Chad, the site of the battles. N’Djamena has insisted on the departure of the U.N.’s Mission des Nations Unies en République centrafricaine et au Tchad (MINURCAT), a 5,000-man peacekeeping mission deployed in the Central African Republic and the eastern regions of Chad, the frontline of the conflict between Déby’s regime and the insurgents. Without cooperation from N’Djamena, MINURCAT’s Irish and Finnish contingents have decided to withdraw, while the mission as a whole will be drastically scaled back as heavy weapons and equipment are withdrawn from Chad. After May 16, the mission will consist of only 1,900 men, far short of the figure necessary to be effective. Déby has called the mission “a failure,” suggesting the peacekeepers were unwilling to leave the safety of their fortified bases (AFP, April 23).

Across the border in Darfur, it appears that the peace accord between Khartoum and the rebel Justice and Equality Movement (JEM) is beginning to unravel. JEM, which appears to have lost some degree of its former support from N’Djamena, has reported various low level clashes with government forces in recent days. JEM forces in West Darfur claim Sudanese MiGs and Antonov aircraft are flying reconnaissance flights over JEM deployments in West Darfur in preparation for a major government offensive using heavy weapons and local auxiliaries (Sudan Tribune, April 22).

This article first appeared in the May 6, 2010 issue of the Jamestown Foundation’s Terrorism Monitor