An al-Qaeda videotape showing the execution of a Yemeni military intelligence chief began circulating throughout Yemen by Bluetooth technology on November 26. The video was produced by al-Malahim Establishment for Media Production, the media wing of al-Qaeda in the Arabian Peninsula (AQAP). Entitled “The Demise of Traitors 1,” the videotape addressed al-Qaeda’s view of Muslims who “collaborate” with the West before proceeding to give a practical lesson in the fate of such “collaborators” in the form of Lieutenant Colonel Bassam Sulayman Tarbush al-Sharqabi, the intelligence chief for Marib Province, who was captured by al-Qaeda last June. 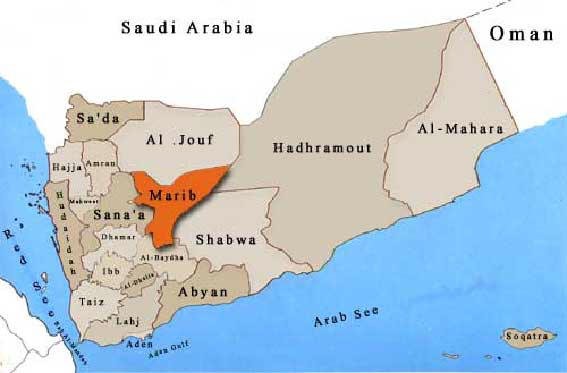 Though not mentioned explicitly, a large part of the tape appears devoted to warning off Yemenis from providing intelligence to U.S. forces that would allow them to target al-Qaeda leaders in Yemen with missile strikes from Predator drones. Given the tactical success of drone strikes in northwest Pakistan, al-Qaeda leaders in Yemen and Saudi Arabia may naturally be concerned about being targeted in a similar manner. Colonel Tarbush was widely believed in Yemen to have provided the intelligence that allowed a U.S. Predator to kill local al-Qaeda leader Ali Qaed Sunian al-Harithi (a.k.a. Abu Ali) in 2002.

The videotape warns of “mercenaries” who collaborated with the Jews and Christians for money. “The lowest and vilest of these collaborators are the spies, who continue to help the enemies of the nation of Islam: the rulers, collaborators and allies of America.” The tape then shows footage of an infrared strobe light of the type used to mark targets for night attacks. Viewers are warned of spies who plant such instruments on targets designated for air strikes.

Colonel Tarbush, who appears blindfolded at all times in the video, is described as an individual who spied on Muslims and the mujahideen. “He oversees a network of spies, and recruits clan members to spy on Muslims.” Tarbush was an expert in the intricacies of clan politics in Marib region, where he spent the last ten of his 14 years in the security services. His experience also allowed him to build a local intelligence network, though he admits in the video that he has revealed the names of all his agents to al-Qaeda interrogators.

Clearly under pressure from his questioners, Colonel Tarbush agrees that the government of President Ali Abdullah Saleh is a collaborationist government that sets up “security forces with the authority and capabilities to suppress the mujahideen, according to American requests.” He also acknowledges that Yemen’s legal code “violates Shari’a.” Asked if he has any advice for young Yemenis, Colonel Tarbush advises them to avoid being “pulled in by American intelligence and [Israel’s] Mossad.”

After being led before a firing squad of masked men, the image cuts out and only gunfire is heard, followed by footage of the apparently dead body of Colonel Tarbush. China’s Xinhua news agency later said senior Yemeni security officials had confirmed the Colonel’s death (Xinhua, November 26).

The apparent execution of Colonel Tarbush follows an earlier AQAP warning to the “infidel” rulers of Yemen, who “opened bureaus to spy on the mujahideen and even on the Muslims in general” (Audio statement of Shaykh Abu al-Zubayr Adil al-Abbab, Al-Malahim Establishment for Media Production, October 22). A posting on a jihadist website said the execution videotape gave “special solace to all those family members of those mujahideen who were tortured, handicapped and in many cases killed under the supervision of these [security] officials” (ansarnet.info, November 27).