Karachi’s Geo News conducted an interview on September 13 with Colonel Imam, a former Inter-Services Intelligence (ISI) officer who is best known as “the Father of the Taliban” for his crucial role in helping establish the movement in Afghanistan. Colonel Imam’s real name is Amir Sultan Tarar, though he notes “My actual name has been forgotten by the people; I am mostly known as Colonel Imam now… The Afghan people gave me this name because I lead the prayers.” 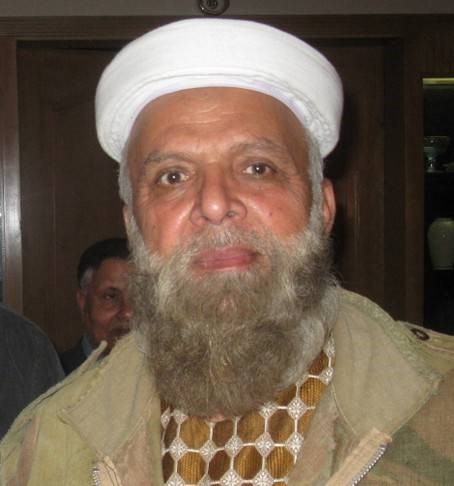 Colonel Imam spoke of his cultural integration into Afghan Pashtun society during his days as an ISI officer, but noted the continued survival of pre-Islamic Pashtun customs; the Pashtuns “have camouflaged the Pashtun culture [with Islam], except the Taliban, who have always practiced Islam in its true spirit. I have observed the Taliban closely; they are very simple, sincere, truthful and strong believers.”

Colonel Imam also recalled his training from U.S. Special Forces at North Carolina’s Fort Bragg in the 1970s. “A visit to the United States was as an incentive given by the Pakistan Army. We would get to study a more refined curriculum with the help of advanced technology. My subject was ‘explosive sabotage’… When I would perform prayers, they would look at me with amazement.”

The former ISI agent described the beginning of his association with Afghanistan in the 1970s, when he was asked by then-Brigadier Nasirullah Babar (later Major General and Interior Minister in the government of Benazir Bhutto) to organize and train Islamic students fleeing from a crackdown by the communist regime in Kabul. Among those trained by Colonel Imam were current Taliban leader Mullah Omar, the late ethnic-Tajik guerrilla leader Ahmad Shah Masud and Islamist warlord Gulbuddin Hekmatyar. The Colonel complains that by 1988, the ISI’s authority over the Afghan mujahideen had been “hijacked” by the United States.

On the controversial issue of the distribution of U.S. supplied Stinger missiles, Colonel Imam denied accusations that he sold some of the stock of 2,000 American Stingers, saying this was done instead by Benazir Bhutto’s government after it had decided to reduce the size of the military mission in Afghanistan. “I was supposed to get the missiles back. We knew those Stinger missiles were being sold in the market. Six missiles were smuggled to Iran and three to North Korea, while the remaining stock was kept by the mujahideen themselves.”

The former ISI operative distanced himself from Osama Bin Laden, particularly during the period surrounding the 9/11 attacks. “He was not in contact with me at that time. It was the Jalalabad operation in 1990 when I last met Bin Laden… He was just an ordinary citizen who would get frightened by the sight of bombing.”

In December 2008, it was reported that Amir Sultan (Colonel Imam) was one of four names of former ISI officials sent by the United States to the U.N. Security Council for inclusion in the Security Council’s list of designated international terrorists (Islam Online, December 4, 2008). Colonel Imam responded, “By blaming the retired people, it is a conspiracy to tighten the noose around Pakistan’s ISI” (AKI, December 9, 2008).

The former ISI official is open about his support for the Taliban but denies that he and retired General Hamid Gul continue to fund the Taliban, saying, “As far as support is concerned, I said in front of Americans at a seminar that I do support the Taliban. I pray for their success but neither I nor General Hamid Gul has the money to give to the Taliban. We are retired people living hand to mouth. This is an electronic age—any transaction can be traced any time. If they have any proof, bring it forward” (AKI, December 9, 2008).

This article first appeared in the September 25, 2009 issue of the Jamestown Foundation’s Terrorism Monitor