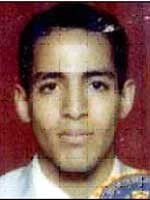 Convinced that an inside source directed American helicopter gunships to the convoy, al-Shabaab organized an emergency meeting of its leadership in Mogadishu, where they decided to launch an investigation of anyone suspected of having links to Western countries. This could develop into a divisive obsession, as many of al-Shabaab’s fighters and leaders have not only lived in the West, but have also obtained citizenship in these countries.

Shaykh Hassan Abdullah Hirsi al-Turki announced to media sources in the Islamist stronghold of Kismayo that 15 Islamist fighters had been arrested for spying on behalf of the United States and other Western countries. Mu’askar Ras Kamboni, an Islamist insurgent group closely tied to al-Shabaab, claimed to have discovered a substantial Western intelligence network that had penetrated the Islamist insurgent groups. Digital cameras and other items were seized from a number of fighters (Radio Gaalkacyo, September 16).

On September 16, al-Shabaab spokesman Shaykh Ali Mahmud Raage (a.k.a. Shaykh Ali Dheere) declared that the group would strike U.S. government targets in retaliation for the raid, saying the strike would only provide the movement’s fighters with increased motivation. Two days later, two vehicles bearing UN markings drove unchallenged into the heart of AMISOM’s main base in Mogadishu. When the suicide bombers detonated their payloads, 9 AU peacekeepers and TFG soldiers were killed, with the toll later rising to 21 as the seriously injured succumbed to their wounds.  Among those who lost their lives were 12 Ugandans, five Burundians and four Somalis (Daily Nation [Nairobi], September 18; Daily Monitor [Kampala], September 22).  Gun battles broke out in several places in Mogadishu after the blast. Shaykh Ali Mahmud Raage claimed responsibility on behalf of al-Shabaab. “We have got our revenge for our brother Nabhan. Two suicide car bombs targeting the AU base, praise Allah” (al-Jazeera, September 18).

The leader of Hizb al-Islam, Shaykh Hassan Dahir al-Aweys, said of the raid, “The enemy of Allah is targeting Muslims all over the world, it is not only Nabhan that they killed recently but they are targeting many others. Such attacks will only increase hate and violence” (AFP, September 20). Al-Aweys, whose militia is fighting side by side with al-Shabaab in Mogadishu, also called for an increase in suicide attacks.

Not all Somalis were sorry to hear of the airstrike. A spokesman for the Sufi-based Ahlu Sunnah wa’l-Jama’a militia (a bitter enemy of al-Shabaab) announced that the group’s leadership was very pleased with the death of Nabhan and several senior members of al-Shabaab, adding that God had punished them. A Somali army spokesman also applauded the airstrike and called for further targeted killings of insurgent leaders (Radio Gaalkacyo, September 16).

This article first appeared in the September 25, 2009 issue of the Jamestown Foundation’s Terrorism Monitor