Kenyan intelligence reports that fugitive terrorist Fazul Abdullah Muhammad may be planning an attack on Kampala in retaliation for the Ugandan military’s ongoing participation in African Union Mission in Somalia (AMISOM) peacekeeping efforts in Somalia. Ugandan authorities have been notified and remain on high alert (The Standard [Nairobi], September 16). 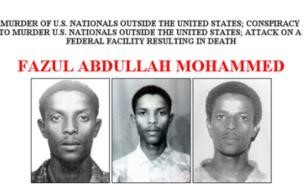 A native of the Comoros Islands, Fazul Abdullah is wanted in connection with a long series of terrorist acts, including the 1998 bombings of the U.S. embassies in Nairobi and Dar-es-Salaam, the 2002 truck bombings of the Paradise Hotel in Mombasa, and a failed missile attack on an Israeli airliner the same year. In August the terrorist suspect evaded a Kenyan police dragnet in the coastal town of Malindi where he was reported to be seeking treatment for a kidney ailment, though police captured two of his aides and seized documents and a laptop computer (New Vision [Kampala], September 16; The Standard, September 16).

In a sign of the growing distance between the Islamic Courts Union (ICU) and the more militant al-Shabaab fighters, the ICU issued a detailed statement on September 14 calling on al-Shabaab to abandon their threat to destroy any aircraft using the Mogadishu airport. A Ugandan military plane defied the threat from al-Shabaab, landing amidst a mortar barrage on September 19. The airport has been unused since (Somaliweyn, September 22). Al-Shabaab states the airport is being used to bring in Ugandan and Burundian “occupiers” (New Vision, September 15).

While acknowledging the problems posed to the resistance by AMISOM and Ethiopian military use of the airport, the ICU also noted the benefits to the Somali people through keeping the facility open, including movement in and out of the country, pilgrimage to the holy cities of Saudi Arabia, importation of needed foreign goods and the use of aircraft to send wounded civilians for emergency treatment abroad (al-Qaadasiya.com, September 14). The appeal has had no response from al-Shabaab so far.

Ugandan bases have been the frequent target of al-Shabaab hit-and-run mortar attacks and their convoys have been attacked by grenades, IEDs and small-arms fire. Two Ugandan soldiers were killed in a September 15 ambush on an AMISOM convoy on the Airport Road, near a Ugandan base. The attackers fired small arms from rooftops along the road. An AMISOM spokesman reported “AMISOM troops once again acted professionally and restrained themselves from firing into buildings that are known to be inhabited by the civilian population” (New Vision, September 15).

On September 22, Somali insurgents launched simultaneous attacks on the two main AMISOM bases in Mogadishu. Though AMISOM reported no casualties, 40 people were killed when shells fell on the city’s Bakara market (BBC, September 22). The previous evening an attack on the Ugandan base was repulsed, though Ugandan mortars were reported to have taken the lives of 18 civilians (Somaliweyn Media Center, September 22).

In an interview with Iranian TV, a spokesman for the Hawiye clan (the largest clan in Mogadishu) accused Ugandan troops of responsibility for the deaths of a large number of civilians. Ahmed Dirie demanded that Uganda withdraw and stop supporting the Transitional Federal Government (Press TV, September 20).

1,600 newly trained Ugandan troops are expected to relieve the current force in Somalia sometime in October. Although the UN specifies a six-month rotation schedule for peacekeepers, the Ugandan force in Mogadishu has not been relieved since their arrival in March 2007. A Ugandan People’s Defence Force spokesman said Uganda has been unable to rotate forces due to ongoing insecurity in Somalia and logistical difficulties (UGPulse.com, September 14).

This article first appeared in the September 24, 2008 issue of the Jamestown Foundation’s Terrorism Focus