Masrur Barzani, the 39-year-old chief of Asayish, the leading security and intelligence service of the Kurdistan Regional Government (KRG), gave a rare interview earlier this month (Al-Sharq al-Awsat, September 13). As the oldest son of KRG President Masud Barzani and cousin of KRG Prime Minister Nechirvan Barzani, the American-educated Masrur is centrally placed in the KRG’s hierarchy and is often touted as a possible successor to his father as president. Masrur insists his appointment was based solely on merit. 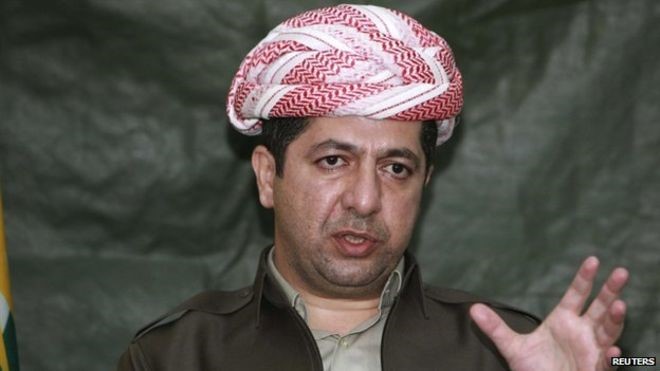 After achieving de facto sovereignty in 1991, Kurdish authorities created Asayish in 1993 as a means of unifying the separate intelligence services under the authority of the Ministry of the Interior. In practice the PUK and KDP ran separate Asayish organizations out of Sulaimaniyah and Irbil, respectively. This situation continued until 2004 when efforts began once again to unify operations, undoubtedly in response to the increased threat of terrorist attacks in the north following the American invasion of Iraq.

Responding to suggestions that Asayish receives training from the CIA and Israel’s Mossad, Masrur stated: “Frankly, if you want the whole truth from me, this news is totally untrue.” Masrur cites al-Qaeda, the Kurdish Ansar al-Islam, and the mixed Kurdish-Arab Ansar al-Sunnah as the main terrorist threats in northern Iraq. According to Masrur, Kurdish intelligence has operated against terrorist formations in Baghdad, Kirkuk and Mosul “in coordination with Baghdad, not on our own initiative.” They have also acted against spies from “neighboring countries.” In the past, this has usually referred to Turkey, Syria, and Iran, each of which host Kurdish minority populations.

On the dispute between the KRG and Baghdad over the status of the town of Khanaqin, Masrur stated: “The Iraqi Army’s entry was not for the purpose of combating terrorism, for Khanaqin is very secure. The army entered for political reasons… Khanaqin is the most secure area in the Diyala Governorate. Saddam Hussein’s regime tried for many years to seize these areas by force but failed. Now, attempts are being made to take these areas from us by other means.” 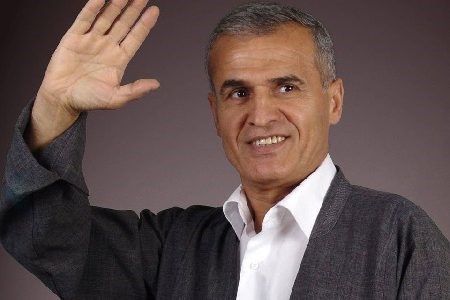 Kamal Sayid Qadir, an ethnic Kurdish law professor with Austrian citizenship, has emerged as Masrur Barzani’s personal nemesis. In October 2005, Qadir was arrested in Kurdistan and sentenced to 30 years in prison for “disgracing the Kurdish leadership… inappropriate articles… and cursing the Barzani tribe.” In a retrial a month later the sentence was reduced to 18 months. Following foreign appeals on his behalf, Qadir was pardoned and released a week later, but continued his attacks on the Barzanis (Uruknet.info, August 17). In December 2006, Qadir filed a lawsuit in Austria charging Masrur Barzani and four other members of the KRG and Kurdish intelligence services with kidnapping and torture (eKurd.net, December 28, 2006). Last February, Masrur and five of his bodyguards were arrested in Austria after Qadir was beaten and shot in the streets of Vienna (aljeeran.net, February 20; Kurdistan Post, February 20; Kurdish Aspect, February 26).

Though some human rights groups have portrayed Qadir as a righteous victim of a regime determined to suppress legitimate criticism, Qadir has frequently strayed from critiques of KRG corruption to make personal attacks on KRG leaders. In a culture highly sensitive to personal insult, Qadir has accused members of the Barzani clan of frequenting Russian prostitutes, referred to one clan member as a “homosexual” and publicly described Masrur Barzani as a “pimp.” His efforts to expose the Barzanis as KGB agents have also failed to win him any friends in the KRG (antiwar.com, August 31, 2005; Middle East Quarterly, Spring 2007). In a 2006 interview, Qadir acknowledged that some of his language was inappropriate, adding: “I want to mention that the gentlemen of the Asayish in Irbil said they did not want to prohibit me from writing, but that the thing they do not want me to do is to use words that I have used in some articles” (RFE/RL, March 7, 2006).

Masrur was not questioned directly about the Qadir case in the interview, but in denying reports of security service responsibility for the murders of a number of journalists, he noted “There are writers and journalists who can tell the difference between freedom of expression and assaults on others. There are some who cannot tell the difference and think that whatever they write falls under the heading of freedom of the press even if it slanders others.”

This article first appeared in the September 24, 2008 issue of the Jamestown Foundation’s Terrorism Focus