Turkey’s leading politicians and security officials gathered at the Prime Minister’s residence on September 11 to discuss approaches for Turkey’s ongoing struggle against the Kurdistan Workers Party (Partiya Karkeren Kurdistan – PKK). Despite a long summer of small-scale attacks on Turkish security forces in predominantly Kurdish southeastern Turkey and a series of deadly urban bombings carried out by the PKK or their allies, there is a belief at the highest levels of Turkey’s decision-makers that the PKK has been substantially weakened by military strikes against its infrastructure in northern Iraq and may be ready for a death blow to be delivered by Turkish forces in the coming year. 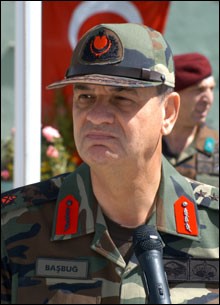 Intelligence reports prepared for the meeting by the General Staff, the Gendarmerie Command, and the MIT interpreted the recent rash of urban bombings as a sign of the PKK’s diminished ability to mount more conventional guerrilla operations in southeastern Turkey. According to a statement released after the security summit, “the duration of this fight against the separatist terrorist organization [a government euphemism for the PKK], which is close to the breaking point, is growing shorter” (Today’s Zaman, September 13).

Statistics provided in documentation prepared for the meeting showed the intensification of Ankara’s war with the PKK. 87 Turkish soldiers were killed in combat with the PKK in 2006, 114 in 2007 and 178 in the first six months alone of 2008. These losses, however, are still far smaller than figures from the 1990s, as are the total number of armed encounters with PKK fighters. Turkish figures for PKK losses revealed 250 militants killed so far this year during cross-border operations into northern Iraq, with another 514 killed inside Turkey. An additional 222 PKK fighters either surrendered or were captured by Turkish security forces from January to August this year (Today’s Zaman, September 13; Turkish Daily News, September 17).

Regional development projects such as the $12 billion Southeastern Anatolia Project (Guneydogu Anadolu Projesi – GAP) were an important part of the discussions as a means of addressing the chronic unemployment problem of southeastern Turkey, which helps feed a steady stream of recruits to the PKK bases. Covering nine provinces that currently see high levels of PKK activity, GAP is intended to raise living standards and resolve issues of economic disparity with the rest of Turkey. The construction of dams, irrigation schemes, new airports, power plants and other infrastructure is now underway in the much delayed project, first planned in the 1970s. Besides its regional goals, the massive development scheme is also expected to aid Turkey’s integration into the European Union (gap.gov.tr). 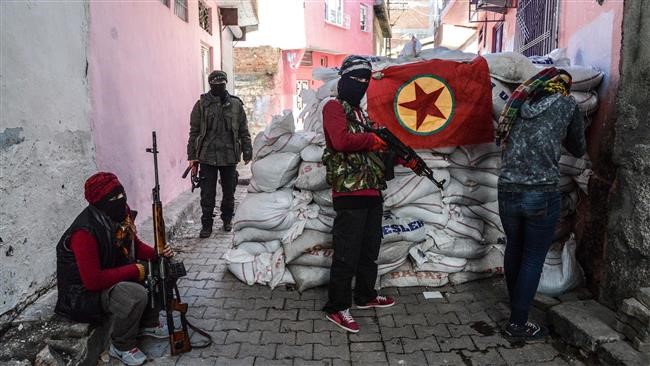 Efforts are currently underway to identify places where PKK militants might prepare winter shelters as bases for terrorist attacks inside Turkey’s urban areas. Only two days after the summit, the TSK General Staff declared the provinces of Sirnak, Siirt, Batman, Van and Hakkari to be Temporary Security Zones for the next three months. The designation gives Turkish security forces extraordinary powers to prevent the establishment of PKK bases and supply routes through the mountainous and often lightly populated regions of the five provinces.

When Turkey’s parliament resumes sessions on October 1, the government is expected to ask for approval for a one-year extension to the current mandate allowing cross-border strikes into northern Iraq, which expires on October 17. With the ruling Justice and Development Party (Adalet ve Kalkınma Partisi – AKP) controlling 341 of the assembly’s 550 seats, the resolution is expected to pass easily. The AKP is reported to be disappointed in the failure of Iraq’s central government and the Kurdistan Regional Government (KRG) of northern Iraq to take action against PKK personnel in the area. Turkey’s opposition Nationalist Movement Party (Milliyetci Hareket Partisi – MHP) has suggested it will vote in favor of the motion but accuses the AKP of being ineffective in dealing with PKK terrorism due to its desire to win ethnic Kurdish support away from the Kurdish Democratic Society Party (Demokratik Toplum Partisi – DTP) in upcoming regional elections (Hurriyet, September 12; NTV, September 16).

The improved regime of intelligence cooperation with the United States will continue to play a major role in Turkey’s offensive against the PKK. On the same day as the summit in Ankara, the U.S. State Department coordinator for counter-terrorism, Dell Dailey, declared Turkey and the United States “have intelligence sharing comparable to no other cooperation among other world states” (Hurriyet, September 11). Admiral Michael G. Mullen, the chairman of the U.S. Joint Chiefs of Staff, was in Turkey only days after the security summit for talks with President Abdullah Gul and General Basbug. Admiral Mullen pledged continued U.S. backing for Turkish operations, noting: “The operations that the U.S. supported were very effective last year” (Today’s Zaman, September 16).

In the days prior to the security summit in Ankara, General Basbug made a visit to Diyarbakir, the chief city in the ethnic Kurdish southeast. Surprisingly, his focus was on the economic rather than security aspects of the campaign to end separatist violence in the region. In a meeting with the region’s major employers and NGOs, Basbug solicited ideas for offering young people in the area alternatives to militancy while stating that he would be keeping a close eye on the progress of the GAP initiative (Bianet.org, September 5; Vatan, September 13). The General stressed the need for vocational education for young men in the region as well as greater educational opportunities for women and children. Displaying a personal touch previously unknown in the usually reserved General Staff, Basbug then made a visit to the nearby city of Van, where he crossed security barriers to meet and converse with local people who had come out for the occasion. Widely cheered for the unexpected gesture, the General commented afterward, “This is the first time that I’ve witnessed our citizens’ respect and love for our armed forces at this level. These are decent citizens. That’s it. I will not forget this experience for the rest of my life” (Today’s Zaman, September 6).

Several days after the security summit, General Basbug held a “communication meeting” with the editors and Ankara correspondents of a number of Turkish newspapers, though the representatives of several other newspapers were pointedly excluded. Indicating what seemed to be a new willingness on the part of the General Staff to open a media front in the war against the PKK, Basbug promised weekly press briefings and round-the-clock access to a TSK spokesman. The new chief-of-staff expressed his desire that the TSK should not be dragged into political debates, an apparent shift from the General Staff’s previous willingness to insert itself into all manner of internal political matters. Basbug also warned against the publication of secret military documents, after several notable instances of such documents appearing in the pages of pro-government newspapers. Efforts to persuade senior military staff to leak information would no longer be tolerated (Turkish Daily News, September 17). On the PKK front, General Basbug suggested that the organization was unable to draw more recruits today than it did in 1990, but the PKK was now drawing heavily on Syria, Iran and European countries for new ethnic-Kurdish recruits. According to Basbug, one-third of the PKK is now Syrian in origin (Bianet.org, September 16; Turkish Daily News, September 17).

In the meantime the TSK continues to harass the PKK’s own cross-border operations. Officials of Iraqi President Jalal al-Talabani’s Patriotic Union of Kurdistan (PUK) party announced on September 14 that Turkish artillery had shelled fourteen border villages in northern Iraq the same day (PUKmedia, September 14). General Basbug warned a week earlier that the Turkish military was ready to launch strikes in any kind of weather after the success of last February’s cross-border winter operations; “The message has been taken from Operation Gunes” (Today’s Zaman, September 6). General Basbug also made it clear the TSK will not allow this perceived opportunity to eliminate the PKK to slip away through a narrow focus on military options: “The PKK is heading towards a breaking point. What is important is how we will make use of it…. The organization has been in this situation before, but we made mistakes” (AFP, September 17).