Eleven soldiers and one civilian were abducted by AQIM after a September 15 ambush in the Tourin area of Mauritania’s Tiris Zemmour province, near the iron-ore mining town of Zouerate. The missing men were found decapitated and mutilated in a desert area on September 20 (AFP, September 21). 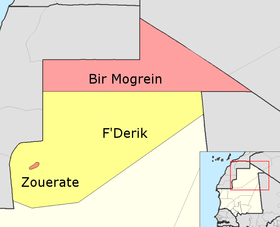 The 12 men are believed to have been killed by Algerian elements of al-Qaeda in the Islamic Maghreb (AQIM) (Al-Akhbar [Nouakchott], September 21). The militants seized two military vehicles, weapons and a large quantity of ammunition. Despite being over 500 miles from the closest border at the time of the attack, the militants managed to evade patrols and aerial surveillance in making their escape (AFP, September 17).

Mauritania’s president, Sidi Mohamed Ould Cheikh Abdellahi, was deposed by a military coup on August 6. He and Prime Minister Yahya Ould Ahmad Waghf remain under house arrest. The coup leader was General Mohamed Ould Abdel Aziz, who claims Abdallahi was negotiating with Islamist militants, going so far as to offer them positions in the government in return for an end to political violence.

A Mauritanian newspaper said sources within the military reported that U.S. intelligence informed the Mauritanian command that vehicles carrying armed militants were in Tiris Zemmour province. To the displeasure of the Americans, the Mauritanian military failed to take the information seriously (Al-Akhbar, September 16).

AQIM claimed responsibility for the attack in a September 23 internet message (al-Fajr Media Center, September 23). The statement said the attackers were under the command of Shaykh Abd al-Hamid Abu Zaid. The operation was designed to “avenge the oppressed prisoners in the Mauritanian prisons” and urged members of the military to “repent” and abandon “this hireling army of the Jews and the Christians.” Mauritania is one of only three Arab nations to have diplomatic relations with the state of Israel. 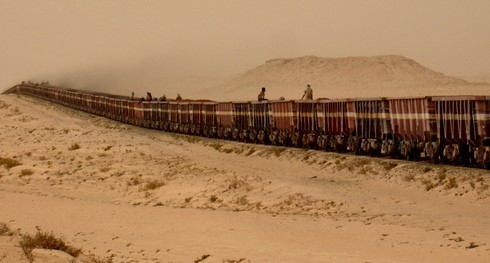 Carrying away the product of the open-pit mine at Zouerate

In a video entitled “A Message to our Ummah in the Islamic Maghreb,” AQIM leader Abu Musab Abdul Wadud (a.k.a. Abdelmalik Droukdel) called for jihad against Mauritania’s government, claiming that Mauritania “has become a nest of foreign intelligence, at its head the [Israeli] Mossad… Does [Mauritania] think that the Al-Qaeda Organization in the Lands of the Islamic Maghreb will accept this situation and leave Israel in peace inside its embassy, throwing off its venom and plotting and fomenting coups and inciting the military against the sons of the nation, the best of its youths? ” (Al-Fajr Media Center, September 21).

The imprisoned leader of al-Qaeda in Mauritania, Khadim Ould Saman, issued a statement in August opposing the coup: “The coup that established the new regime is undoubtedly authored by the infidel West… It is then our duty to launch a holy war against it” (Taqadoumy [Nouakchott], August 30). The militant leader is facing charges in connection with the massacre of four French civilians last year.

Mauritania’s Communications Minister tried to downplay the threat while calling for international assistance: “What’s happening are pretty major incidents that are, however, taking place in the far north and as you know very well what happens in Siberia doesn’t necessary bother people in Moscow. That said, I would very much like the international community to assume its role of solidarity with us because this danger doesn’t only affect Mauritania. It’s a danger to the whole world” (Radio France Internationale, September 23). Morocco responded quickly by sending a team of military engineers and technical experts from the Gendarmerie to help identify weaknesses in Mauritania’s border security (Assabah [Casablanca], September 23).

The deteriorating security situation in Mauritania will inevitably have a negative effect on efforts to restore a civilian, elected government. The current military regime is expected to use the attack to seek the restoration of U.S. military aid, suspended after the August coup