In recent years Russia has been beset by terrorist activities emanating from familiar sources – ethnic nationalism, radical Islamism, and criminal activity. The latest terrorist threat in Russia, however, may be coming from a completely unexpected direction – Slavic neo-paganism. 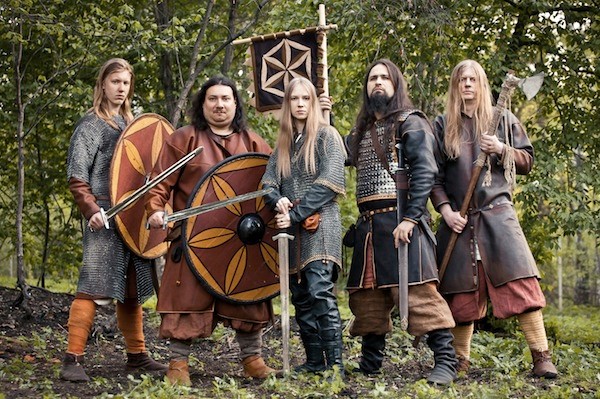 Earlier this month, the Federal Security Service (Federalnaya Sluzhba Bezopasnosti – FSB) and Interior Ministry police arrested six members of a group accused of bombing railway facilities and an Orthodox church, attacking foreigners, and planning an attack on a McDonald’s restaurant (Interfax, January 19; NTV-MIR [Moscow], January 21). Surprisingly, the young suspects (aged between 17 and 24) were described as belonging to a group that worshipped pre-Christian Slavic deities, part of the Slavic world’s growing Rodnovery (native faith) movement, which regards Christianity as an unwelcome and alien intrusion into Slavic life.

In Russia the movement has reverberated most with young people who grew up in the post-Soviet period and feel no particular attachment to the long-repressed Orthodox Church. Though its origins can be found in 19th century academic works, modern Russian Neo-paganism has tied itself closely to popular youth culture. Typical of the movement’s appeal to youth is the emergence of Arkona, a popular “Slavic pagan metal” band (http://ca.youtube.com/watch?<wbr></wbr>v=8U07boPwbKw).

The neo-paganists are charged with a number of bombings, including attacks on rail lines near the Tsaricino and Bulatnikovo metro stations (October 5 and November 4, 2008). They are also alleged to have carried out a bombing in an Orthodox church on November 30, 2008, and the January 16 attempted bombing of a McDonald’s restaurant near the Kuzminsi metro station (NTV-MIR, January 21; Moscow Times, January 22).

A Ministry of Sport official was originally detained in connection with the investigation, but was released due to lack of evidence after it appeared bomb-making materials found in his flat belonged to his cousin, an alleged group member (Kommersant, January 21). Yevgenya Zhikhareva, the 17-year-old girl who was alleged to be the group’s leader, was also released because of a lack of evidence (Moscow Times, January 22). The suspects are charged with involvement in the murder of at least ten foreign nationals and a series of bombings over the period 2008-2009. Moscow police chief Vladimir Pronin reported a total of 47 fatal attacks on non-Slavic foreigners in Moscow last year (Moscow Times, January 22).

Since the last traces of Russia’s pre-Christian religion were purged in the medieval period (save those elements that had been absorbed into local Christian folk ritual), the modern movement draws heavily on the literary and artistic legacy of Russia’s 19th century Romantic movement, which focused on the mythology of an heroic pre-Christian era. Many Rodnovers (as followers are termed) use the allegedly ancient Book of Veles as a sacred text, though most scholars regard the work as a modern forgery (the original text, carved on a series of wooden planks, was lost in World War II). Though some Rodnovers are seeking an authentic religious experience, others are attracted to the movement by its association with extremist nationalism. Given the release of two of the suspects so far, it remains to be seen if neo-paganism poses a new security threat to the Russian Federation.

This article first appeared in the January 28, 2009 issue of the Jamestown Foundation’s Terrorism Focus