In a recent interview, a commander of the Masadat al-Mujahideen, a Gaza-based Salafist militant group, described his movement’s confrontation with Hamas, demanding that the Islamist movement “repent” its apostasy and stop fighting the Salafists “on behalf of the Jews” (Shabakat al-Tahadi al-Islamiya, February 16). Beset by internal dissension over prisoner swap negotiations with Israel, an international embargo, the cutting off of its tunnel smuggling system by Egyptian forces, and the assassination of a leading Hamas commander in Dubai, Hamas now faces an ongoing and often violent struggle with Salafist militants who reject Hamas leadership. 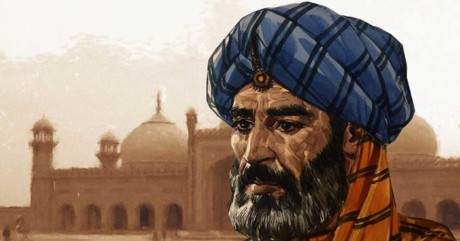 Describing his movement as a “Salafist Jihadi group,” Shaykh Abu Ubaydah al-Ansari outlined the motivation of Masadat al-Mujahideen. “We gathered and agreed to support our religion and liberate our lands and sanctuaries, not out of patriotism, but as a compulsory Islamic duty. Whenever one expanse of the lands of Muslims is occupied, Muslims must liberate it, under Islam.” Typical of Salafi-Jihadi groups, Shaykh Abu Ubaydah goes on to cite the influence of Shaykh Ibn Taymiya (1263-1328), whose fatwa declaring nominally Muslim Mongol invaders “apostates” because their use of “man-made laws” rather than Shari’a gave the Mameluke rulers of Egypt and Syria the necessary religious justification to fight invaders who claimed to be fellow Muslims. In this context, Abu Ubaydah quotes Ibn Taymiya, “There is no more necessary duty – after faith – than pushing back the attacking enemy who corrupts the religion and the world, under any condition. Yet, if the enemy wants to attack Muslims, repulsing him is the duty of everybody, whether they volunteered or not.” Though Ibn Taymiya’s works remain controversial in Islamic theological studies, Salafists tend to imbue him with an authority just short of the Qur’an and the Hadiths in legitimacy. Ibn Taymiya’s influence is seen in Abu Ubaydah’s declaration. “He who applies manmade law and human legislation, whether he is a Palestinian or something else, becomes an infidel, and whoever resorts to it for judgment also becomes infidel and fighting him becomes permissible.”

Though Hamas has made significant moves in making Shari’a the law of Gaza, these efforts fall short of Salafist expectations. Abu Ubaydah refers to “imitations of Shari’a,” and asks, “What can we say about one who applies Shari’a as legislated by himself? There is no doubt that this person is an infidel, as agreed by all scholars, no matter how big his turban is, nor how small his garment.”

The Palestinian Salafists are also displeased with Hamas’ failure to prosecute a jihad against Israel and what they perceive as a decline in anti-Israel militancy on the movement’s part since it formed the Gaza government. “Formerly, they were fighting the Jews, but currently they fight those who fight and confront the Jews [i.e. the Salafists]… If they want to repent, stop their unilateral battle against us, and leave us alone, we will welcome their desire in order to devote ourselves to fighting the Jews. However, if they insist on fighting us on behalf of the Jews and to keep their positions, the conflict will not be settled… We believe that it is not permissible to reconcile with them for they have become apostates.”

This article first appeared in the March 4, 2010 issue of the Jamestown Foundation’s Terrorism Monitor