As it gradually becomes drawn into the war in neighboring Somalia, Kenya has begun looking for new sources of security assistance beyond traditional partners like Great Britain and the United States.

On February 11, Kenya’s Minister of Internal Security, George Saitoti, met with his Israeli counterpart Yitzhaq Aharonovich in Jerusalem to request Israeli military assistance in countering radical Islamists who are threatening Kenya (Shabelle Media Network, February 14). Saitoti told the Israeli Minister, “The jihad is taking over Somalia and threatening to take over Kenya and all of Africa. No one is more experienced than you in fighting internal terror.” Israeli officials brought up the problem of African migrants and refugees attempting to enter Israel through the Sinai, bringing this response from the Kenyan Interior Minister: “Help us fight al-Qaeda and we’ll help you with the infiltrators. We have vast knowledge in the subject” (Y-Net News, February 11; Arutz Sheva, February 11; Somaliland Press, February 12; Israel Today, February 14). The Israeli government was also reported to have said that it is ready to hold consultations on forming a joint force with Kenya to guard the northern Kenyan border with Somalia and prevent the entry of extremists (Shabelle Media Network, February 14). 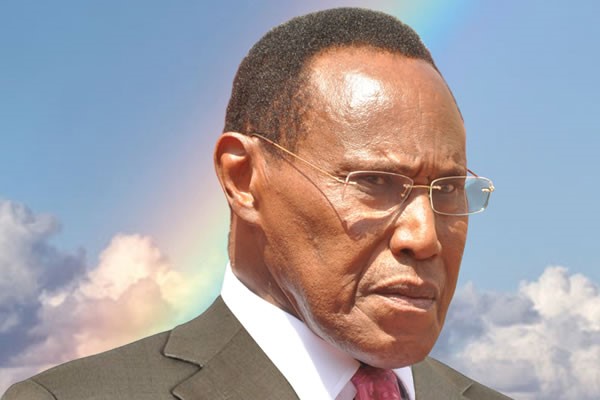 The talks with Kenya appear to be part of a growing Israeli interest in the Horn of Africa. In early February, the spokesman of the Israeli Ministry of Foreign Affairs, Yigal Palmor, told Somali media that Israel was ready to recognize the breakaway territory of Somaliland as an independent nation (Golis News, February 11).  If Israel proceeds, it would be the first nation in the world to recognize Somaliland since its split from the rest of Somalia in 1991.

International recognition is almost an obsession in Somaliland, a territory that is unable to receive foreign aid, military equipment or development assistance without it. The elected government in Hargeisa would be sure to show its appreciation to any nation that broke the two-decade old diplomatic freeze-out. The Israeli declaration came on the heels of a statement by the deputy leader of al-Qaeda in the Arabian Peninsula that the movement intends to cooperate with Somali militants to place both sides of the narrow Bab al-Mandab strait at the southern end of the Red Sea “under the protection of Islam” (al-Malahim Establishment for Media Production, February 8; see also Terrorism Monitor, February 19). German-made Israeli Dolphin class submarines believed to be equipped with nuclear-armed cruise missiles carried out naval exercises in the Red Sea in June 2009 after passing through Egypt’s Suez Canal (Haaretz, July 5). A few weeks later, two Israeli warships passed through the Suez Canal into the Red Sea (AFP, July 14). These excursions were widely interpreted as a warning to Iran.

The Somali press has cited unconfirmed reports that Israeli troops may establish a military outpost in the Somaliland port of Berbera to guard the approaches to the Red Sea (Shabelle Media Network, February 14). Berbera’s small naval port is a Cold War legacy, built by the Soviets in 1969. Shifting alliances led to U.S. use of the port by 1980 and a U.S. upgrade of facilities in 1985. Since then, the port has become dilapidated but still continues to provide a major source of foreign currency for the Somaliland government. Berbera also has a long Soviet-built runway capable of handling all types of military and cargo aircraft.

This article first appeared in the March 11, 2010 Issue of the Jamestown Foundation’s Terrorism Monitor