Taking Algeria’s lead in securing its southern borders in the Sahara/Sahel region against terrorists, smugglers, drug traffickers and kidnapping gangs, the Mauritanian Army has announced the creation of a new military zone along Mauritania’s northeastern border with Algeria and its eastern border with Mali (for Algeria, see Terrorism Monitor, January 7, 2010). Special transit corridors and authorized gateways requiring mandatory military permits will be created in the largely uninhabited border region. General Mohamed Lamine Ould Etalib warned, “Anyone who does not comply with instructions of military units will risk being shot at directly. If anyone tries to disobey orders, he will fall under suspicion and will be directly shot” (al-Jazeera, February 14, 2010). 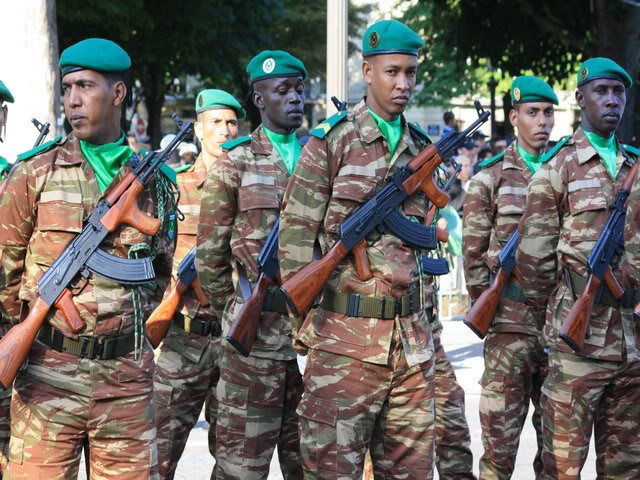 Additionally, all foreigners who have not entered Mauritania through official transit points have been ordered to report to authorities to rectify their status. Mauritanian Interior Minister Mohammad Ould Abileil stated that failure to use one of the 35 official border posts could result in interrogation and deportation (Ilaf.com, February 11, 2010). Colonel Mohamed Lamine Ould Taleb took to local television to announce that “this whole border region is now under the authority of the Mauritanian army which is imposing in it strict surveillance measures” (Sahara Media [Nouakchott], February 15, 2010).

Though the plan is largely a response to a series of al-Qaeda attacks on Mauritanian military units in the region and the activity of kidnapping gangs, the presence of French and Spanish oil firms in the area has been given as another reason for establishing a new security regime. The notoriously ill-equipped Mauritanian army and police received a major shipment of French military supplies in January, some of which appears to have found its way to a new “Special Intervention Group” patrolling the northern border region (Jeune Afrique, February 11, 2010).

Without surveillance aircraft, Mauritania will be hard-pressed to seal the vast and inhospitable border region from experienced smugglers who may know the desert better than Mauritania’s security forces.

While Mauritania sees threats from Algeria and Mali, Morocco has taken steps to secure its borders with Mauritania to prevent the movement of armed terrorist groups and smugglers. These measures include the introduction of a mobile scanner for examining trucks and containers at the busy Karkarat border checkpoint, the first of its kind in the region (Ilaf.com, February 11, 2010).

This article first appeared in the February 26, 2010 issue of the Jamestown Foundation’s Terrorism Monitor.