U.S. policy in Kurdish northern Iraq seems to be in flux, reflecting differences within the U.S. administration and the growing bitterness in U.S.-Turkish relations since Turkey prohibited the movement of U.S. troops through its territory during the March 2003 invasion of Iraq. Claims last spring by deserters from the Kurdistan Workers’ Party (PKK) that U.S. trucks were delivering arms to PKK bases in the Qandil Mountains of northern Iraq have resulted in a series of denials and investigations by Washington (Milliyet, July 2). 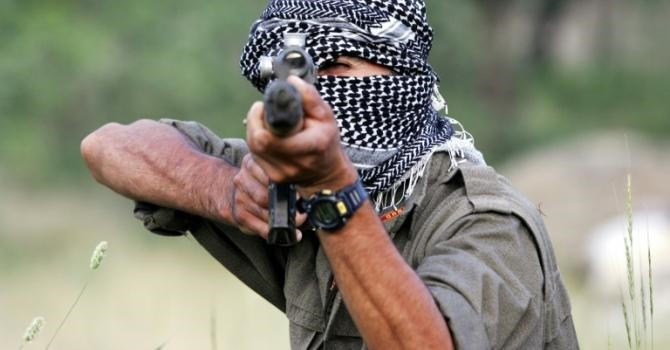 Since then, Turkey claims to have seized quantities of U.S.-supplied arms from the Kurdish militants of the PKK. Turkish Foreign Minister Abdullah Gul noted that some of the weapons seized from the PKK (including U.S.-made M-16 rifles) came from U.S. shipments to the Iraqi army, but added that if direct arms shipments were discovered, “our relations [with the United States] would really break apart” (Kanal A TV, July 15). In response, a U.S. spokesman declared, “such reports would have no basis in fact” (New Anatolian, July 17).

To deal with this crisis in relations, William J. Haynes, general counsel of the U.S. Department of Defense, led a seven-member team of U.S. officials in closed talks with representatives of the Turkish General Staff (including the deputy chief-of-staff, General Ergin Saygun), the Foreign Ministry, the Security Directorate and the National Intelligence Organization (Today’s Zaman, July 27). The meeting discussed an ongoing investigation by the U.S. Department of Defense into reports that U.S. arms were being sold by U.S. troops in Iraq. The session was no doubt prompted by Prime Minister Recep Tayyip Erdogan’s complaints that U.S. explanations were unconvincing as to why “a serious amount” of weapons confiscated from the PKK were U.S.-made (NTV, July 16). Shortly after the meeting, an FBI delegation headed by FBI International Operations Chief Thomas Fuentes arrived in Ankara to further discuss the problem with Turkish officials.

The Department of Defense delegation suggested that the U.S.-origin arms seized from PKK fighters were diverted from U.S. supplies to government troops by elements in the Iraqi security apparatus, but the FBI’s involvement suggests a criminal case involving unauthorized arms transfers by U.S. personnel. According to Foreign Minister Gul, the results of an internal investigation indicate that corrupt U.S. troops were involved in selling arms to the PKK (NTV, July 19). The other (and most dangerous) possibility is that covert U.S. arms supplies to the anti-Iranian Party for a Free Life in Kurdistan (PJAK) were shared with Kurdish comrades in the PKK. PJAK leader Rahman Haj-Ahmadi was in Washington recently seeking financial and military aid for his movement, despite PJAK and the PKK being designated terrorist organizations (Today’s Zaman, August 6). PJAK is effectively an offshoot of the PKK and shares many of the same facilities and resources in the Qandil Mountains (Terrorism Monitor, June 15, 2006). Iran claims that PJAK is already receiving arms and other assistance from the United States.

According to the Report of the Special Inspector General for Iraq Reconstruction in 2006, of 370,000 light weapons shipped by the United States to Iraq since 2003, only three percent had their serial numbers recorded by the U.S. Defense Department before distribution, making it very difficult to trace captured weaponry. Much of the equipment supplied by the United States is not of American type, such as AK-47 assault rifles and Austrian-made Glock pistols. The U.S. government cannot account for the ultimate destination of 190,000 weapons issued in Iraq during the 2004-2005 train-and-equip program, according to a report issued by the U.S. Government Accountability Office (GAO). The GAO notes that record-keeping has improved, but arms are still being delivered without proper documentation (GAO-07-711, July 31). Iraqi President Jalal al-Talabani has protested the practice of American commanders arming various Iraqi factions without consulting the Baghdad government. At the same time, the Iraqi government is complaining of Washington’s slow response to Baghdad’s offer to buy $1.5 billion worth of American arms, including helicopters and M-16 rifles. China has stepped in as an alternate supply, and Iran has also offered to supply the Iraqi government with weapons and training (Agence France-Presse, July 26).

In late July, the U.S. Department of Defense provided a secret briefing to select members of Congress on a new plan to have U.S. Special Forces members assist Turkish forces in eliminating the PKK leadership in northern Iraq. The most likely targets would have been PKK leaders Murat Karayilan and Cemil Bayik, two men named in a similar scenario discussed at Washington’s Hudson Institute last June in the presence of Jalal al-Talabani’s son and two Turkish generals (ROI TV, June 23; Anatolia News Agency, June 19).

Meanwhile, problems continue to loom on the horizon for U.S.-Turkish relations. The U.S. House of Representatives is expected to pass a bill next month recognizing Ottoman massacres of Armenians in World War I as “genocide.” It is an unusual move by legislators who otherwise spend little time analyzing historical questions, and one that will be regarded as a slap on the face by many in the Turkish government and military. If the recently signed Turkey-Iran natural gas deal goes forward, Turkey may become subject to U.S. sanctions, creating a major NATO rift with a range of implications, few of them favorable to the United States. Reports are also surfacing in the Turkish media that the United States has started to look for alternatives to its Turkish military bases in the Balkans, Azerbaijan and even northern Iraq. If true, this suggests that planning is already underway for the eventuality of a break in Turkish-American relations (Turkish Daily News, July 26). The downward slide in relations is reflected by a July poll by the U.S.-based Pew organization showing that only nine percent of Turks had a “positive view” of the United States. More alarmingly, 75% of Turks were concerned that their NATO ally could pose a military threat to Turkey (Sunday Telegraph, July 29). In winning the “hearts and minds” of Iraq’s Kurdish minority, the United States appears to be losing those of a vital ally.