Yemen is preparing to try a number of prisoners who are accused of being associated with al-Qaeda terrorist activities in Yemen and abroad. The most notable prosecution involves Muhammad Hamdi al-Ahdal (also known as Abu Asim al-Makki) and his associate Ghalib al-Zaidi, who have been held since December 2003. Al-Ahdal is described as a veteran of fighting in Chechnya and Afghanistan (where he lost a leg) before returning to Yemen to conduct terrorist operations. He is a former deputy to Sinan al-Harthi, an al-Qaeda operative killed by an American drone aircraft in 2002. 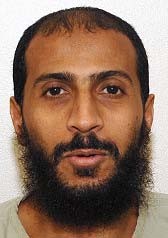 U.S. lawyers from the Center for Constitutional Rights visited Yemen last week to meet with families of the men being held at the Guantanamo Bay prison. A lawsuit is being prepared on behalf of 60 Yemeni citizens still held in the Cuba-based prison. On January 23, it was announced that four men released from Guantanamo a year ago will be tried on charges of being al-Qaeda members. It had been widely expected that the men would be released for lack of evidence. A fifth suspect released from Guantanamo is being tried in a separate action on charges of drug trafficking. Karama Sa’id Khamsan was arrested near the Afghanistan/Pakistan border by Pakistani police and was turned over to U.S. forces in 2001, although it is now alleged that he was there to take delivery of two tons of hashish bound for Yemen (Gulf Times, January 24, 2006).

In addition, 19 people suspected of planning the assassination of U.S. officials and planning other terrorist acts in Aden have been delivered for prosecution. The 19 are accused of having returned from jihad in Iraq with orders from Iraqi al-Qaeda leader Abu Musab al-Zarqawi to begin operations in Yemen.

There are conflicting reports about the whereabouts of Yemeni businessman and member of the ruling General People’s Congress Abdul Sala’am al-Hilah. Last week, Amnesty International reported that al-Hilah was now in Guantanamo Bay, but the Yemeni Foreign Ministry claimed he was still in a prison in Afghanistan. Al-Hilah told Amnesty that he was kidnapped in Egypt in September 2002 before being transported to prisons in Azerbaijan and Afghanistan (Yemen Observer, January 21, 2006).

Also at Guantanamo, another Yemeni was put on trial by U.S. military authorities this month, one of the first two prisoners to face a military commission. In a 10 minute speech before the commission, Ali Hamza Ahmad Sulayman al-Bahlul denounced American support for Israel, declined the services of his court-appointed U.S. military lawyer (who faced four prosecutors) and declared a boycott of the entire proceedings. Al-Bahlul was a media specialist for Osama bin Laden who created a video lionizing the al-Qaeda attack on the USS Cole in Yemen in 2000. Additional charges of conspiring to carry out terrorist activities means al-Bahlul could face a life sentence. The trial has been adjourned until May 15.

The government of President Ali Abdullah Saleh has been one of the United States’ staunchest allies in the war on terrorism. Yet, while the Yemeni government cracks down on Sunni terrorism, it faces renewed fighting from Zaidi Shiite rebels in the mountainous north of the country. The insurgents, who ambushed an army column on January 19, are believed to be ex-followers of preacher Husayn al-Huthi, who was killed along with many supporters in battles with security forces in 2004. The renewed attacks are sure to disappoint the government, which has made concerted efforts at reconciliation with the restive North.

This article first appeared in the February 1, 2006 issue of the Jamestown Foundation’s Terrorism Focus