Yemen’s U.S.-sponsored fight against al-Qaeda suffered a severe blow last week with the escape of 23 convicts from a high security prison in the capital of Sana’a. Among the escapees were 13 al-Qaeda suspects imprisoned for their roles in the 2000 bombing of the USS Cole and the 2002 attack on the French oil tanker Limburg. On February 5, Interpol issued a global alert that described the fugitives as a “danger to all countries.” The prison break came only one day before the trial date of Muhammad Hamdi al-Ahdal and 14 other al-Qaeda suspects. Al-Ahdal is accused of directing the Cole bombers, but was to be tried on charges of financing terrorism. That trial has now been postponed indefinitely. 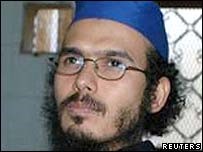 The escape took place February 3 from the Sana’a national headquarters of the Political Security Organization (PSO), Yemen’s leading intelligence agency. The possibility of inside help for the mass escape from Yemen’s most tightly guarded prison has raised the question of whether the state security services harbor agents sympathetic to al-Qaeda. The prison’s previous commander and deputy were dismissed just two weeks ago after two Zaydi militants escaped. Government sources initially claimed that the al-Qaeda fugitives escaped through a 70-meter tunnel that emerged in a nearby mosque (http://www.26sep.net, February 4). Later reports suggested that the tunnel was 140 meters long and was dug from the mosque into the prison.

Unlike Yemen’s three other major security agencies, the PSO leadership is recruited solely from military officers and reports directly to President Ali Abdullah Saleh. Like the army, the PSO is believed to include many Salafists and Baathist sympathizers, a legacy of Yemen’s broad support for the 1980s anti-Soviet jihad in Afghanistan and a long alliance with Saddam Hussein’s Iraq (Gulf States Newsletter, December 9, 2005). The U.S. war in Iraq is widely opposed in the officer corps, many of whom were trained in Iraq. The PSO has been accused within Yemen of mass extra-judicial arrests made in an effort to flush out al-Qaeda members. In July 2002, the home of PSO Vice Chairman Ali Mansur Rashid was attacked by armed men seeking the release of “173 Mujahidin” (al-Ahram Weekly, August 15-21, 2002). 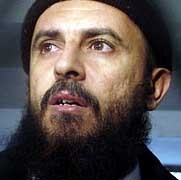 The escapees included two notable figures. Jamal al-Badawi was charged as one of the main plotters in the strike on the Cole. President Saleh commuted the sentence of death that followed al-Badawi’s conviction to a prison term of 15 years. In politically volatile Yemen, prosecutions are often dependent upon the political consequences of a conviction, and occasional commutations and amnesties are part of maintaining Saleh’s presidency. Al-Badawi was one of 10 al-Qaeda members who escaped from an Aden prison in April 2003. Like the prison in Sana’a, this facility was also run by the PSO.

The other fugitive of note is Fawaz al-Rabihi, another leading al-Qaeda figure in Yemen. Al-Rabihi came to the attention of the FBI in early 2002, when the agency issued a warning that al-Rabihi had left Afghanistan with the intent of striking U.S. interests in Yemen or the U.S. homeland. Al-Rabihi struck in October 2002, attacking the Limburg with a primitive bomb-boat under the alleged direction of al-Ahdal. The explosion killed one sailor, and the consequent three-fold increase in maritime insurance for the area severely damaged Yemen’s economy. In an outburst after receiving the death sentence from a Sana’a court, the Saudi-born al-Rabihi claimed he had given his pledge to Osama bin Laden to kill Americans. The escapees may be heading to Salafist strongholds in Shabwah, Marib or al-Jawf provinces

This article first appeared in the February 7, 2006 issue of the Jamestown Foundation’s Terrorism Focua