In a bold attempt to reassert Russian influence in the Middle East, Russian President Vladimir Putin has issued an invitation for leaders of the Palestinian Hamas movement to visit Moscow in early March. The meetings will mark a break with the rest of the “Quartet” of Middle-East peace negotiators (the United States, the United Nations and the European Union), who, together with Israel, are calling for Hamas to refute its declared intention of destroying Israel. Further alarming Israel, the head of the Russian General Staff mentioned the possibility of arms sales to Hamas, although Defense Minister Sergei Ivanov soon added that such sales would be made only with Israeli approval. The Soviet Union had a strong tradition of supporting left-wing Palestinian independence movements, and Putin’s latest gambit appears to be part of Russia’s continuing attempt to reclaim an influential role in parts of the Islamic world. 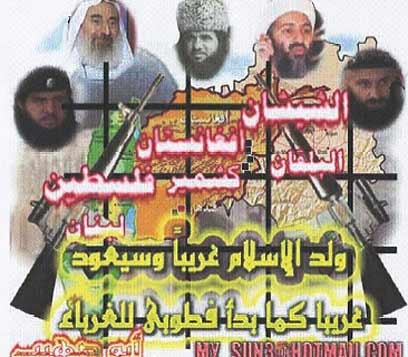 Russia’s relationship with Hamas involves policy contradictions for both parties. Hamas has given verbal support to Islamist movements throughout the world. On the other hand, the Kremlin has consistently warned of a vast Islamist conspiracy to create a new Caliphate since the second Russian-Chechen war began in 1999. After 9/11 Moscow began to complain of al-Qaeda infiltration in the North Caucasus, and has characterized the Chechen resistance as a group of Osama bin Laden-influenced radical Islamists. Israel was thus taken by surprise by Putin’s invitation to the Hamas Islamists, and has responded with an effort to convince the Kremlin that Hamas is closely tied to the Chechen mujahideen.

Russia’s Foreign Ministry is adamant that the Hamas visit will be used to persuade the Palestinian Islamists to reform their mandate with regard to the existence of Israel. In response to Israeli charges that the meetings contradict Russia’s condemnation of “Wahhabism” (the Russian government’s term for Islamism) Russian diplomats point to their record in Chechnya as proof that Moscow does not support Islamism or the terrorist methods of groups like Hamas.

Partners in Jihad? The Evidence

A pamphlet issued by Israel’s Intelligence and Terrorism Information Center (ITIC) alleging common cause between Hamas and the Chechen independence movement is being widely distributed by the Israeli government through its foreign missions. Directed specifically at the Kremlin, the pamphlet relies on material first posted to the Center’s website in September 2004.

This material gained little attention when it was first posted, for reasons that seem rather clear. Rather than establishing proof of collaboration between Hamas and the Chechens, the “evidence” consists solely of computer graphics found on discs seized in raids on Hamas-related facilities. The digitized “posters” contained on the CDs include images of Shaykh Yassin, Osama bin Laden, Shamyl Basayev and the late Saudi mujahid, Ibn al-Khattab. The only other evidence is a confiscated copy of a CD called “Russian Hell in the Year 2000,” a graphic account of early mujahideen activities early in the latest Russian-Chechen war that has been available for order from the internet for the past six years.

The Mujahideen and the Intifada

The Chechen resistance has generally had little to say about the Israeli-Palestinian conflict in their public statements, save for a brief period in 2000. As the second Palestinian intifada broke out in the Fall of 2000, Chechen warlord Shamil Basayev (then leader of the Mujahideen Military Command Council – MMCC) turned his attention to the holy city of Jerusalem. Apparently incensed by Israel’s repression of the revolt, Basayev announced that 150 mujahideen were ready to depart from Chechnya to launch a jihad in Palestine if transport through neighboring Muslim countries could be obtained (Qoqaz.com, October 11, 2000). An accompanying statement issued by the MMCC pointed out that the Russian Army also “had Jews in military ranks both as soldiers and engineers” (Qoqaz.com, October 11, 2000). It was further decided to deliver $1,000 to the family of each of the Palestinian “martyrs” (Kavkaz.com, October 17, 2000; There is no record of any such payment being made.) Another statement from the MMCC on international Muslim reaction to the outbreak of the intifada seemed to reflect Chechen dissatisfaction with the Islamic world’s lack of material support for their own cause:

Palestine is surrounded by Muslim countries who lavishly spend billions on their military. They have the latest generation armored fighting vehicles and state-of-the-art fighter jets but not one bullet have they fired in defense of the Muslims (Azzam Publications, October 9, 2000).

Much of the language used in the current Israeli appeal to Moscow is oddly similar to that used by the Kremlin after hearing of Basayev’s intentions. At the time Russian government representatives spoke of an international conspiracy of Islamists that threatened the entire “democratic” world. Basayev continued to insist that his offer was sincere and feasible, though the entire mission seemed quite improbable:

The Shari’a requires us to assist those Muslims who are struggling to free the sacred places of Islam—the city of al-Quds [Jerusalem] and the al-Aqsa Mosque. Those belong to all Muslims, regardless of their nation or ethnic group. It is a clear duty of all Muslims to help the Palestinians (Kavkaz.com, October 19, 2000).

Ultimately, Russian military pressure vanquished Basayev’s dreams of a Chechen-led liberation of Jerusalem, and neither mujahideen nor money left Chechnya.

It is difficult to draw evidence of a sinister conspiracy from a graphic artist’s juxtaposition of images of Hamas, al-Qaeda and Chechen leaders on a handful of posters. They may reveal a certain sympathy among some Palestinians for the Chechen insurgency, but they are not proof of collaboration. Of the many Arabs who have passed through the ranks of the Chechen mujahideen, few have been Palestinian. Young Palestinians seeking jihad do not need to travel. Arab financial aid to the Chechen struggle has always been centered in the wealthy Gulf States rather than impoverished Palestine.

The ITIC document declares that Hamas supports a “radical jihad agenda” in Russia. The reality is that Palestine has done little to aid the Chechen cause while the Chechens themselves have proven justifiably wary of groups such as Hamas, which appear ready to abandon the international aspects of jihad when their own interests are at stake. In the end the Chechens are remote non-Arab Muslims whose cause will never resonate with Palestinians in the same way as the ongoing insurgency in Iraq (a neighbor and a traditional center of Sunni Islam and Arab culture).

In mid-February of this year, another Hamas delegation made an official visit to Ankara, the capital of Israel’s strategic ally, Turkey. In like fashion to the Russian controversy, outraged Israeli politicians pointed to a Turkish double standard by asking what Ankara’s reaction would be if Israel invited a delegation of Kurdish separatists to Jerusalem. Turkish officials claim that the talks were also intended to move Hamas’ position on Israel closer to that suggested by the “Quartet” while urging Israel to recognize the results of the Palestinian election “and move away from violence” (Zaman, February 18, 2006).

Like raising the issue of the Kurdish “PKK terrorists” with Ankara, the recycled evidence of the ITIC is clearly designed to embarrass the Kremlin. In this sense it may be successful, but it cannot be taken as serious evidence of “terrorist cooperation” between Hamas and Chechnya’s mujahideen.