Last week’s apparent attempt by the Taliban to occupy the Arghandab district of Kandahar province perplexed many observers. Following the successful raid and breakout of prisoners from Kandahar Prison on June 13, the large-scale operation in Arghandab, where there is little support for the Taliban, resulted in the loss of scores of Taliban fighters. 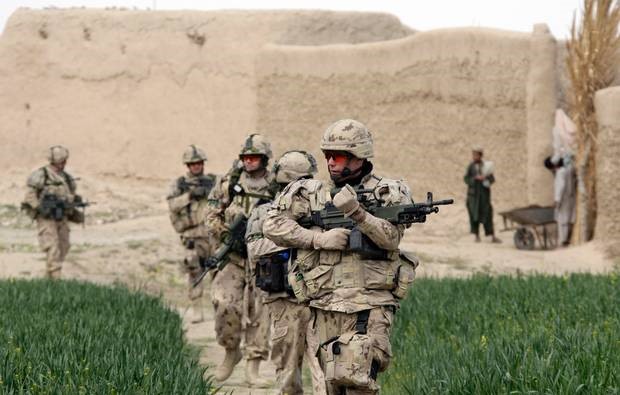 A June 19 statement from Taliban spokesman Qari Yusuf Ahmadi outlined some aspects of the movement’s strategy: “There were some hidden objectives behind our plan to enter Arghandab… The obvious aim of this was to show that we can easily enter an area and then leave it without suffering any casualties whenever we want to. We also wanted to divert the enemy’s attention to this area so that our prisoners could safely return to their homes” (Voice of Jihad, June 19). According to Qari Yusuf, the Taliban fighters left the district of their own accord rather than being driven out: “They did so in order to prevent loss of life and material among the local people, because the enemy’s cruelty and their bombardment of the area, which would have caused losses to civilians, were intolerable.”

Afghan troops assisted by Canadian forces quickly defeated the insurgents in a counter-offensive that began on June 18. The Taliban claimed a loss of only six men, but a Defense Ministry spokesman cited a loss of 56 fighters, while Kandahar governor Asadollah Khaled claimed over 100 Taliban were killed (Tolo TV, June 19).

The number of Taliban fighters killed in the operation is disputed by Afghan and Coalition security forces, though there seems little doubt that hundreds of fighters were involved in a sweep through at least a dozen villages in Arghandab. There was similar disagreement over the number of foreign militants involved in the operation, with Afghan security officials claiming that the large number of militants wearing the distinctive woolen pakool cap indicated that most of the attackers came from Pakistan, though other sources failed to see the pakool worn by any of the dead fighters (Globe and Mail [Toronto], June 21). The fighters were apparently led by a Taliban commander known as Mullah Shakoor.

The withdrawal does not appear to have been hurried; before leaving Arghandab the Taliban are reported to have destroyed an important bridge and heavily mined and booby-trapped the whole district. It was, according to General Zaher Azimi, “a move similar to the Russian occupiers” (Tolo TV, June 19; Radio Afghanistan, June 17).

There is some speculation within Afghanistan that the Pakistani government organized and financed the operation as covert retaliation for successive U.S. strikes on targets within Pakistan’s North-West Frontier Province (Hasht-e Sobh, June 18).

Canadian Brigadier General Denis Thompson did not agree with Afghan speculation that the attack was part of an attempt to occupy the provincial capital: “What you have to understand about this district is it’s all one tribe, the Alokozai… They’re mostly pro-government. So this was the Taliban demonstrating to the tribe that they’re vulnerable. It was a psychological operation, not a military operation” (Globe and Mail, June 21).

Until last October the leading Alokozai elder was Mullah Naqib, a famous anti-Soviet mujahideen and a leading backer of the Hamid Karzai government in Kabul. Though he resisted Taliban encroachment into Arghandab, Mullah Naqib was also prominent at times in negotiations with the Islamist militants. Following his death from a heart attack last fall, the Mullah was replaced by his 26-year-old son on the orders of Hamid Karzai. The appointment of this untested youth broke with tradition—tribes generally choose their own leaders—and overlooked a number of capable fighters and leaders in the tribe. There is reason to think that the Taliban operation was intended to intimidate the Alokozai into cooperation or passivity, eventually clearing the way into Kandahar.

This article first appeared in the June 24, 2008 issue of the Jamestown Foundation’s Terrorism Focus