With rumors emerging once again of the death of Osama bin Laden, it seems like an appropriate time to examine the future of al-Qaeda in the event of the elimination of Bin Laden and his Egyptian second-in-command, Dr. Ayman al-Zawahiri. Both Bin Laden and al-Zawahiri have been rumored to be dead before, but with the American drone campaign continuing to take out high level al-Qaeda personnel on the Afghan-Pakistan frontier, there is every possibility that we might soon wake up to a world without Bin Laden or his Egyptian deputy and be faced with the question of just what that means for global security. 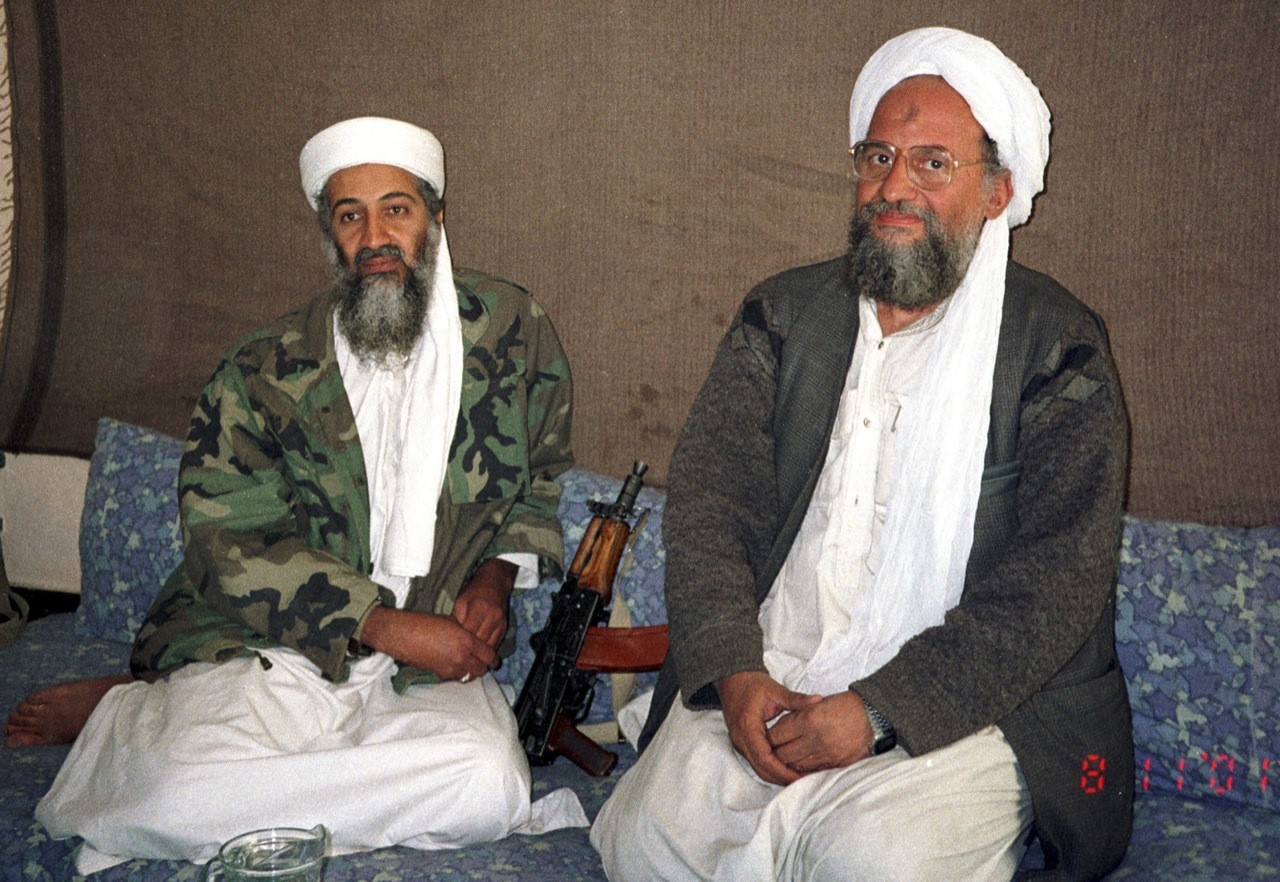 How Important is Bin Laden Anyway?

Bin Laden is not a religious scholar; he is not a military planner; he is not even a politician. He will, however, always be the man who brought down the twin towers and struck the Pentagon itself. Beside that, he is a Saudi. This is an important consideration in a movement that has always lacked qualified or inspiring religious scholars in its leadership – at least having a Saudi from the Land of the Two Holy Places (Mecca and Medina) at the top of the al-Qaeda totem pole gives some veneer of respectability to the organization. In the event of his demise, the calculating and ruthless al-Zawahiri appears to be an uninspiring choice for leader, despite his importance in day to day operations. Beyond al-Zawahiri there is little evidence of a plan of succession, and as notable figures in the movement continue to be reaped by the American drone campaign the number of well-known possibilities continues to shrink.

As we approach the tenth anniversary of the 9/11 attacks, al-Qaeda still has nothing resembling a coherent political program other than promises of some ill-defined Caliphate. In this sense they have been far outstripped by Islamist movements like Egypt’s Muslim Brothers, who have passed through violent radicalism into grass-roots political development based on thoroughly planned communications, education and recruitment programs (see ikhwanweb.com). The Brotherhood has so efficiently monopolized Islamist politics in Egypt that al-Qaeda has made few inroads into the Arab world’s largest nation since al-Zawahiri and several of his colleagues fled Egypt for Afghanistan in 1998. Sudan, a country where the local Muslim Brothers share power with the military, is similarly free of al-Qaeda activity since the departure of Bin Laden in the mid-1990s. Hizb ut-Tahrir, strong in Asia and the UK, is another international Islamist movement that will probably outlast al-Qaeda as a political force. Much of HuT’s success in Central and South Asia has been gained through pamphleteering rather than terrorism. Large-scale and well-funded conservative missionary movements like the Tablighi Jamaat, though not specifically political in nature, will continue to create conditions abroad that will foster the growth of political Islam. While Bin Laden’s bombs and audiotapes dominate the headlines, more thoughtful organizations are steadily advancing the Islamist project without him, and in some cases, despite him.

Break with the Taliban

For some years now, the Taliban have been practically synonymous with al-Qaeda – indeed, some media operations find it difficult (or possess an unwillingness) to distinguish between the two. The reality, however, is that the Taliban is a well developed ethnic-political-religious movement that ruled a nation (however crudely) when al-Qaeda was little more than a group of fugitives seeking refuge at their gate.

There is little question today that the Taliban’s relationship with Pakistan’s Inter-Services Intelligence (ISI) is more important to it than its relationship with al-Qaeda, which cannot offer anything comparable in terms of intelligence and political and financial support. Taliban strategists have already realized that continued association with al-Qaeda complicates the possibility of a negotiated settlement with Kabul that would receive international approval, a necessary first step in returning to power. Considering what the Taliban has so far invested in its defense of al-Qaeda leaders and its own Pashtunwali code, it is difficult for the movement to renounce al-Qaeda altogether. The Taliban leadership has, however, begun distancing itself from al-Qaeda (Afghan Islamic Press, April 21, 2009). Many Taliban leaders have long resented the loss of Taliban-ruled Afghanistan due to the arrogance of Bin Laden and his Arab entourage. The elimination of Bin Laden and al-Zawahiri would certainly create conditions for the Taliban to cut itself loose from the rest of al-Qaeda, which represents little more than a political weight to the movement.

Otherwise, the Taliban will continue to pursue a dual strategy of making the foreign occupation forces as uncomfortable as possible while demonstrating to the Karzai government that it cannot rule a post-occupation Afghanistan without bringing the Taliban into the government. Across the border, the Tehrik-e-Taliban Pakistan (TTP) may make respectful noises about Bin Laden and his exiled comrades, but in reality the movement already looks to their fellow Pashtun tribesmen, Mullah Omar and the leadership of the “Islamic Emirate (of Afghanistan),” for guidance, mediation and inspiration.

How Much Operational Control Does al-Qaeda Central Exercise?

Regional commands appear to have replaced a centralized command structure in al-Qaeda. In practice, however, this is more like issuing charters than opening chapters. The most important of these are regional commands like al-Qaeda in the Arabian Peninsula (AQAP), al-Qaeda in the Islamic Maghreb (AQIM) and al-Qaeda in Iraq (AQI). The financial strength of Bin Laden is largely overrated – there has been little evidence of core al-Qaeda’s ability to fund anyone for some years now. This may be through difficulties in transferring funds under new financial regulations or because Bin Laden has largely exhausted his funds, or some measure of both factors. Militant funding is now done through internal networks and is no longer directed from the center.

There appears to be little operational cooperation or coordination between the regional commands. To some degree, the possibility of infiltration by intelligence or security agencies precludes cooperation with individuals not personally known to al-Qaeda operatives. Combined with expanding communications surveillance, this makes coordination or central direction extremely difficult. Al-Zawahiri’s criticism of Abu Musab al-Zarqawi’s brutal pursuit of sectarian violence as leader of al-Qaeda in Iraq demonstrates a lack of effective central control of one of the movement’s largest commands.

Perhaps predictably, AQAP has proven the most receptive to tactical advice from al-Qaeda central, but otherwise the movement is very much under the command of experienced local jihad leaders like Nasir al-Wuhayshi (a.k.a. Abu Basir) (al-Jazeera, May 16). Of the three major al-Qaeda commands, AQAP may be the most likely to make a continued go of it on its own while still adhering to the basic al-Qaeda ideology should the core leadership collapse.

In North Africa, however, AQIM, appears to be steadily sliding into criminality rather than political/religious insurgency – the lure of kidnapping ransoms and the financial rewards of drug trafficking seem to be turning AQIM into the North African version of the Philippines’ Abu Sayyaf movement, a criminal organization which uses the rhetoric of Islamism to justify its otherwise indefensible behavior. Infiltration, suspicion and rivalry all sap AQIM’s effectiveness as a jihad movement.

Somalia’s al-Shabaab movement has made numerous declarations of loyalty to Bin Laden but has yet to be granted distinction as the Somali arm of al-Qaeda, indicating that al-Qaeda, in the minds of the leadership, remains primarily an Arab movement (Reuters, February 1; Kuwait Times, February 2). Non-Arab Muslims remain useful to al-Qaeda, but will never be granted their own franchise. Nevertheless, non-Arab radical Islamist movements such as Kashmir’s Lashkar-e-Taiba (LeT) have demonstrated through the 2008 Mumbai assault that al-Qaeda direction, planning or funding is not necessary to carry out well-organized mass casualty terrorist attacks. The elimination of al-Qaeda’s core leadership will result in the inevitable localization of the “global jihad”; or in jihadist terms, a refocus on the “Near Enemy” over the “Far Enemy.”

The radical Salafism espoused by al-Qaeda has benefited enormously from Saudi Arabia’s continuing use of its oil wealth to promulgate Saudi-style Wahhabism throughout the Islamic world. Nevertheless, there is resistance from other well-established forms of Islam to the austere measures of the Salafists. Al-Qaeda opposition to Sufism, Shi’ism and virtually every form of Islam except their own vision of Salafi-Jihadism will always limit the growth of the movement. With Saudi money and the active missionary work of religiously conservative groups such as the Tablighi Jamaat, Salafism will continue to grow, but the question is whether al-Qaeda will continue to grow in parallel with it.

Though there has always been an attraction in Salafist Islam to takfir (the practice of declaring Muslims apostate and hence eligible for execution), for al-Qaeda the practice of takfir has almost become a new pillar of Islam. In the hands of scholars like the 14th century’s Ibn Taymiyya, takfir was a means of preserving the Islamic community from the nominally Muslim Mongol hordes. In al-Qaeda’s unskillful hands, takfir has caused dissension throughout the Islamic community and caused the deaths of thousands of Muslims. Al-Qaeda would have difficulty finding responsible Islamic scholars who would support the idea that deciding which Muslims are or are not apostate should be placed in the hands of gunmen.

Sectarianism of the type practiced by al-Qaeda in Iraq and al-Qaeda’s would-be franchise in Somalia has resulted in backlashes that threaten their very existence. AQI’s preoccupation with establishing Sunni dominance over Iraq’s Shi’a majority only strengthened Shi’a military and political capabilities and prevented the establishment of a national resistance capable of ending the occupation. Even anti-occupation Sunni insurgents in Iraq were easily recruited into the militias of the anti-al-Qaeda “Awakening Councils” in Iraq after experiencing al-Qaeda’s tactics first-hand. AQI never recovered from these developments and it now seems apparent that Iraq’s political future will not lay with the establishment of al-Qaeda’s “Islamic State of Iraq.”

In Somalia, al-Shabaab diverted its energy from pursuing its assault on Mogadishu to open a new campaign against Sufism, even though most Somalis are associated with one of the traditional Somali Sufi orders. Sufi shrines and tombs of notable Sufis were smashed with hammers and their contents strewn through the desert (Raxanreeb.com, March 24). Unsurprisingly, this did not result in a military or religious triumph for al-Shabaab; to the contrary, this campaign inspired the development of a new and powerful Sufi militia (al-Sunnah wa’l-Jama’a) that has propped up the tottering Transitional Federal Government by offering determined resistance to al-Shabaab’s efforts at expansion.

Both AQI and al-Shabaab took their cues from the sectarian, takfiri rhetoric of core al-Qaeda. In the first case it resulted in a nearly insurmountable setback; in the second it placed a formidable roadblock to further success. If there is central planning at work here, it is clearly not reality-based.

Al-Qaeda central command will inevitably move from northwest Pakistan if the current leadership is eliminated. Bin Laden and al-Zawahiri’s presence there is enforced. While inaccessibility has advantages for a fugitive, it has little to recommend it to the self-styled leader of a global jihad.

The survival of Bin Laden and al-Zawahiri to this point seems rather remarkable, particularly if this has been achieved without the intervention of some external agency or facilitator. Will their successors be as fortunate, or will their own deaths follow in quick succession? More likely, we will be looking at the end of “al-Qaeda Central”, already a largely symbolic institution.

Jihad is not a new concept; what is new is al-Qaeda’s attempt to impose a cookie-cutter Salafist interpretation of jihad that focuses on terrorism rather than military resistance. The very nature of this phenomenon precludes its success, something that has become apparent to many disenchanted jihadis, some of whom have issued “Revisions” questioning the legitimacy of al-Qaeda’s relentless pursuit of violence as a religious and political measure. While some of these individuals have renounced violence, others will continue jihad under their own terms and without spiritual or strategic direction from “core al-Qaeda.” Sooner or later, the future of the global jihad will be in their hands.

This article first appeared in the June 24, 2010 issue of the Jamestown Foundation’s Terrorism Monitor