After documents were leaked in mid-July that suggested an alliance of Iraqi resistance leaders had been meeting with a delegation of U.S. diplomats and military officials in an unnamed “neighboring country,” it has since been confirmed that such talks between the Political Council of the Iraqi Resistance (PCIR) and the United States took place twice this year in Istanbul, with Turkey acting as a mediator (Hurriyet, July 24; Today’s Zaman, July 27; see also Eurasia Daily Monitor, July 27). 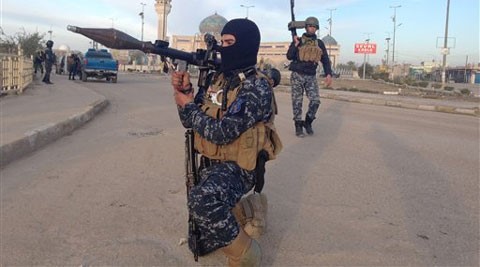 News of the meetings was quickly denounced by the Iraqi Prime Minister and Foreign Minister, who expressed astonishment that the United States was prepared to meet with “terrorists” without the knowledge of the Baghdad government (al-Jazeera, July 25). Both the United States and Turkey were accused of mounting an assault on Iraqi sovereignty and interfering with Iraq’s internal affairs (Hurriyet, July 24).

PCIR spokesman Abd al-Rahman al-Baghdadi insists the PCIR did not actually negotiate with the United States, but only discussed “conditions for negotiations.” He claims the U.S. delegation confirmed that “the mistake of invading Iraq by the previous administration should be corrected.” He denied rumors circulating in Iraq that the discussions included the possibility of PCIR inclusion in the political process. “We do not recognize any political process under the occupation.”Al-Baghdadi described the main points of the PCIR’s “protocol of negotiations” in an interview with al-Arab:

The meetings were held in March and May of this year. Al-Baghdadi declined to name the US diplomats and military personnel at the meetings “according to their request.” The spokesman says the PCIR’s stipulations were taken to Washington with the promise of a response by the end of June, but nothing has been heard from the Americans since then. While al-Baghdadi says the PCIR is “not concerned by their lack of response,” he believes “the issue is on hold but not over.” He also confirmed that the PCIR had insisted that no one from the Iraqi government attend the meetings.

The March 6 document signed by the PCIR and the U.S. Government reportedly called for the PCIR to name 15 representatives as a negotiating team. Turkey would act as mediator and guarantor for the duration of the negotiations. Should any of the Iraqi representatives be arrested inside or outside of Iraq during the discussions, both Turkey and the United States pledged to do everything possible to obtain their release (Al-Sharq al-Awsat, July 26).

Ali al-Jubouri, the secretary-general of the PCIR, has insisted that one of the two documents signed with the Americans include U.S. recognition of the Iraqi resistance, describing this as “a major achievement” for the resistance (al-Jazeera, July 15; July 25; IslamOnline July 24).

Reaction to the talks from Baghdad’s Shiite politicians has been overwhelmingly negative. MP Hamid al-Malah, a leading member of the Supreme Islamic Iraqi Council (SIIC), demanded to know “whether this is an attempt by the Americans to bring back terrorism to Iraq” (Al-Sharq al-Awsat, July 26). Others fear that the PCIR acts as a front for unrepentant Ba’athists like former Vice President Ezzat Ibrahim al-Douri.

Muhammad Bashar al-Faydi, spokesman for the Sunni Hayat al-Ulama al-Muslimin (Association of Muslim Scholars in Iraq – AMS), notes that the PCIR represents only four of over 100 resistance factions in Iraq. Thirteen of these groups have authorized the secretary-general of the AMS, Shaykh Harith al-Dari, to speak on their behalf on political issues and in potential negotiations (Al-Sharq al-Awsat, July 26, see also Terrorism Monitor, December 27, 2006). The al-Azhar educated shaykh is a vocal opponent of both al-Qaeda in Iraq and the Awakening councils. The PCIR spokesman says the alliance has “no objection” to authorizing Shaykh al-Dari to negotiate on their behalf (al-Arab, July 31).

This article first appeared in the August 6, 2009 issue of the Jamestown Foundation’s Terrorism Monitor