With the Turkish army massing on the border of northern Iraq, the hard-won gains of Iraq’s Kurdish nationalists now face a serious threat. Massoud Barzani, the leader of the Kurdistan Democratic Party (KDP) and the president of Kurdistan since 2005, has adopted a provocative stance as an ally and supporter of the Kurdistan Workers’ Party (PKK), a Kurdish guerrilla/terrorist movement that infiltrates southeast Turkey from bases in northern Iraq. Barzani, who once cooperated with Turkish forces in cross-border operations designed to eliminate PKK fighters in Iraq, now appears to have reversed his position, allegedly supplying the PKK with weapons, explosives and logistical support. 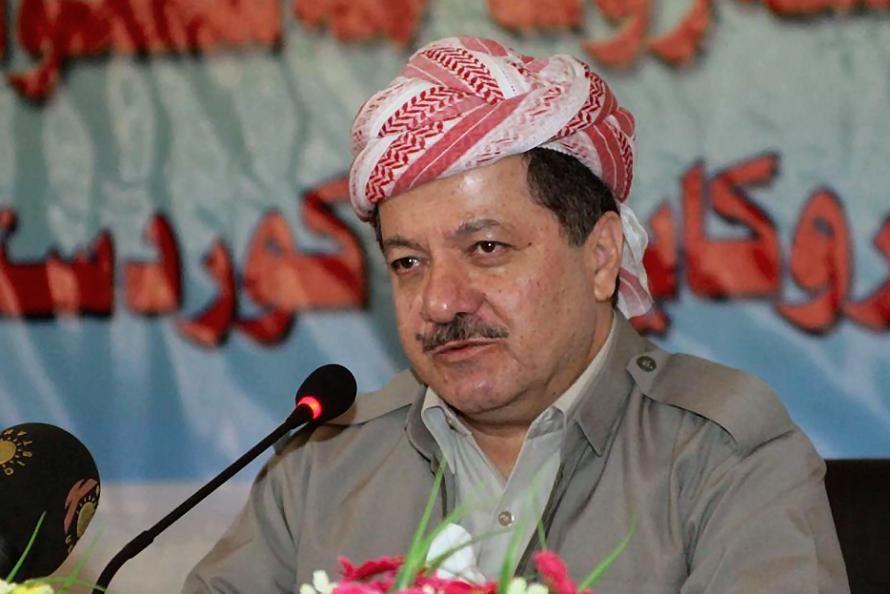 Since the U.S.-led invasion of Iraq in 2003, Barzani’s KDP and the rival Patriotic Union of Kurdistan (PUK), led by current Iraqi President Jalal al-Talabani, have moved toward unification of their parallel administrations in Iraqi Kurdistan. In the past, the PUK also aided Turkish incursions against the PKK, recognizing that cross-border ties with Turkey were essential for the economic success of an autonomous Kurdish state in northern Iraq. Ethnic solidarity with the radical leftist militants of the PKK had little to offer in comparison.

Much of the tension between the Turks and Barzani’s Kurdistan Regional Government (KRG) arises from the disputed status of the northern Iraqi city of Kirkuk and its surrounding oil fields. The city has a sizable Arab population (largely settled there by Saddam Hussein) and is a traditional center for Iraq’s Turkoman population (ethnically related to the Turks, who act as their patrons). A recent influx of Kurds has created favorable conditions for a proposed referendum to attach Kirkuk to Kurdistan, virtually guaranteeing the success of an independent and newly oil-rich Kurdistan. Iraqi Prime Minister Nuri al-Maliki is accused by both Sunni and Shiite Iraqis of conniving to transfer Kirkuk to a Kurdish administration in return for Kurdish support for his failing government (New Anatolian, June 16). Such a development is viewed as undesirable in Ankara, where it is feared that such a state would only encourage further Kurdish separatist and terrorist activities in Turkey. Turkey has its own economic interests in Kirkuk; Turkey’s state-owned Turkish Petroleum Corporation (TPAO) reached an agreement in April with the Anglo-Dutch Shell corporation to develop a pipeline running from Kirkuk to the Turkish port of Ceyhan (The Times, April 13). At the same time, Barzani stated bluntly that “Turkey is not allowed to intervene in the Kirkuk issue and if it does, we will interfere in Diyarbakır’s issues and other cities in Turkey” (Today’s Zaman, June 19). 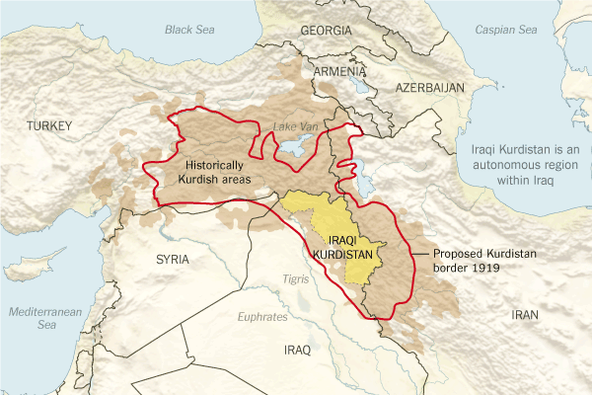 Barzani’s bold threats of intervention in Turkey resulted in Turkey’s chief of staff, General Yasar Buyukanit, designating Barzani as an additional target of any Turkish operation against PKK bases in northern Iraq (Hurriyet, June 6). In a July 3 television interview, Barzani declared his preference for dialogue with the Turkish government, but warned that “a Turkish operation in Iraq will result in a catastrophe for the whole region, for Turkey, Iraq and everybody else involved. It will ignite a devastating war in the region” (EuroNews, July 3). Ankara is convinced that Barzani’s aggressive attitude is the result of U.S. indulgence.

Accusations have been made asserting that both Barzani and the U.S. military are currently supplying arms to the PKK. Three PKK deserters claimed last month that U.S. armored vehicles were supplying the PKK base at Mount Qandil with M-16 rifles and munitions (Milliyet, July 2). Last week, Turkish Ambassador to the United States Nabi Sensoy suggested that Barzani had supplied U.S.-made arms and explosives to the PKK, adding that Turkey held the United States responsible for the PKK presence in northern Iraq (Today’s Zaman, July 12).

Barzani has fallen afoul of Turkey’s powerful Kemalists, the dominant political and military elite devoted to the idea of a secular, centrally-ruled Turkish nation as developed in the early 20th century by Turkey’s first president, Mustafa Kemal Ataturk. Turkish prosecutors have opened an investigation of Barzani based on a complaint made by the Kemalist Thought Association (ADD), charging Barzani with colluding with the PKK in Iraq (Anatolia News Agency, June 18). There are also allegations that Barzani cooperated with U.S. forces in the 2003 Sulaimaniya incident in which U.S. troops detained 11 Turkish Special Forces soldiers and placed bags over their heads (ROJ TV, June 24). The ADD is asking for a freeze on all Turkish assets held by Barzani or his family because Barzani is believed to have considerable business interests in Turkey (Today’s Zaman, June 19).

As the Turkish elections approach later this month, the Kemalist opposition Republican People’s Party (CHP) has taken a firm stance on eliminating the PKK. Speaking recently at the Socialist International meeting in Geneva, CHP leader Deniz Baykal impelled delegates Barzani and al-Talabani to walk out when he declared, “No state tolerates terror on its territory. Iraq is an exception to this” (Hurriyet, July 11). Other Turkish politicians have urged the ruling Islamist Justice and Development Party (AKP) to take economic measures against Barzani’s KRG, including a blockade on Turkish electricity exports to the region and the closure of the vital Habur border gate, the conduit for vital coalition petroleum supplies and a growing cross-border trade (Today’s Zaman, June 27).

Officially, the PUK and Barzani’s KDP are growing closer to a unified command, but tensions between the two parties still exist. Barzani appears to be taking the opportunity to represent himself as the protector of all Kurds, while the position of his Kurdish rival, al-Talabani, prohibits him from making irresponsible, if popular, declarations of support for the PKK. Yet, support for the PKK endangers the success of Iraqi Kurdistan as well as Barzani’s own economic ties with Turkish business interests.

It is unlikely that the pragmatic Barzani has become a pan-Kurdish nationalist. He once abandoned Iranian-Kurdish militants in return for support from Tehran against Saddam, and historically he has had even less concern for the radical PKK. Indeed, Barzani’s approach has been described as “no permanent enemies, only permanent interests.” Barzani is likely to use the PKK to achieve several objectives:

Barzani’s support for the PKK is unlikely to survive the accomplishment of these goals. Without the cooperation of Turkey and Iran, Iraqi Kurdistan is not economically viable or sustainable. The high stakes play for permanent Kurdish sovereignty threatens to plunge the region into a new war. As long as Washington is unable to defuse the growing tension between its NATO partner Turkey and its Kurdish allies in Iraq, the initiative remains with Barzani. Time is running out, however. Turkey’s general staff is eager to attack PKK bases and a new government in Turkey may not exhibit the same reluctance to invade northern Iraq as the current AKP administration.