Along the Turkish-Iraqi border, the struggle between Turkish security forces and Kurdish militants is escalating. The Turkish press has released testimonies from captured Kurdistan Workers’ Party (PKK) militants who claim to have witnessed U.S. armored vehicles supplying weapons to a PKK base on Mount Qandil (The New Anatolian, July 2). Regardless of its ultimate veracity, this news is being widely reported in the Turkish press and is inflaming the already slowly deteriorating relations between Turkey and the United States. There has been talk for months regarding an expected Turkish incursion into northern Iraq, but preparations along the border indicate that the Turkish Armed Forces (TSK) are also intent on developing a permanent security zone in the Iraqi border region. 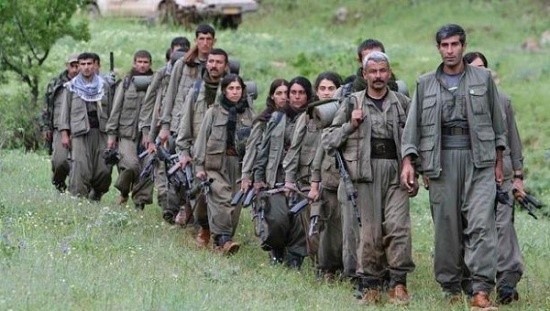 Despite the concentration of government forces in southeastern Turkey, PKK attacks have increased by 65% over previous years. Half of the attacks were enacted through the use of landmines or Improvised Explosive Devices (IEDs) (Terrorism Focus, June 26). This year, 64 soldiers, many of whom were conscripts fulfilling national service, have been killed. The Turkish military alleges that “terrorists” and munitions have been crossing into the Kurdish areas of southeastern Turkey from the Kurdish region of northern Iraq. In response, 20,000 troops have been relocated to the 300 kilometer-long border, establishing mobile military response teams and temporary observation posts (Milliyet, June 13).

In recent years, a Turkish military force of 1,000 to 2,000 men was stationed at or near border control points inside northern Iraq (mainly in the Sulaymaniyah area) to collect intelligence and monitor insurgent movements; these were withdrawn in June, however, due to the declining security situation and confrontations with Kurdish troops (Milliyet, June 13). At the same time, border guards belonging to the Kurdistan Regional Government (KRG) were also pulled back five kilometers from the border. Kurdish troops are now being deployed at six new Iraqi government outposts in the Zakho District, bordering Syria and Turkey. Turkey’s military concentration along the border is undoubtedly behind the efforts of Kurdish leaders in Iraq to make a regular army from the 100,000 peshmerga guerrillas of the Patriotic Union of Kurdistan (PUK) and the Kurdistan Democratic Party (KDP).

In early June, three “interim security zones” were established in the Sirnak, Siirt and Hakkari provinces of southeastern Turkey. Kurdish militants are active in all three regions, where restrictions on non-military activities will be in place until September 9. A ban on air traffic in the area was partially directed at the United States, which had been sending F-16 aircraft, helicopters and surveillance drones into the zone of operations. The F-16s are alleged to have violated Turkish airspace (Hurriyet, June 8). There is speculation that Turkey intends to create a permanent “buffer zone” 15 kilometers deep and 120 kilometers long, with reports that the Turkish government is prepared to offer compensation to the thousands of Kurdish civilians who would be forced to abandon their homes under the scheme (Milliyet, June 14). Shells continue to fall in and near Kurdish Iraqi border towns in an apparent effort to drive out their population before creating an uninhabited buffer zone. Turkish shelling near the Iraqi towns of Dohuk and Erbil was protested by the Baghdad government and elicited a warning from Shiite leader Moqtada al-Sadr, who declared that the Kurds were part of the Iraqi people and promised that “we will not be silent in the face of this threat” (Daily Star [Beirut], June 13).

The TSK also intends to increase the number of thermal cameras capable of detecting the nighttime movement of insurgents across the border. Numerous tanks positioned on the border already carry infra-red devices. Until recently, Turkey was the recipient of U.S. satellite surveillance of the Iraqi border region, but it is presently taking steps to increase its own surveillance capabilities. The TSK has one unmanned surveillance drone active in the border region and is renting another from Israel until it can take delivery of 10 Israeli-made drones next year (Cihan News Agency, June 27). On June 22, Turkish Chief of Staff General Yasar Buyukanit briefed Prime Minister Recep Tayyip Erdogan on the PKK’s acquisition of anti-aircraft guns and surface-to-air missiles (al-Sabah, June 22). Two days later, Kurdish militants reported attacking a Turkish Sikorsky helicopter (ROJ TV, June 24).

In anticipation of a Turkish attack, PKK militants are pulling back as far as 15 kilometers from the border. Cemil Bayik, one of the PKK’s two top commanders in northern Iraq, threatens that a Turkish incursion will soon become a “political and military disaster,” adding that Turkish operations would allow Iran to “interfere in Iraq.” Bayik has his own views on the Turkish chief of staff’s motivations in calling for cross-border operations. He stated, “General Buyukanit wants everyone to be a happy Turk. And those who don’t agree he brands as a traitor. He wants first to smash the Kurdish regional government in Iraq. He wants second to ruin any chances of a referendum being held on Kirkuk, and the PKK issue is really only third on his list of priorities.” Bayik insists that the PKK are freedom fighters rather than terrorists and that the movement has abandoned separatism and the aim of establishing a Marxist-Leninist Kurdish state in favor of demands for linguistic, cultural and individual freedoms within a Turkish state (ROJ TV, June 24).

This article first appeared in the July 3, 2007 issue of the Jamestown Foundation’s Terrorism Monitor