One year into the presidency of Muslim Brother Muhammad al-Mursi, Egypt finds itself consumed by economic deterioration, severe energy shortages, labor unrest, domestic insecurity, sectarian divisions and rumors of imminent coup attempts. The nation’s political crisis threatens to come to a head on June 30, when massive demonstrations are scheduled to call for Mursi’s resignation and an end to rule by Egypt’s powerful Muslim Brotherhood. Leading members of the Brotherhood, including the president, have been observed moving out of their homes to temporary residences before the demonstrations begin (al-Tahrir [Cairo], June 19). 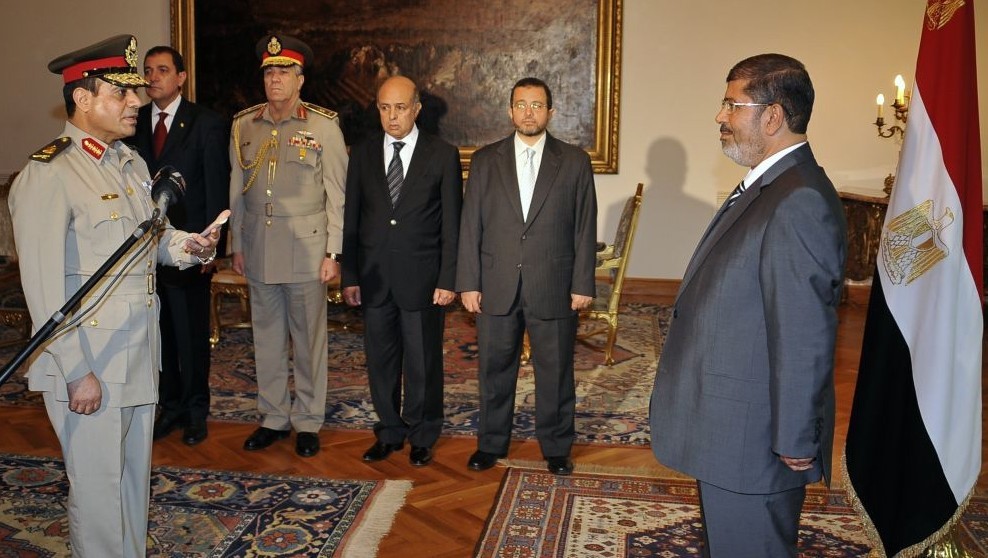 In a June 26 televised speech intended to deter the massive demonstrations planned for June 30, the president admitted making mistakes, but remained consistent in blaming Egypt’s troubles on “enemies of Egypt”:

There are many reasons for what we are suffering now. We should admit that. As a president, I have exerted painstaking efforts, sometimes I did it and sometimes I made mistakes and mistakes can happen, but rectifying these mistakes is a must… The enemies of Egypt have left no stone unturned in sabotaging the democratic experience in Egypt. There are some people who have illusions that the state of corruption, oppression and injustice will come back” (MENA, June 27).

The military responded to the impending demonstrations and possible violence with a statement issued on June 23 by Minister of Defense and Military Production and Commander-in-chief of the Armed Forces, Lieutenant General Abd-al-Fattah al-Sisi, who insisted the army would “not accept, approve of or allow Egypt’s entry into a dark tunnel of conflict, clashes, civil war, distrust, sectarian strife or the collapse of state institutions” (al-Ahram [Cairo], June 24; June 25). Al-Sisi called on all parties to work towards conciliation in the few days remaining before the June 30 anti-Mursi protests. The statement was closely examined by political analysts in Egypt, who searched it for clues as to whether the military was ready to retake power despite recent signs that it was prepared to remain on the sidelines of the political dispute so long as its privileges were guaranteed. In the meantime, Egyptian military forces are reinforcing bases near major Egyptian cities with armor and additional troops in anticipation of the June 30 protests. Interior Minister Muhammad Ibrahim has said Egypt’s police would not favor any political trend in the streets on June 30, but would take measures to prevent attacks on public property or police stations (al-Jumhuriyah [Cairo], June 20; MENA, June 24). Some 200,000 police are expected to be available to provide security on June 30.

The broad aim of the opposition, which includes liberals, Coptic Christians, leftists and others, is to call for Mursi’s resignation, the appointment of the Supreme Court president as an interim president, the creation of a national salvation government to guide Egypt into new elections and the formation of an assembly to draft a new constitution (al-Masri al-Youm [Cairo], June 21).

Most of the Salafist fronts do not seek a change in leadership at the moment despite their significant differences with the Muslim Brotherhood politicians. In general, they have also adopted the language of democracy (which they rejected as un-Islamic before discovering it offered a pathway to government) in asserting Mursi’s right to continue as president as mandated by Egypt’s voters. The Salafist Nur Party (Egypt’s largest Salafist political party) has announced its intention to sit out both the pro-government demonstrations and the anti-government protests, saying it rejects the current political polarization (MENA [Cairo], June 25). 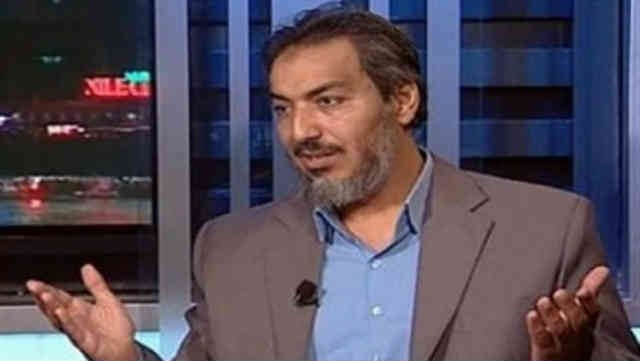 However, in a recent interview with a Cairo daily, Muhammad Abu Samra, the secretary general of the political wing of Egyptian Islamic Jihad, declared that party members would not support President Mursi or the Muslim Brotherhood in the streets on June 30, but rather warned that if any attempt is made to storm the presidential palace or proclaim a new president, the movement’s “hundreds of thousands” of jihadists would interpret this as the “zero hour”:

If President Mursi falls, we shall immediately declare the launching of the Islamic Revolution. We have our justifications, the most important being that we accepted democracy as a system for the rule, even though many of the jihadists reject it. Since we have accepted it everybody must respect it. But toppling Mursi means that they have rejected democracy and even stomped on it with their shoes. Here any legitimacy collapses, in which case we shall declare our Islamic Revolution and will call on the people to take to the streets to support us… If the Republican Palace is stormed and a President other than Mursi is declared, as some are circulating, that will be the zero hour. We shall immediately go out on the streets. But this does not mean that we approve of Mursi or the Muslim Brotherhood… The first ones that the Islamic Revolution will be directed against are the Muslim Brothers, for they have not enforced sharia as they pledged and have reneged on all their promises (al-Akhbar [Cairo], June 11).

For this purpose, the movement has postponed the departure of jihadists to Syria until after June 30. With Salafist groups giving their approval for Egyptian jihadists to travel to Syria, the first batch of fighters had been scheduled to leave this month (al-Masri al-Youm [Cairo], June 18). If Mursi is forced from office, Abu Samrah suggests that the choice of the Salafists would be Shaykh Hazem Salah Abu Ismail, a populist Islamist politician who was forced from the presidential race due to his mother’s dual Egyptian-American citizenship.

Members of the Egyptian opposition believe Mursi’s supporters have adopted a façade of democratic adherence only to allow Mursi enough time to entrench members of the Muslim Brotherhood and other Islamist movements in Egypt’s power structure. A recent round of gubernatorial appointments saw regional demonstrations against the appointment of Islamists, most notably in the Luxor region, where Adel Muhammad al-Khayat, a member of the Gama’a al-Islamiya organization that killed 58 tourists there in 1997, was inexplicably appointed governor and charged with a mandate of increasing tourism. The bizarre choice of governor for Luxor, home of ancient Egypt’s Valley of the Kings, resulted in the immediate resignation of Tourism Minister Hisham Zazou (though his resignation was not accepted). The regional and national outrage over the appointment, which seemed designed to discourage rather than encourage international tourism in a country heavily reliant on tourism as a means of income and source of foreign currency, resulted in the new governor’s resignation only a few days after his appointment.

Tamarud has also been the target of attacks, with Molotov cocktails being thrown at the movement’s offices in Cairo on June 7. Tamarud (“Rebels”) is trying to collect 15 million signatures on a petition to force an early presidential election and claim to have 10 million signatures so far (Xinhua, June 7).

President Mursi’s speech appears to have had little impact on the mounting tensions in Egypt, where inflammatory Islamist rhetoric is matched only by the determination of the opposition to bring enough people out into the streets to force the president’s resignation. With elements of both groups believing provocations could force intervention by security or military forces on their side, there is a serious risk the June 30 demonstrations could mark the beginning of a new and more violent phase of the unfinished Egyptian revolution.

This article first appeared in the Jamestown Foundation Terrorism Monitor on June 27, 2013