The 1,400 man contingent from Uganda represents the sole contribution so far to the African Union’s peacekeeping mission to Somalia (AMISOM). The mission was supposed to deploy 8,000 troops, but Nigeria, Burundi, Ghana, and Malawi have all failed to send detachments. AMISOM was originally intended to field nine battalions of African Union peacekeepers with air and military support. AMISOM has a mission to provide support to the Transitional Federal Government (TFG) in establishing stability, facilitate the provision of humanitarian aid and create conditions for long-term reconstruction, reconciliation and development (Communiqué of the 69th meeting of the African Union Peace and Security Council, January 19, 2007). Approximately 1,500 Ugandan troops expecting to be the vanguard of the mission arrived in Somalia in March 2007. To date they remain the only element of AMISOM to actually deploy. 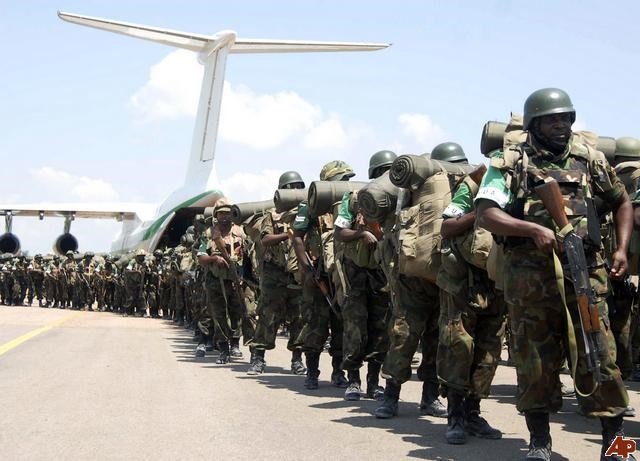 Public opinion in Uganda quickly turned against the mission due to the deaths of Ugandan peacekeepers in an attack in May, the impression that Ugandan president Yoweri Museveni was using the peacekeepers to gain favour with the United States, and a general feeling that the mission used military resources that could have been better employed in bringing a decisive end to the conflict with the Lord’s Resistance Army (LRA) in northern Uganda (VOA, May 19, 2007). The six-month Ugandan mandate ended in September. However, President Museveni has held to his initial word that the Ugandan force would remain in Somalia until stability has been restored, and indeed the Ugandan mandate has been renewed until January, 2008.

The “War against Foreign Forces”

The persistence of the Ugandan presence in Somalia is not without consequence. In this regard, Aden Hashi Ayro, a leading Islamic Courts Union (ICU) militant and al-Qaeda associate, issued a 20 minute audiotape on 14 November (Qaadisiya, November 14).Carried by an ICU affiliated Somali website, the message ordered al-Shabaab (a military wing of the ICU) militants to target Ugandan peacekeepers as well as the Ethiopian occupation force. Ayro, who trained with al-Qaeda in Afghanistan, accused the Ugandans of invading Somalia. After opening with a greeting to Osama bin Laden, Ayro’s message described a “war against foreign forces…To us the Ugandans, Ethiopians and Americans are all the same; they have invaded us and I am telling the mujahidin, Ugandans must be one of our priorities”. Ayro continued his message with a threat directed towards Ethiopian civilians; “They beheaded our children, women and elderly people in Mogadishu and we must behead theirs in Addis Ababa”.

The tape contained essentially the same message ICU leader Shaykh Hassan Dahir Aweys gave in an interview with al-Jazeera last June, where he said that “it makes no difference to us whether [the occupiers] are Ugandans or Ethiopians. We will continue fighting with them as long as the foreign forces are on Somali soil” (East African Standard, June 23, 2007). At the time Shaykh Hassan was angered by what he perceived as the use of Ugandan troops and tanks in support of Ethiopian forces in April, claiming the Ugandans had “arrived in Somalia only to back up the Ethiopian occupation”. The AMISOM mandate to support the Somali TFG is similar to the proclaimed mission of the Ethiopians, leading many Somalis to believe the Ugandans are there to impose an unwanted government. In fact, Uganda’s government has a sincere desire for stability in Somalia, as it believes insecurity there is a major factor in the flow of arms into Uganda’s northeastern Karamoja region. This cattle-herding region is awash in guns, which are seen by locals as the only means of guarding against cattle raiding. A disarmament campaign that began in 2001 in Somalia may actually have spurred new shipments of modern arms into Karamoja.

In apparent response to Ayro’s appeal, Somali insurgents attacked the Ugandan base in Mogadishu’s K-4 neighbourhood on November 15 with rocket-propelled grenades and small-arms fire. With insurgents, Ethiopians, TFG forces and now Ugandans all involved in the fighting, Mogadishu is once again coming to resemble a battleground. The UN High Commissioner for Refugees estimates that 60% of the city’s population has fled, with more leaving every day (BBC, November 20).

The May attack in Mogadishu

The raid on the K-4 base was not the first time Ugandan troops have been targeted in Somalia. Five Ugandan soldiers were killed and a number of others seriously wounded in May when a truck from an AMISOM convoy struck an improvised explosive device (IED) outside the Ministry of Finance in Mogadishu. TFG troops are known to frequent the area of the attack, and initially a Ugandan Army spokesman said al-Qaeda “definitely carried out the attack, not the insurgents.”(Shabelle Media Network, May 21, 2007)

In a subsequent joint press conference, Col. Iliyupold Kayanda (head of Ugandan military intelligence) and State Defence Minister Roth Nankapirwa rejected claims that al-Qaeda was involved in the attack, suggesting that the Ugandan truck struck an IED intended for Ethiopian or TFG troops. Alternatively, the bomb might have been set off by militants who mistook the Ugandans for TFG or Ethiopian forces; “The Ugandans did not reveal they were going to the area where the blast occurred and the bomb was not there for them, but it accidentally exploded while passing, according to our intelligence” (Shabelle Media Network, May 21, 2007).

After the K-4 attack, Ugandan army spokesman Major Felix Kulayigye vowed that the assault would not make the Ugandans “run away,” while strongly denying that the Ugandan forces were operating in cooperation with the Ethiopians or TFG. He stated that “we have maintained a neutral stance, so it will not change our position. However, should we get targeted, as [the militants] have done before, we shall defend ourselves.” (VOA, November 15, 2007)

The prospects of additional participation in AMISOM are less than positive. Malawi has withdrawn its offer of troops for AMISOM, while Burundi is “almost ready” to send several hundred peacekeepers (though this has been the case since last spring). There are also reports that Nigeria is preparing to send troops (The Reporter, Addis Ababa, November 17, 2007) but Nigeria’s military is busy fighting militants in the Niger Delta. Moreover, its resolve has probably soured on African Union peacekeeping missions after the slaughter of Nigerian troops in September at the African Union base in Haskanita, Darfur. The military sent a high-level delegation to investigate after reports emerged that the troops at Haskanita did not have enough ammunition to defend themselves from the rebel raid. Nigeria is unlikely at this point to commit to Somalia.

UN peacekeepers are also not likely to deploy in the near future. UN Secretary General Ban Ki-moon suggests the deployment of a vague “robust multinational force or coalition of the willing” to create conditions for an Ethiopian withdrawal. However, according to Ban Ki-moon, a UN peacekeeping operation is “not realistic or viable given the war-wracked African country’s security situation” (UN Security Council, Report of the Secretary General on the situation in Somalia, November 7, 2007).

While there were questions in May as to whether Ugandan troops were being deliberately targeted by Somali militants, this ambiguity no longer exists. The Ugandans are being pulled into the conflict, in part because AMISOM lacks an international character. Although a larger, multinational force might be able to command the respect and authority needed to complete AMISOM’s mission, Aden Hashi Ayro offered unveiled caution, stating “we will fight and assassinate [Ugandan] officers. All other African troops sent to Somalia will face the same fate.” (Qaadisiya, November 14)