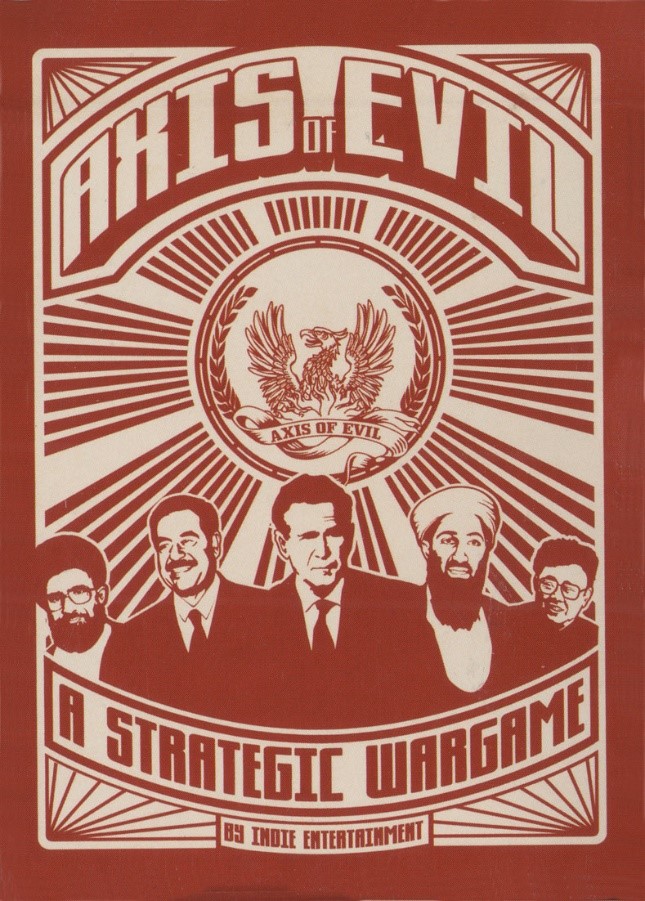 In his state of the union address, American president George W. Bush repackaged the “rogue nations” of the Clinton era as the more threatening “axis of evil,” a new target in the war on terrorism. Prime Minister Chretien said last week that “the question of the production of unacceptable armaments in Iraq is a problem that is under the authority of the United Nations, and it is completely different than the problem of terrorism,” a statement that could easily be applied to Iran and North Korea. Does the axis play a role in international terrorism, or is the American administration taking care of some unfinished business while it is mobilized for war? For an answer, let’s look at the involvement in terrorism of each of these states.

The prime minister [of Canada] and Russian president Vladimir Putin last week both said there was insufficient evidence to connect Iraq to Islamist terrorism. The secular Iraqi leadership prefers to support secular splinter groups of the PLO rather than Islamist groups. Osama bin Laden detests Saddam Hussein so much that he offered during the Persian Gulf War to raise an army of Arab veterans of Afghanistan to fight Iraq on behalf of Saudi Arabia.

Most allegations of Iraqi collusion with Islamist groups come from defectors to the United States who are seeking citizenship and money in return for information that invariable comes without substantiating evidence. Iraq continues to harbour Mujahedeen Khalq, an Iranian terrorist group opposed to the current Iranian regime and responsible for a number of assassinations. Baghdad continues to host the ailing and inactive Abu Nidal, but, like Osama bin Laden, Saddam’s support for Palestine is mostly rhetorical.

Iraq does have an active chemical and biological weapons program (developed with U.S. and British assistance), but it is highly unlikely to provide such weapons to terrorist groups for fear of retribution. Saddam has nothing in common with Islamist groups, and his commitment to the Palestinians does not include endangering his own position.

Shiite Iran was a bitter enemy of the Shiite-hating Sunni Taliban, supplying arms to the Northern Alliance and nearly going to war with the Taliban in 1998. Al-Qaeda’s anti-Shiite extremists are unlikely recipients of Iranian aid. Iran condemned the September 11 attacks and, in recent days, Iran claims to have arrested 150 al-Qaeda and Taliban fighters and family members who fled to Iran after escaping Afghanistan via U.S. ally Pakistan, a long-time supporter of al-Qaeda and the Taliban.

Iran remains a patron of the Lebanese Shiite Hezbollah organization, which made a successful strategic transition from classic terrorism to guerrilla operations against Israeli military targets in its battle to drive Israel from Lebanon. Hezbollah is listed as a terrorist organization by the U.S., a definition not completely accepted elsewhere. Iran also supports the Hamas and Islamic Jihad groups of militants within Palestine, regarding the liberation of Palestine as a religious obligation. The shipment of arms intercepted by Israel was probably less an attempt to aid terrorist attacks than to give the Palestinians the means to adopt the proven methods of the Hezbollah.

Iran has been listed as a state sponsor of terrorism since 1984, but considers itself a victim of terrorism by Mujahedeen Khalq attacks and likes to remind the U.S. that its unconditional support for Israel undermines the war against terrorism.

Iranian intelligence forces have been implicated in the 1996 Khobar Towers attack in Saudi Arabia, but there have been no major incidents of direct Iranian terrorism since the election of moderate president Mohammad Khatami in 1997. Democratization and westernization are ongoing processes in Iran, but moderates seeking engagement with the West are being pushed into the camp of the conservative clergy by the “axis of evil” speech.

North Korea’s terrorist acts have traditionally been organized by state security groups and have been almost exclusively directed at South Korea. Despite this, it is reconciliation-seeking South Korea that has protested most strongly at the inclusion of North Korea in the axis.

North Korea’s major acts of terrorism occurred in 1983 and 1987, during the presidency of the late Kim II-Sung. With American urging, North Korea has since signed five anti-terrorism conventions and is in the process of ratifying two more. But its refusal to surrender members of the now moribund Japanese Red Army (responsible for a 1970 hijacking) to Japan has placed North Korea on the U.S. list of terrorist states.

Nevertheless, there are no pressing “terrorism” concerns that involve North Korea (though a Tamil Tiger video shot last year is alleged by some to show North Korean equipment in use by the Tamils). There is no evidence that North Korea has ever been involved with Islamist terrorist groups.

Each of the axis countries has a historical association with terrorism (a large club), but may be regarded as uncooperative or hostile to the aims of al-Qaeda. The axis appears to be a revision of the list of rogue states, conceived as possible sources of nuclear-armed missile attacks on the continental United States. The $60 billion scheme intended to defend the U.S. from this possibility, the unproven National Missile Defense (NMD), should not have survived September 11 when it was demonstrated that expensive and provocative ballistic missile programs were unnecessary to inflict major damage on the U.S. Currently, none of these nations is close to being able to target the U.S. with missiles. Unable to protect the U.S., the missile defence shield is an expensive gift to the defence industry.

But while the Americans fret about the “axis of evil,” two of the world’s largest states remain poised inches away from nuclear annihilation in Kashmir. The al-Qaeda leadership remains at large, Afghanistan remains a ruinous breeding ground for violence, Saudi Arabia and Egypt remain unaddressed hotbeds of Islamist extremism and the Israel/Palestinian conflict is escalating. In the meantime, the “victory” over the primitive Taliban is taken as proof that Pax Americana can be imposed on all the U.S.’s enemies at once.

An attempt to replace any of the axis regimes would require a serious commitment of U.S. ground forces, especially with coalition support falling by the way. In the meantime, Americans are left asking; Whatever happened to that Bin Laden fellow?