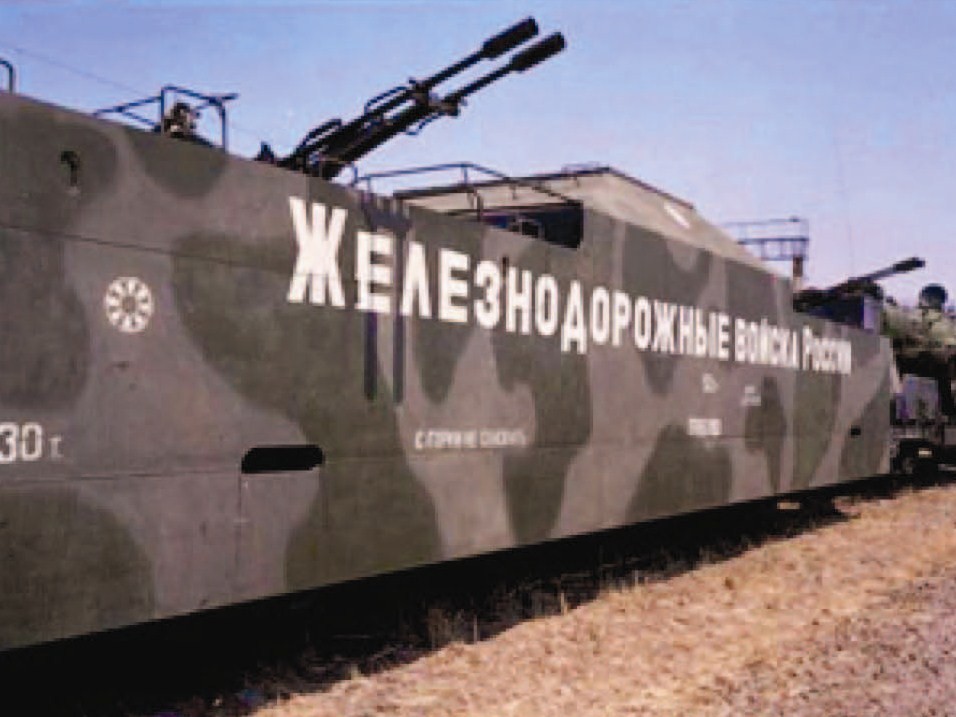 A weapon thought by many to belong to military museums is making a return to active anti-insurgency operations in the North Caucasus: the armored train. First used for such purposes in the American Civil War, armored trains and the tactics associated with their use were most fully developed in the vast expanses of Russia, where they were used in large numbers in World War One, the Red-White Civil War of 1917-22 (including extensive operations in the Caucasus), the Second World War and the Sino-Soviet border conflict of the 1960’s. More recently, Russian armored trains were deployed to secure railway lines against Azeri nationalists during the 1990 Soviet military intervention in Baku. Now Russia’s defense ministry has announced the return of armored trains for use against Islamist insurgents in the North Caucasus (Interfax, January 5, 2010; Russia Today, January 5, 2010).

The growing insecurity of Russia’s railway system led to an announcement by President Dmitry Medvedev on December 2 that he had just signed a special order regarding the prevention of terrorist attacks on railways (ITAR-TASS, December 2, 2009). Medvedev’s announcement followed remarks by Prime Minister Vladimir Putin that called for pre-emption as the best means of eliminating attacks on the rail system (Moscow Times, December 1, 2009).

Bombings of Russian trains in Dagestan have become a major security problem, with some seven explosions occurring on trains in the last six months of 2009 alone. The attacks appear to be part of a new campaign by North Caucasus Islamist insurgents to strike Russian infrastructure, including railways (EDM, December 10, 2009).

A review of recent attacks on railway infrastructure gives some sense of the growing problem:

Building on the 1919 innovation to include a desantniy ortryad (raiding team) with every armored train for offensive and defensive missions, modern armored trains include detachments of armor and infantry that can be quickly offloaded and deployed around the area of the train or sent on reconnaissance missions. This makes it difficult for insurgents to prepare ambushes or destroy sections of track without detection. Meanwhile, the armored train can provide mobile artillery fire in support of infantry operations. Anti-aircraft weapons provide a defense against air attack, though this does not figure into anti-insurgency operations such as those in the North Caucasus where control of the skies is held by state forces. Tanks carried on the armored train may also be used in a secondary role as tractors in the removal of derailed railroad cars (as a result of ambush, mines, etc).

During the Cold War, Russia deployed 56 RT-23 Intercontinental Ballistic Missiles (ICBM’s) (NATO name – SS-24 Scalpel) on military trains used as mobile launch pads. The last of these was decommissioned in 2005. Elaborate armored trains were deployed along the Soviet-Chinese border in the 1970’s. These trains carried a motorized rifle platoon, an anti-missile detachment, military engineers and communications units. The train could also deploy 12 tanks (two amphibious), eight armored personnel carriers and a variety of lighter transport. The armored trains were demobilized as border tensions with China calmed in the 1980’s (www.russia-ic.com, November 26, 2009).

Russia maintains a unique formation of Railway Troops (Zheleznodorozhniki -ZhDk), composed of four railway corps, 28 railway brigades and a number of military and research units under the control of the defense ministry since 2004 (ITAR-TASS, May 2, 1999). The Railway Troops are responsible for securing and rebuilding railroads in support of combat and mobilization efforts, the construction of new railways and the repair or reconstruction of rail systems destroyed by enemy forces or natural calamities. Railway troops were active in these roles in the First Chechen War of 1994-96. Shortly after the Second Chechen War began in 1999 the Railway Troops began operating an armored train to protect commercial cargo and military supply trains (Nezavisimaya Gazeta, June 10, 2008).

In the wake of continuing insurgent attacks on the railroads of the North Caucasus, Russia will return two Stavropol-based armored trains to service in Ingushetia, Chechnya and Dagestan. The trains, which have been held in reserve for two years, are equipped with “special devices for the removal of landmines and heavy weapons capable of countering an attack by armed militants.” The armored trains will likely be manned by railway troops of the 76 ZhDK, based in Volgograd. The unit is considered well-trained, well-equipped and ready for combat operations. [1]