The United States military came under fire earlier this month when it was revealed that a course taught at the Joint Forces Staff College in Norfolk, Virginia advocated a “total war” against Islam using tactics similar to the fire-bombing of Dresden or the nuclear devastation of Hiroshima against the holy cities of Mecca and Medina (Wired.com, May 10). After the content of the course was made public, it was condemned at the highest levels of the U.S. military as “totally objectionable” and “against [American] values.”

While the advocacy of such tactics in the “War on Terror” has become a mainstay on the websites of anti-Islamic extremists, it has also occasionally penetrated the American political mainstream, most notably when Republican Representative Tom Tancredo advocated the destruction of the holy cities in 2005 with the following justification: “When we bombed Hiroshima, when we bombed Dresden, we punished a lot of people who were not necessarily [guilty]. Not every German was a member of the Nazi Party. You do things in war that are ugly” (CNN, July 22, 2005; see also WFLA-AM, July 15, 2005 and AP, July 18, 2005 for similar remarks).

The idea of destroying Islam’s holy cities is not a new one, however, and the most serious threats to their existence have actually come at the hands of fellow Muslims. In 930 C.E. a radical Isma’ili sect known as the Qarmatians based in the eastern coast of the Arabian Peninsula attacked Mecca, causing widespread destruction before stealing the Black Stone of the Ka’aba, a pre-Islamic relic that survived the iconoclasm of the Prophet to become a highly revered element of the pilgrimage to Mecca. The Black Stone was eventually ransomed at a great price, but was returned broken into seven pieces. 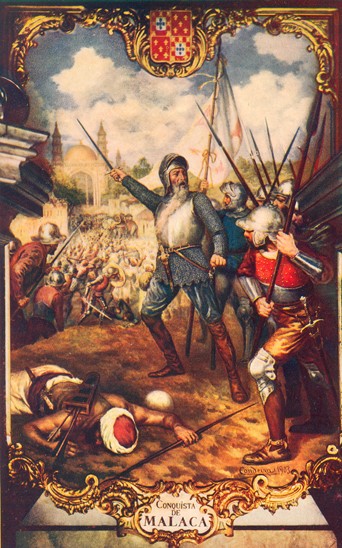 In the early 16th century Portugal, then a world power, embarked on an aggressive campaign against the Muslim world for control of global maritime trade routes. The fighting was vicious, without quarter and marked by frequent atrocities. The Mamluk empire of Egypt and Syria stood to lose much by Portuguese re-routing of the spice trade but the Mamluks had no navy and little experience in naval matters; most Mamluks, in fact, could only be persuaded to board a ship by coercion or compulsion. To avoid an unfamiliar and expensive naval conflict, the Mamluk Sultan Qansuh al-Ghawri sent monks from the Church of the Holy Sepulchre in Jerusalem to the Pope in Rome to warn him that if he did not persuade the Portuguese to back down, Qansuh would order the destruction of all the Christian sites in the Holy Land. The threat had little impact, as the Portuguese reminded the Pope that pilgrimage to these sites was a major source of revenue for the Mamluks and Qansuh was therefore unlikely to pursue their destruction. In the end Qansuh was forced to build and man a navy with help from the Ottomans and the Venetians to battle the Portuguese in the Indian Ocean. Afonso de Albuquerque, a veteran of the brutal Portuguese campaigns in Morocco and a pathological enemy of Muslims everywhere was sent to establish Portuguese supremacy in the Indian Ocean and Red Sea, where he turned Qansuh’s threats around by suggesting the destruction of the Islamic holy cities of Mecca and Medina as well as stealing the body of the Prophet Muhammad. Fortunately for the Muslims, de Albuquerque was unable to carry out his plans, though he did apply fire and sword to expand the new Portuguese Empire as far as the island of Timor in Southeast Asia.

The real destruction of Mecca began with its conquest by the 18th century Islamic reformer Muhammad ibn Abd al-Wahhab (1703-87). Al-Wahhab believed the pure monotheism of Islam had been corrupted through the introduction of bid’a (innovation) and shirk (polytheism), which the Wahhabis saw expressed in the saint worship and religious ritual they believed had no basis in the Islam of the Prophet and his immediate successors (the Salaf). His success as a religious reformer accelerated after he formed an alliance with the ruler of the Najd region of Arabia, Muhammad ibn Sa’ud. The new movement destroyed the holy places of Shi’a Islam in Karbala in 1802 and then turned their attention the next year to the holy cities of the Hijaz, Mecca and Medina. The destruction of many of the tombs, mosques and mausoleums of holy men in Mecca, the conversion of the Baqi’ (graveyard of the earliest generations of Muslims) into a garbage dump and the desecration of the Prophet’s tomb in Medina (which they intended to demolish) was a humiliation to the Ottomans, who turned to their Viceroy in Egypt, Muhammad ‘Ali, to drive the Wahhabists (as they came to be called, though they themselves rejected the term) from the holy cities, which were retaken in 1812. The Egyptian campaign against the Wahhabis continued until their near total destruction in 1818, after which their leader, ‘Abdullah ibn Sa’ud, was sent to Istanbul, where his head was crushed in a vice after refusing to recant the teachings of al-Wahhab.

Old Mecca: The 1780 Ottoman Castle at top left was demolished in 2002 and the hill leveled.

However, the Wahhabi/Sa’udi alliance was far from finished, and once again the Bedouin tribesmen of the Najd took the holy cities in 1925 under the leadership of ‘Abdulaziz ibn Sa’ud. The movement promptly began demolishing the extensive Ottoman reconstruction of various holy sites, including mosques and tombs honoring members of the Prophet’s family.

In the last 20 years the Saudis have applied Wahhabi principles in destroying most of the remaining historical-religious legacy of the two holy cities in the name of expanding facilities for the ever-growing number of pilgrims, despite frequent protests from Muslims across the world. [1] In 1998 the tomb of the Prophet’s mother was bulldozed and the remains set afire with gasoline. Mosques have been dynamited and leveled to make room for parking lots and banking machines while archaeological remains have been bulldozed into oblivion. The Mecca home of the Prophet’s first wife Khadijah was replaced by a public toilet for pilgrims (Independent, September 24, 2011). Even the tomb of the Prophet in Medina and his birthplace in Mecca are once more scheduled for demolition. Most of the old city of Mecca has now been obliterated to make room for luxury hotels, shopping malls and banking towers, while the billion dollar expansion of the Grand Mosque in Mecca has wiped out most of the remaining portions of the historic mosque, which were found offensive by Saudi clerics.

The Ka’aba Overshadowed by Modern Mecca

In reality, the destruction of the religious legacy of the Islamic Holy Cities, with the exception of the Ka’aba and the tomb of Muhammad (whose ultimate fate is still unsure) has been largely accomplished by their self-proclaimed protectors, the Sa’udi royal family, with the approval of the Saudi religious establishment. Even the most rabid Islamophobe would now find little to destroy that could be authentically described as “Islamic” in these new cities of glass and steel towers built on the bulldozed heritage of Islam.

1. See Irfan Ahmed, “The Destruction of the Holy Sites in Mecca and Medina, Islamica Magazine 15, http://islamicamagazine.com/?p=424.

This article first appeared in the May 18, 2012 issue of the Jamestown Foundation’s Terrorism Monitor