A Gaza-based Salafist militant group, the Ma’sadat al-Mujahideen, has made a surprising claim of responsibility for igniting a series of devastating forest fires near Reno, Nevada. The claim was made in a statement from the group entitled “Declaring War on America by Setting Fire to Nevada Forests” that was carried on a number of jihadi websites (Ansar1.info, January 21). 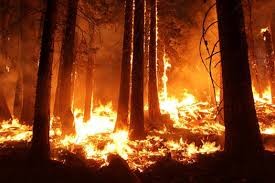 The Work of the Gazan Mujahideen?

According to the statement, a group of “brothers from the lions of Ma’sadat al-Mujahideen set the fires on January 19 as part of an effort to widen “the area of war” by transferring it to locations inside America and elsewhere. The Salafist movement declares that fighting against the civilians and military of Israel, America and their allies to be fard ayn, or individually obligatory on all Muslims until “the liberation of Palestine” is achieved. The Salafists also issue a warning:

We give the enemies of Islam and the allies of the Jews who occupy the land of Palestine three months beginning from the date of this statement to disown [themselves] from the Jews who occupy the land of Palestine, and their actions against our Moslem brothers, and we demand the end of their alliances that oppress our rights as owners of the land, or we will be forced to extend our war until it spreads in all the lands that plot with our enemies.

Demanding that the Jews “return from whence they came since they have no place among us,” the movement points out the ease with which damaging attacks can be inflicted on nations such as America from within. Referring to the alleged setting of the Nevada forest fires, the message encourages similar actions by other Muslims:  “Here you see with our own eyes what simple materials can do, that are cheap in your enemy[‘s homeland], and how much damage it can inflict in them.” The brush fire in a valley between Carson City and Reno consumed more than 3,000 acres and forced the evacuation of more than 4,000 residents (Los Angeles Times, January 19). The Gazan Salafists did not provide any evidence of their claim, the veracity of which remains highly questionable at the moment.

Though it has been impossible to confirm the role of Ma’sadat al-Mujahidin in a number of incidents of suspected arson to which the movement has made claim, the group seems rather fixated on the use of fire as a tactical weapon in an asymmetric jihad. Last December the group issued a statement entitled “Setting a Fire in Factory on Materials and Chemical Fertilizers,” and a year earlier claimed to have started the fires in the forests of the Mount Carmel mountain range in northern Israel that killed more than 40 people.

Led by Shaykh Abu Ubaydah al-Ansari, the Ma’sadat al-Mujahideen is heavily influenced by the Salafists’ intellectual hero, Shaykh Ibn Taymiyya (1263-1328), and have declared it their duty to “liberate our [Muslim] lands and sanctuaries, not out of patriotism, but as a compulsory Islamic duty” (Shabakat al-Tahadi al-Islamiya, February 16, 2010). The movement is highly critical of Hamas for its alleged failure to fully implement Shari’a in Gaza, its failure to confront “the Jews” militarily, and its alleged “apostacy” (see Terrorism Monitor, March 4, 2010).

This article first appeared in the January 26, 2012 issue of the Jamestown Foundation’s Terrorism Monitor.