Kenyan reports say Israeli personnel will help secure potential targets in Kenya from terrorist attack. The Israeli security experts are expected to start work in the next few weeks. According to Israeli ambassador Gil Haskel: “Israel is willing to send consultants to Kenya to help Kenya secure its cities from terrorist threats and share experience with Kenya because the operation in Somalia is very similar to Israel’s operations in the past, first in Lebanon and then in Gaza Strip” (Daily Nation [Nairobi], November 18). Since the Kenyan operation in Somalia began in mid-October, terrorists have struck the Kenyan cities of Nairobi, Garissa and Mandera. More attacks are feared as the operation progresses as al-Shabaab leaders call for major terrorist attacks within Kenya. 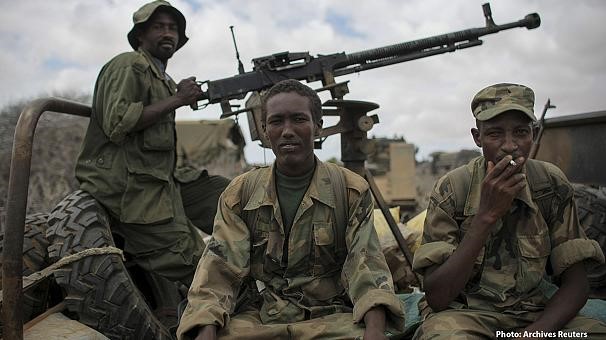 A statement from the office of Kenyan Prime Minister Raila Odinga said that Israel had agreed to help “rid its territory of fundamentalist elements,” with Israeli Prime Minister Benjamin Netanyahu asserting that “Kenya’s enemies are Israel’s enemies.” The statement also said that the Israeli prime minister had pledged to help create a “coalition against fundamentalism” in East Africa together with Kenya, Ethiopia, South Sudan and Tanzania (BBC, November 4). The Kenyan prime minister’s four-day visit to Jerusalem concluded with the signing of a memorandum of understanding on internal security issues (Jerusalem Post, November 15). Various arms deals are expected to follow, with Kenya seeking patrol vehicles and maritime surveillance equipment. The latest meetings follow up on a Kenyan mission to Jerusalem last year to request Israeli military assistance in countering al-Shabaab threats (Shabelle Media Network, February 14; see also Terrorism Monitor Brief, March 11, 2010).

Al-Shabaab is reported to have responded to the initiative by sending agents from mosque to mosque to announce Israel had now joined the Christian Crusaders to destroy Islam in Somalia (Daily Nation, November 18). Referring to the terrorist strikes already carried out inside Kenya, al-Shabaab spokesman Ali Mahmud Raage warned Kenya that “things have not begun in earnest yet and it is now a month on. You still have a chance to go back to your border (Nairobi Star, November 17). Shabaab spokesmen also insisted the world’s Muslims had a responsibility to aid the Somali Islamists now that Israel was joining the struggle against them.

Israel has lately intensified its diplomatic efforts in sub-Saharan Africa. A recent meeting between Netanyahu and South Sudan president Salva Kiir was soon followed by visits from Kenyan Prime Minister Odinga and Ugandan president Yoweri Museveni, who actually bumped into each other in Jerusalem unaware of each other’s presence (Nairobi Star, November 18). Israel indicated last year that it was prepared to recognize the breakaway territory of Somaliland as an independent nation (Golis News, February 11, 2010). It is believed that Israel has an interest in establishing a military outpost in the Somaliland port of Berbera (Shabelle Media Network, February 14, 2010).  However, new complications in Israeli naval access to the Suez Canal since the Egyptian Revolution may put such plans on hold.

The question now is whether the Israeli-Kenyan agreement will provide the necessary fuel to sustain a successful al-Shabaab recruitment campaign in Somalia at a time it is hard pressed on several fronts and awaiting yet another potential military intervention by Ethiopia. TFG cooperation with the Kenyan offensive will also be easily interpreted by Somalis as cooperation with Israel, a development that would present a major setback for international efforts to restore security in the Horn of Africa region. Discussions regarding Kenya joining the existing African Union Mission in Somalia (AMISOM) could further complicate the local credibility of American-backed African Union efforts to destroy al-Shabaab.

This article first appeared in the November 24, 2011 issue of the Jamestown Foundation’s Terrorism Monitor.