One of the most prominent Islamists to emerge as a political power in Libya’s post-Qaddafi era has offered his views on the controversial September 11 attack on the U.S. consulate in Benghazi that left four Americans dead. The remarks, carried in an October 9 interview by pan-Arab daily al-Sharq al-Awsat, were made by Abd al-Hakim Belhadj (a.k.a. Abu Abdullah al-Sadiq), head of the Islamist al-Watan (“Homeland”) Party and the former head of the post-revolutionary Tripoli Military Council. Belhadj is also a former amir of the al-Qaeda-associated Libyan Islamic Fighting Group (LIFG) and is believed to have received close support from Qatar during the revolutionary period. 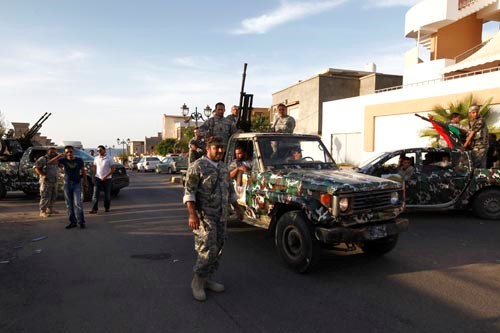 Belhadj adopted a view similar to the earlier and now generally discounted interpretation that the assault on the Benghazi consulate was a spontaneous demonstration inspired by an anti-Islamic film rather than a planned terrorist strike:

The information we received is that the issue at the beginning was spontaneous. The people gathered in front of the consulate, and then an exchange of fire took place between the two sides – between the consulate’s guards and the demonstrators, some of whom were armed. This has later resulted in the regrettable action which claimed the life of the U.S. ambassador. We are waiting for the results of the investigations that will provide us with the firm information represented in the facts that will condemn parties and lead us to know those responsible.

Belhadj’s remarks were essentially an extension of the Islamist’s earlier characterization of the incident:

We are fully aware that this despicable hate film, “Innocence of Muslims,” does not reflect the American people’s views, and that the producers of this film are an extremist minority. The unequivocal condemnation of the film by U.S. officials made this quite clear. Indeed, a careful analysis of the situation suggests that there is no conflict between our peoples. Rather, a hate campaign led by a small number of extremist Islamophobes has led to unacceptable counter-reactions by small extremist groups. As in the U.S., these extremists do not reflect mainstream opinion (Guardian, September 21).

While Belhadj admits he has “heard of al-Qaeda in the Islamic Maghreb,” he notes that, “personally, I have not noticed the presence of al-Qaeda in Libya during my leadership of the Military Council in Tripoli.” Commenting on reports of people affiliated with al-Qaeda involved in the Benghazi consulate attack, Belhadj claims: “In fact, I do not have information on the presence of this organization in Libya. However, as ideas, perhaps there are similar ideas, and we… will work to prevent Libya from becoming a land for targeting or implementing al-Qaeda’s plans or for its presence.”

Though Belhadj is certain to be better informed on the attack than he seems prepared to reveal, nevertheless the former militia commander appears committed for now to a political approach to determining Libya’s future through his Watan Party and is more closely associated with the consulate’s Libyan February 17 Brigade guards than with the parties most likely associated with the attack. However, Belhadj still has reservations about a general demobilization and disarmament of Libya’s roving militias, suggesting that the government should work out a plan to absorb the ex-revolutionaries “and stop chaos, which the proliferation of these groups and weapons may cause.” Nonetheless, Belhadj calls for the establishment of a capable national security administration before the disarmament process, “because if we start with collecting the weapons before building the establishment, this may have an adverse result and this vacuum may be exploited by those who want to shake security or destabilize the country.” Unfortunately, it is unlikely that the state can establish a functioning security role until the militias turn in their weapons, thus leaving the state permanently vulnerable to bursts of political violence such as the one that claimed the lives of U.S. diplomatic and security personnel in Benghazi.

Belhadj was in Benghazi in April, 2011, where he helped organize a new Islamist militia known as the “February 17 Brigade” (al-Hayat, January 2). It was this same militia that was later responsible for providing local security at the U.S. consulate in Benghazi.

Included in the security force for the Benghazi consulate proper were four members of the Islamist February 17 Brigade, described by a State Department source as “a friendly militia which has basically been deputized by the Libyan government to serve as our security, our host government security.” A further 16 militia members were part of the quick reaction security team based at the CIA compound described as the consulate’s “annex.” [1] Members of the militia engaged with the consulate’s “Special Protection Unit” complained of a lack of training, inadequate weapons and equipment and a general lack of cooperation from the U.S. embassy that culminated in the unit receiving no response to calls for backup during the assault on the Benghazi consulate (al-Sharq al-Awsat, October 7). 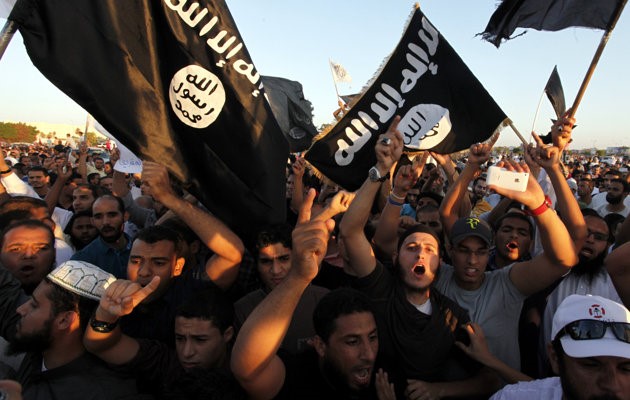 The February 17 Brigade is one of the so-called “loyal militias” (at least nominally under the control of the Libyan Defense Ministry) in Benghazi. Others include:

Other, non-conforming militias active in Benghazi include:

Libyan leader Muhammad al-Megaryef has used public anger against the militias (who appear to have been surprised by the degree of resentment expressed by protesters in Benghazi’s September 21 anti-militia demonstrations) to try and bring the leadership of the “loyal militias” into line with the nascent Libyan government security forces by assigning Army chief Yusuf al-Mangush to replace their commanders with colonels from the official Libyan military (BBC, September 24).

Despite such efforts, there is a near certainty of a retaliatory drone strike targeting armed militants responsible for the consulate attack before the U.S. presidential election. Numerous drones have been reported by local observers in the night skies over Benghazi, though it is difficult to confirm the accuracy of such reports. Abd al-Hakim Belhadj has publically warned the United States that it would be “unwise” to “send drones into Libyan airspace or [send] naval destroyers to its shores” (Guardian, September 21).

This article first appeared in the October 18, 2012 issue of the Jamestown Foundation’s Terrorism Monitor.