AQIM’s Algerian leadership has appointed al-Vourghan Brigade leader Jemal Oukacha (a.k.a. Yahya Abu al-Hammam) as its new Saharan amir (Agence Nouakchott d’Information, October 4). Al-Hammam’s appointment was intended to fill a vacancy created when Nabil Makhloufi (a.k.a. Abu al-Kama) was killed a month ago, allegedly in a “car accident” in the desert between Gao and Timbuktu (Le Temps d’Algerie [Algiers], October 5). 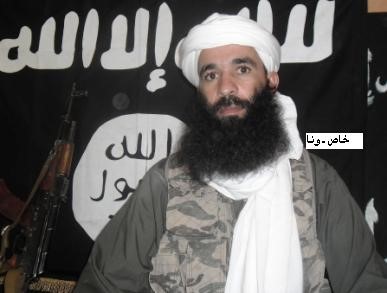 Al-Hammam is a native of Reghaia, a town in Algiers Province in northern Algeria, and has been involved in Islamist militancy since 2000, when he finished an 18-month term in prison and joined the Groupe salafiste pour la prédication et le combat (GSPC), which later became al-Qaeda in the Islamic Maghreb (AQIM). The young jihadi began to come into prominence through his participation in several raids against Mauritanian and Algerian military posts under Mokhtar Belmokhtar and Abd al-Hamid Abu Zaid. In 2006, al-Hammam was sentenced to death in absentia in Biskra on terrorism-related charges. By 2010 he was heavily involved in the kidnapping of European nationals in the Sahel region with the Vourghan Brigade (Liberté [Algiers], October 6).

Al-Hammam is believed to be very close to AQIM leader Abd al-Malik Droukdel (a.k.a. Abu Mus’ab Abd al-Wadad) and his appointment can be seen as an attempt by the Boumerdes-based leadership to reassert their authority in the wild Sahara/Sahel sector, where movement commanders have grown used to a large degree of autonomy in their operations and decision-making.

Al-Hammam’s promotion appears to have come at the expense of Mulathamin Brigade leader Mokhtar Belmokhtar, who was reported to have been seriously wounded in a clash with Tuareg rebels earlier this year (see Terrorism Monitor Brief, July 12). If this is the case, the appointment may well create new tensions within the movement, but the decision marks Droukdel’s intention to establish firmer control of the movement’s southern brigades in anticipation of a major confrontation with ECOWAS, African Union or Western forces in northern Mali in the coming months. News of the appointment was apparently accompanied by orders from the AQIM leadership to Abd al-Hamid Abu Zaid and others to respect the decision (El-Khabar [Algiers], October 6). It has been reported that the division of spoils from AQIM’s lucrative Saharan kidnapping business has been a recent source of friction between the movement’s southern amirs.

AQIM’s dominance in the Sahara/Sahel region is now being challenged by the rival Movement for Unity and Jihad in West Africa (MUJWA), which is attracting large numbers of sub-Saharan recruits (Jeune Afrique, October 14). A spokesman for the Mulathamin Brigade denied Algerian reports that Mokhtar Belmokhtar was injured in a clash between the AQIM Brigade and MUJWA fighters on September 27 (Le Temps d’Algerie, October 1). Nonetheless, al-Hammam’s appointment is in part an effort to reinvigorate AQIM’s profile in the region.

With an external military intervention in Mali very unlikely before the end of the year, both AQIM and MUJWA have an opportunity to rally supporters and prepare an armed response. MUJWA leader Omar Ould Hamaha has warned France against adopting an aggressive stance against the Islamists of northern Mali as well as claiming Mauritania’s armed forces would be no match for MUJWA fighters, who he says are more experienced and better armed than Mauritanian troops (al-Akhbar [Nouakchott], October 6). Algeria appears to be favoring an approach that would simultaneously encourage dialogue with northern Mali’s Tuareg rebels (without exclusion) while isolating AQIM and MUJWA from the local community (Tout sur l’Algerie [Algiers], October 12).

This article first appeared in the October 18, 2012 issue of the Jamestown Foundation’s Terrorism Monitor