The Western-led military coalition operating against the Islamic State organization in Syria and Iraq continues to wrestle with the implications posed by having Hezbollah as an active but entirely unwanted ally in the campaign. (1) 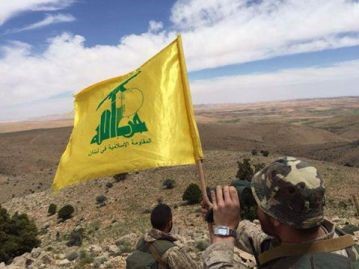 Some indication of how the West intends to deal with the movement considering its designation as a terrorist group by many NATO partners was given in the text of the International Syria Support Group’s (ISSG) agreement to “cease hostilities” in Syria.(2)

Intended to be implemented within days, the agreement, which falls well short of a monitored ceasefire, allows for continued attacks on the Islamic State, al-Qaeda-backed Jabhat al-Nusra “or other groups designated as terrorist organizations by the United Nations Security Council.” (3) Hezbollah is clearly excluded as a continuing target as it is not a UNSC designated terrorist organization. This carefully worded document indicates the West and its ISSG partners will continue to ignore the presence of Hezbollah in the ground war against the Islamic State and Jabhat al-Nusra rather than address the diplomatically difficult but nevertheless essential formation of a policy to deal with the Sunni extremists’ leading opponent on the battlefield. The continued absence of such a policy only invites uncontrolled military interaction that could easily and quickly expand the conflict.

Canada is the only coalition state so far to declare a policy on military interactions with Hezbollah in the region, simply stating that there will be no cooperation under a “no contact” policy. Ottawa has withdrawn its CF-18 fighter-bombers from the anti-Islamic State coalition as the new Liberal government of Justin Trudeau backs away from meaningful military commitments alongside Canada’s allies in favor of a “sunny ways” policy that does not involve killing terrorists or even depriving them of Canadian citizenship. Ottawa has announced plans to deploy 100 Canadian troops in Lebanon to act as advisers in the fight against the Islamic State organization. These behind-the-lines advisers in Lebanon and others in Iraq are intended to replace the Canadian bombing mission.

Defense Minister Harjit Sajjan was adamant that the advisers will work only with “the legitimate government of Lebanon,” but not with Hezbollah. Sajjan appeared to be unaware that Hezbollah parliamentarians and two cabinet ministers are part of “the legitimate government of Lebanon.” Although his statement is consistent with Canada’s designation of Hezbollah as a terrorist organization, it remains that it is Hezbollah and not the Lebanese Army that is doing the vast bulk of Lebanese fighting against Islamic State forces, meaning the new advisory mission will have little impact and be an ineffective replacement for bombing runs on Islamic State targets. Those Lebanese Army units that are involved in anti-Islamic State activity along the Lebanese-Syrian border tend to operate joint patrols with Hezbollah, suggesting Canadian troops operating under Canada’s “no-contact” policy with Hezbollah will be restricted to advising rear-echelon formations.

Hezbollah’s campaign against Sunni extremists in Syria has received an important statement of support from Lebanese Christian presidential candidate Michel Aoun, a former Lebanese Army commander who noted that the Lebanese Army was simply not strong enough to defend Lebanon without Hezbollah’s assistance (Gulf News, February 7, 2016). Aoun is relying in some degree on Hezbollah support for his presidential candidacy (by constitutional requirement, Lebanon’s president must come from the nation’s Maronite Christian community), but is growing frustrated with Hezbollah’s somewhat leisurely promotion of his candidacy amidst suspicions in some quarters that Hezbollah would prefer to have no president at all.

Recent musings by Ali Akbar Velayati, Iranian adviser to Iran’s supreme leader, on the possibility of a formal alliance between Iran, Russia, Syria and Hezbollah were dampened by Russian officials, though the Russian presidential envoy to Afghanistan conceded: “In the hypothetical sense, [Velayati] is correct: if Hezbollah is doing what we’re doing, then we are principally allies” (Sputnik News [Moscow], February 3, 2016). Russia is still attempting to assure Israel (with whom it signed a defense agreement in September when the Russian intervention in Syria began) that it has no intention of strengthening Hezbollah with heavy weapons, but it clear that it is Russian-Hezbollah-Iranian ground-air coordination on the battlefield that has enabled the Syrian regime to make major strides against both extremists and Western-backed “moderate” rebels in recent weeks.

If the Saudis decide to intervene in Syria militarily in favor of the Sunni rebel groups supported financially by the Kingdom (as they are threatening to do, possibly with military support from Turkey and a number of Arab nations), clashes with Hezbollah and Syria’s Iranian advisers will be inevitable, finally transforming the simmering Sunni-Shiite feud into a full-blown battlefield confrontation. If the “cessation of hostilities” agreement fails, as it seems it must, the potential for massive escalation in Syria holds dire consequences for the entire Middle East.