Buoyed by the successful transition of power after recent elections and the reconciliation of the government and opposition, Mauritania is now taking the unprecedented step of broadcasting a televised debate on the meaning and merits of jihad from inside a Nouakchott prison. On one side was a panel of officials and scholars, on the other was a divided group of some of Mauritania’s most dangerous convicts, including the leader of al-Qaeda in Mauritania, Khadim Ould Saman (al-Jazeera, January 19, 2010). 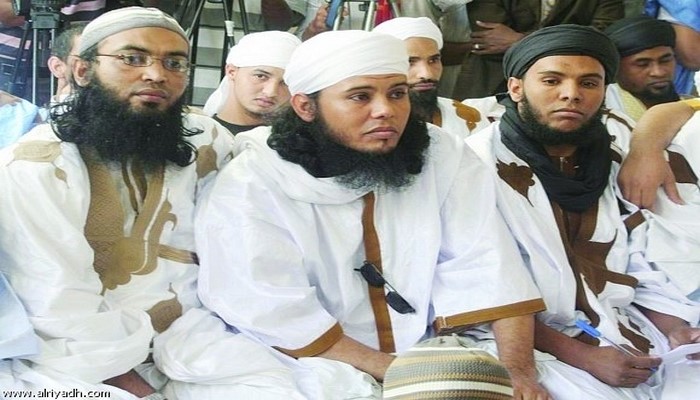 The two-day event (January 18-19) was attended by 67 Salafist prisoners, most of whom still await trial. The panel of scholars was led by Shaykh Muhammad Hassan Ould Daou and the Minister of Islamic Affairs, Ahmed Ould Nini, who announced, “We are here today to discuss ways and means to get out of a crisis that threatens civil peace in a nation known for its spirit of tolerance, magnanimity and openness” (AFP, January 2, 2010). One member of the panel explained, “The objective is to encourage [the prisoners] to repent and to support a fatwa that condemns fundamentalism and religious violence – a fatwa which imams will later disseminate in mosques” (Jeune Afrique, January 29, 2010). One of the central questions examined in the dialogue was the legitimacy of attacks against Muslims and non-Muslims.

Ould Saman, who wore an “Al-Qaeda” T-shirt to one of the sessions, maintains that attacks on the Islamic Republic of Mauritania are a religious duty due to the government’s failure to uphold Shari’a. During the debate, Ould Saman insisted the scholars and clerics had no choice but to follow his example:

Indeed, we are right to face infidels everywhere in Muslim lands until they leave every part of Muslim countries and until we liberate them. We have the right to fight a handful of people who rule Muslim countries until we remove them by fighting them by the sword and until we enforce the rule of Shari’a. It is the right of Muslims to be ruled by the Shari’a… You [the clerics] have no knowledge and are wrong to describe us as ignorant and religious extremists (al-Jazeera, January 19, 2010; January 23, 2010).

Ould Saman, however, appears to represent a minority view among the prisoners, 47 of whom signed a document calling for dialogue with Mauritanian religious scholars. The document praised the outreach work of the scholars, saying they have explained certain concepts “which they previously did not understand” (Agence Nouakchott d’Information, January 11, 2010). Still, about 20 irreconcilables continue to support Ould Saman’s hardline views, even with the possibility of an amnesty dangling before them. This group, which includes some of Mauritania’s best-known terrorists, is aware that AQIM has demanded their release in exchange for three Spanish hostages. Many of the Salafist detainees have complained of torture and mistreatment while in prison, though human rights groups report an improvement in this area under the new regime.

Ould Saman escaped from the same prison in 2006 and is alleged to have used his freedom to murder four French tourists in December 2007 and to organize an attack on the Israeli embassy (now closed) in February 2008. He was re-arrested in April, 2008 (Agence Nouakchott d’Information, April 30, 2008). After his arrest, Ould Saman was charged with using Mauritania as a base for “terrorist acts against a foreign country [Israel] and belonging to a terrorist organization” (AFP, August 26, 2009). The talks, which are being followed closely by the public, are supported by Mauritania’s newly legitimate Islamist party, Tawassoul.
This article first appeared in the February 4, 2010 issue of the Jamestown Foundation’s Terrorism Monitor.