Fierce fighting broke out last week in the oil-rich region in and around Malakal, the capital of Sudan’s Upper Nile State, after a government-sponsored militia leader made an unexpected return to the city, where he is wanted by local authorities for his role in a violent episode in 2006 that left 150 people dead. 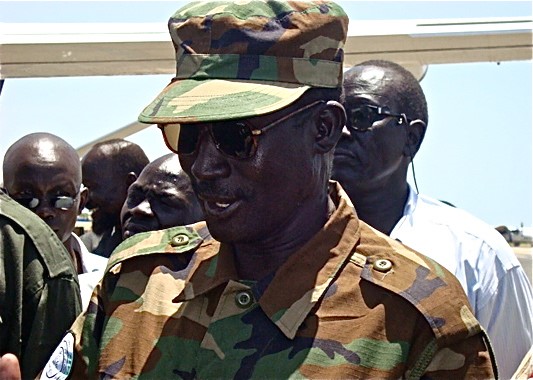 Major General Gabriel Tanginya (a.k.a. Gabriel Gatwech Chan) led a pro-government militia in the 1983-2005 North-South Civil War. Following the 2005 Comprehensive Peace Agreement (CPA), Tanginya and his forces were integrated into the Sudan Armed Forces (SAF), with the militia leader being rewarded with the inflated rank of Major General. Bloody clashes with the Sudanese Peoples Liberation Army (SPLA) in 2006 led to the withdrawal of Tanginya and his militia to Khartoum, where they have remained since. His surprise return to Malakal on February 23 was seen by some southern politicians as a provocation designed to reignite the civil war (AFP, February 27; Sudan Tribune, February 26). The Government of South Sudan (GoSS) claims Tanginya was met in Malakal by members of the SAF’s military intelligence. Peacekeepers belonging to the United Nations Mission in Sudan (UNMIS) asked Tanginya to leave shortly after his return to Malakal, but the militia leader refused.

Fighting erupted after the SPLA tried to arrest Tanginya on an outstanding warrant issued by the GoSS. Sudanese Armed Forces (SAF) units belonging to the Joint Integrated Units (JIU) formed from SPLA and government forces after the 2005 peace treaty joined in the defense of Tanginya against their former JIU comrades. Troops of the SPLA’s 7th Division under the command of Major General Majier Amel pounded the SAF units and Tanginya’s militia with artillery and tank-fire, driving these forces towards the Malakal airport (New Sudan Vision, February 25). Fighting also spread to the Faluj oil field north of Malakal, where the GoSS reported clashes between Khartoum’s “petroleum police” and villagers in a number of places inside the oil-producing zones.

The fighting came to an end with the dispatch from Khartoum of a delegation led by Government of South Sudan (GoSS) Vice President Dr. Riek Machar, a controversial figure who led his own Nuer-based pro-government militia against the SPLA during the Civil War. Machar ordered Tanginya to return to Khartoum and UN officials urged the JIU to “demonstrate tolerance and uphold their professional obligations” (Sudan Tribune, February 27). The death toll in Malakal included 26 civilians, 15 soldiers of the SPLA, and 16 soldiers of the SAF. 84 soldiers and civilians were wounded (Sudan Tribune, February 27).

Malakal was the scene of tribal violence earlier this year when a dispute between the Chollo Shilluk and the Ngok Dinka over who should enter a local stadium first for a celebration of the fourth anniversary of the CPA turned violent. Nine people were killed and 90 injured by the fighting and police gunfire. Shortly thereafter as many as 12 people in the nearby village of Nagdiar were killed in an attack and two other villages burned to the ground (Miraya FM [Juba], January 25). Malakal lies in land traditionally claimed by the Chollo Shilluk. The Ngok Dinka arrived in the area in 1818, leading to disputes over land ownership (Khartoum Monitor, January 16). The Dinka are the most powerful tribe in the SPLA. The arrival of General Tanginya in Malakal may have been an attempt to exploit this dispute to create further divisions between the Shilluk and the Dinka in the lead-up to the 2011 referendum on Southern independence.

The fighting also demonstrated the fragility of the JIU, which broke into North-South factions as soon as the fighting began. Though it has always been difficult to find anyone with much confidence in the joint infantry units, there was still some hope they might provide a template for a combined national army if the South votes for unity with the north in the upcoming referendum.

In 2006 SPLA forces in Malakal clashed with Tanginya’s second-in-command, Mabor Dhol, after the latter refused orders to leave Malakal. 150 people were killed in the consequent fighting and a warrant was issued for Tanginya’s arrest. GoSS Minister of Information Gabriel Changson Chang said, “We must stress that any attempt to evacuate or protect Tanginya and his accomplices will constitute a crime of harboring and aiding criminals” (Sudan Tribune, February 26). In response, Riek Machar described the arrest procedure as “a complicated matter:”  “There is nobody that would arrest a Major General in the Sudan Armed Forces, except the command of the SAF, which I don’t belong to” (Sudan Tribune, March 1).