A coalition of militant Salafi-Jihadi groups in Sudan has threatened to carry out 250 “martyrdom operations” in the United States, France and the UK in response to the issue of a warrant by the International Criminal Court for the arrest of Sudanese President Omar al-Bashir on charges of war-crimes (Akhir Lazha [Khartoum], March 10). The strikes would target “world imperialists and CIA agents” in the three countries in what was described as “another September 11 attack” (Sudan Tribune, March 11). The statement was also carried by a number of jihadist websites. The coalition, calling itself the Coalition of Jihad and Martyrdom Movements, also called for the assassination of ICC prosecutor Luis Moreno-Ocampo and Khalil Ibrahim, the Zaghawa leader of Darfur’s rebel Justice and Equality Movement (JEM). 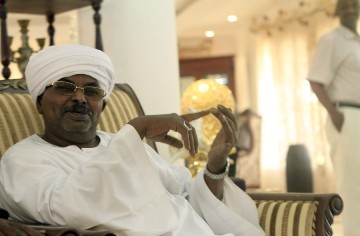 Khalil Ibrahim’s movement staged a spectacular but unsuccessful attempt to overthrow the Bashir regime last May by sending a convoy of JEM fighters by truck all the way from the Chad border to the suburbs of Omdurman. The statement described Ibrahim and the Paris-based Abd-al-Wahid Muhammad al-Nur (the Fur leader of a faction of the rebel Sudan Liberation Army/Movement – SLA/M) as “Zionist agents,” an accusation commonly made by the Khartoum regime as a consequence of the leading role played by Jewish organizations in Darfur activism. The coalition announced the formation of joint brigades under a unified command to carry out jihad and rid Darfur of colonialist “filth.” The coalition also declared its intention to coordinate with other global jihadist movements.

The new threats follow a February 21 warning from Sudanese intelligence chief Salah Abdallah Gosh (who has worked closely with the CIA on counterterrorism issues despite being labeled as one of the architects of the Darfur crisis) of the consequences of an ICC warrant for al-Bashir: “We were once fanatical Islamists, but we have become moderates and now believe in coexistence and peace. However, we will never break apart and have no choice but to revert to our fanaticism in order to manage our battle with the ICC” (Al-Sahafah [Khartoum], February 21). 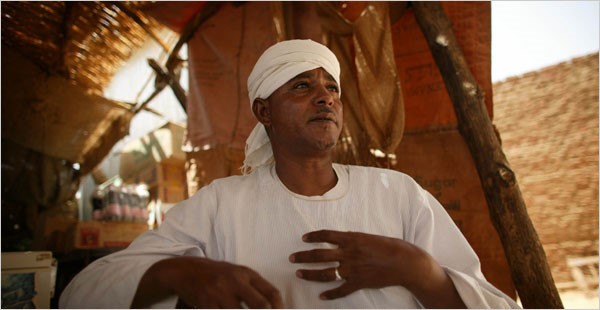 The statement was issued on March 9 by a group of mostly unknown Salafi-Jihadi militant groups, all apparently based in Sudan. Most notable of these was the Liwa’a Isud Darfur (Darfur Lions Brigade), which, according to the statement, is led by Shaykh Musa Hilal, the most prominent and powerful of the Janjaweed leaders in Darfur.

Musa Hilal’s involvement in the terrorist threat is interesting, as he remains an official of the Sudanese government, serving as Adviser to the Ministry of the Federal Government since January 2008. The statement was carried in Sudan by Akhir Lazha, an Arabic-language daily thought to have close connections to Sudanese intelligence and the ruling National Congress Party led by Omar al-Bashir. In late February, Musa Hilal promised to mobilize 30,000 of Darfur’s “finest mujhahideen” to ensure anyone who supported the ICC would “pay the price” (Al-Intibaha [Khartoum], February 27). JEM has accused Musa Hilal’s men of responsibility for the March 11 kidnapping of three Darfur-based members of relief organization Médecins Sans Frontières (AFP, March 13).

Four soldiers belonging to United Nations/African Union Mission in Darfur (UNAMID) were wounded by gunfire from an unknown source in Western Darfur the same day the statement was issued (AFP, March 10). Neither Sudan nor the United States has ratified the treaty establishing the powers of the ICC.