The day before Lebanese President Michel Suleiman began his visit to Iran, a pan-Arab daily reported that Tehran was preparing to offer the Lebanese Armed Forces (LAF) heavy weapons, including missiles (al-Hayat, November 23). Tehran believes the LAF can operate in a complimentary fashion with Hezbollah in organizing the defense of the country, though many Lebanese parliamentarians insist that Hezbollah must turn over its weapons to the LAF. Reports from Tehran state that Suleiman requested only medium arms from Tehran for national defense and the fight against terrorism and was not seeking heavy weaponry like missiles or jet fighters (Al-Nahar [Beirut], November 26; Tehran Times, November 26). Suleiman is a former commander of the LAF. 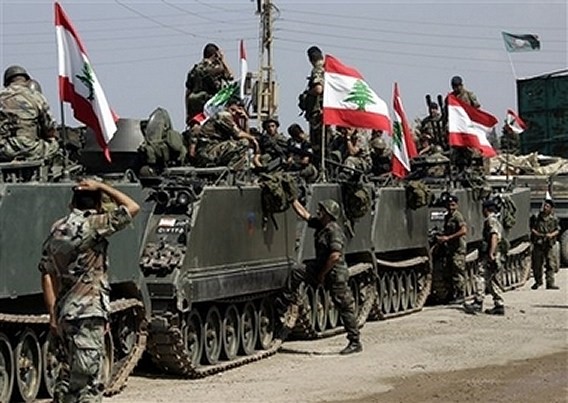 The security agreement signed at the end of Suleiman’s Tehran visit, calls for Iran to supply Lebanon with arms and equipment for the next five years. The exact arms to be supplied will be determined in accord with a new national defense strategy (Al-Sharq al-Awsat, November 27; Naharnet, November 27). Lebanon’s ongoing efforts to hammer out this new strategy were discussed at the talks with Iranian President Mahmoud Ahmadinejad.

Iran has supplied the Shiite Hezbollah movement with arms since the 1980s, but previous offers to supply the LAF have been rejected on national security grounds (Al-Ahram Weekly, November 27 – December 3). As part of Suleiman’s visit, Supreme Iranian leader Ayatollah Ali Khamenei made a declaration that; “The Islamic Republic of Iran believes that the power of all Lebanese groups should be at the service of the country’s national unity in order to counter the danger of the Zionist regime” (al-Bawaba, November 25).

Israeli Defense Minister Ehud Barak told parliament last week that Hezbollah now had 42,000 missiles, three-times the number it had at the beginning of the 2006 Israeli-Hezbollah war (BBC, November 24). Barak warned Lebanon that integrating Hezbollah into the Lebanese state, politically or militarily, will lead to Israel targeting Lebanon’s infrastructure with “in-depth attacks in the event of a new conflict” (BBC, November 24).

Hezbollah leader Shaykh Hassan Nasrallah has urged the government to equip the LAF with anti-aircraft and anti-tank weapons as part of the national defense strategy. Hezbollah made good use of the latter in the 2006 war with Israel (see Terrorism Focus, August 15, 2006). Nasrallah added that an army without anti-tank missiles was only a body “that deals with national security,” adding; “Our army must be strong, and therefore must be well-trained and well-equipped, and not only with assault rifles and grenades” (Naharnet, November 12; Ynet, November 27).

At a recent meeting of the March 14 ruling coalition, Phalange Party leader and former president Amin Gemayel called for all weapons in the hands of Hezbollah or militant groups within the Palestinian refugee camps to be turned over to the state (Daily Star [Beirut], November 24). Other March 14 politicians have also opposed a deal for Iranian arms, which National Liberal Party leader Dori Chamoun described as “not sophisticated” (al-Manar, November 25). Shaykh Nasrallah and the Hezbollah leadership reject the idea of turning their weapons over to the LAF, claiming that to do so would weaken Lebanon’s ability to protect itself against attacks from Israel in the absence of a national defense strategy.

The United States has been heavily involved in reforming the LAF with hundreds of millions of dollars worth of arms supplied in the last few years. In mid-November, Lebanese authorities announced that the U.S. would supply the LAF with dozens of M60 “Patton” main battle tanks beginning in early 2009 (al-Nahar, November 21).  Israel operates over 700 upgraded versions of the M-60. Though Israeli officials expressed concerns that the M-60 might eventually end up in the hands of Hezbollah, it is important to note that the tanks would be easy prey for Israeli aircraft or even Israel’s upgraded armor. Hezbollah has more interest in anti-tank weapons than tanks.

Beirut may yet reverse its decision to accept Iranian arms supplies. Mixing arms from different sources would create many difficulties and cannot be viewed as a step forward in creating a national defense policy. If, however, Beirut proceeds, having Iran supply arms for both the LAF and Hezbollah may be an important step in their eventual integration.

This article first appeared in the December 3, 2008 issue of the Jamestown Foundation’s Terrorism Focus