As the Pakistani Army pushes deeper into South Waziristan, a vocal political challenge to Islamabad’s cooperation in the War on Terrorism has emerged in the form of Syed Munawar Hasan, the Amir (leader) of Jamaat-e-Islami (JI)—the leading party in the religious coalition that rules Pakistan’s North-West Frontier Province (NWFP)—and  a member of the ruling coalition in Balochistan Province. 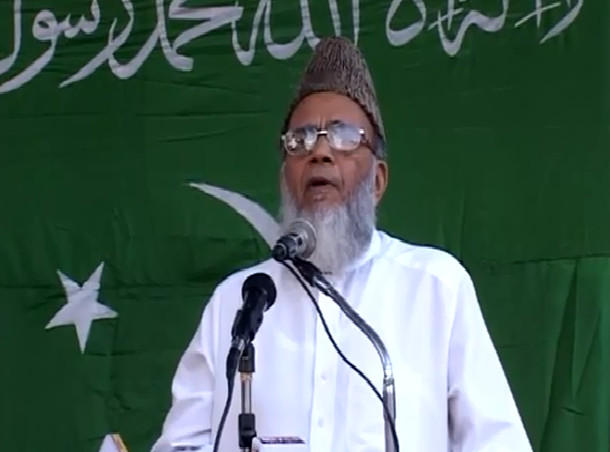 Syed Munawar was a student of JI founder Maulana Syed Abul Ala Maududi (1903-1979), one of the leading theorists of political Islam. A member of JI-Pakistan since 1967 and the party’s Secretary General since 1993, Syed Munawar has begun a very public campaign to rally support among Pakistan’s conservative religious community against the U.S. role in the region and Islamabad’s offensive against Taliban extremists in South Waziristan. He is also calling for a diplomatic campaign against India for its alleged role in terrorist activities within Pakistan.

In recent well-publicized rallies and Friday sermons, Syed Munawar has issued a series of provocative statements and demands. According to the JI’s Amir:

• Pakistan should sever all ties with India and begin a diplomatic campaign against the country at the United Nations in response to the discovery of Indian arms in South Waziristan and Balochistan. The government has failed to do this because India is backed by the United States. Indian Hindus are organizing atrocities against India’s Muslim, Sikh, Christian and Buddhist communities (Jasarat [Karachi], November 15; The News [Islamabad], November 14). JI is organizing “black days” of protest against India in mid-December.

• Muslim Kashmiris have been waging a struggle for freedom from India for 62 years. India has responded by sending a 700,000 man “army of savages” (Jasarat [Karachi], November 15). Though JI claims it is dedicated to a peaceful and democratic process, the exception is Kashmir, in which case the movement actively supports armed groups fighting Indian rule.

• State terrorism is the real form of terrorism due to the massive firepower available to modern states. Millions of people have died in the “unprecedented” destruction caused by state terrorism (Jasarat [Karachi], November 15)

• The United States is seeking to create a “mini-Pentagon” in Islamabad by expanding its embassy there. Islamabad is “under the occupation of Blackwater [renamed Xe Services LLC in February]” and Washington is pushing for an expansion of the counter-insurgency operations to North Waziristan. The ongoing drone attacks on insurgent leaders are an assault on the sovereignty of Pakistan but come as part of a campaign to change the borders of Pakistan (The News [Islamabad], November 19). Syed Munawar called on Army Chief of Staff General Ashfaq Parvez Kayani to write a letter to President Barack Obama demanding a halt to the drone attacks (The Nation [Lahore], November 20).

• The October attack on the Army’s GHQ in Rawalpindi was not the work of the Tehrik-e-Taliban Pakistan (TTP) (as the movement claimed in an October 12 TTP statement), but was instead the work of the United States and India. “I am not ready to believe that the Taliban are so powerful that they would dare attack the GHQ” (Dawn [Karachi], October 12; The News [Islamabad], November 19).He identified “the secret terrorist force, Blackwater” and India’s Research and Analysis Wing (RAW – India’s external intelligence agency) as the perpetrators (The Nation, November 20; Jasarat, November 12).