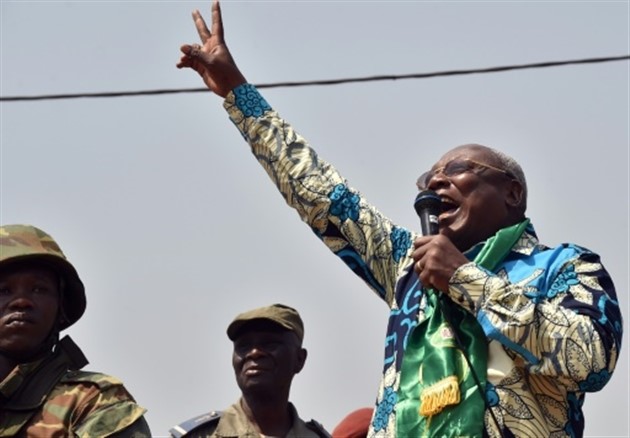 According to CAR opposition leader Martin Ziguele, the head of the Movement for the Liberation of Central African People (MLCAP):

President Jacob Zuma was dragged along into this wasp’s nest mostly by South African businessmen, who were naturally interested in mining activities in Central Africa. They truly dragged President Zuma into, it should be said, a trap. Because all countries in the sub-region had more intimate knowledge than South Africa on Central Africa’s political realities and the conditions for a real exit from the crisis (RFI, March 26).

On March 28, a Johannesburg daily published the detailed results of an investigation into South African business connections with the CAR that began at the same time as the signing of the 2007 Memorandum of Understanding regarding defense, minerals and energy that called, in part, for the establishment of a South African military mission in Bangui. The report identified the involvement of a number of high-ranking ANC security and intelligence figures and ANC investment front Chancellor House in an effort to dominate the CAR’s diamond-mining industry. The initiative was arranged by a well-known and controversial “fixer,” Didier Pereira, a business partner of senior ANC security figures Paul Langa and Billy Masetlha, a former head of the South African National Intelligence Agency (NIA) (Mail & Guardian [Johannesburg], March 28). An ANC statement denied the allegations, claiming the Mail & Guardian was “pissing on the graves of gallant fighters who put their lives on the line in service of our country and our continent” (Mail & Guardian [Johannesburg], April 1).

It is possible that Bozize’s growing ties with South Africa irritated Chadian president Idris Déby, who had played a major role in installing Bozize as president and had provided his personal bodyguard force until they were withdrawn last December. Bozize has claimed that the attack on the South Africans was led by “Chadian special forces” (BBC, April 3). A force of roughly 400 Chadian troops forms part of the Mission de consolidation de la paix en République Centrafricaine (MICOPAX), an international force drawn from Chad, Gabon, Cameroon and the Congo (see Terrorism Monitor Brief, January 10, 2013). South African defense analyst Helmoed Römer Heitman has noted that “the attacking force was far different from the “rag tag” rebel force originally reported: Most of them in standardized uniforms with proper webbing and with flak jackets, new AK47s and heavy weapons up to 23mm cannons.  It was also clear that many were not from the CAR, some speaking with Chad accents and others having distinctly Arabic features” (Sunday Independent, March 31). 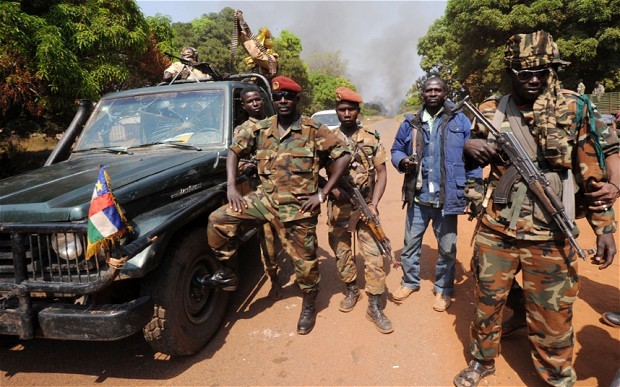 Shortly before his overthrow, Bozize suggested the rebellion was an externally-fueled attempt to control the CAR’s growing oil industry, alleging the involvement of maverick American oilman Jack Grynberg, who sued the CAR government after his exploration license in the northwestern CAR was revoked by Bozize (Jeune Afrique, October 14, 2011).

Seleka leader Michel Djotodia, a Russian trained economist who lived in the Soviet Union for 14 years, has denied rumors that Seleka was supported by Chad, Gabon or Congo-Brazzaville, saying that it was “simply misery that pushed us into taking up arms” (RFI, March 25). SANDU, the soldiers’ union, has insisted that the South African government has a legal duty to arrange for an ICC indictment of Djotodia after the bodies of child soldiers were discovered among the large numbers of dead rebels after the battle in Bangui (SAPA, April 1) There are signs that Djotodia is settling in for the long-term as the CAR’s ruler; though he has pledged to hold elections in 2016 (when Bozize’s term would have expired), he has also noted: “I did not say that I would hand over power. I said that in three years I will organize free and transparent elections with everyone’s support” (RFI, March 25).

Under heavy pressure from the media and political opposition, South African president Jacob Zuma reversed his intention to keep the battered South African force in the CAR and announced on April 4 that the South African military mission would be withdrawn (AFP, April 4). France may have played a role in the decision by preventing the deployment of a stronger South African force for fear it may lead to an attack on the Bangui airport or French interests in the city (Sunday Independent, March 31). The opposition had called for the withdrawal of a force that was “deployed to defend particular economic interests near the capital on behalf of a corrupt, authoritarian and unpopular government” (Business Day Online [Johannesburg], March 25).

South Africa has traditionally been one of the largest contributors to peacekeeping operations in Africa, with current SANDF deployments in Darfur and the Kivu region of the DRC. Though the South African military remains woefully underfunded, the ANC government continues to use it as an instrument of foreign policy and a means of establishing regional influence. While the South African opposition is demanding the recall of the badly damaged and still unsupported military mission in Bangui, there are rumors that the South African military may now be planning a retaliation in order to defend the reputation and future safety of SANDF troops, potentially expanding a conflict whose true motives are known only to the senior South African leadership. The struggle for control of the CAR is further evidence of the growing military and political influence of Chad in Africa, working at times (as in Mali) in partnership with France. The current decline of South Africa and Nigeria as Africa’s military powerhouses also suggests major shifts are ongoing in Africa’s regional balance of power.

This article was first published in the April 4, 2013 issue of the Jamestown Foundation’s Terrorism Monitor.