While international attention focuses on efforts to deal with the fallout from Mali’s military collapse and subsequent coup, a rebellion and coup in the Central African Republic (CAR) involving some of the main actors in the Mali crisis (including France and Chad) has garnered less attention, but may have equally important implications for the future of African security efforts, particularly those relying on the declining capabilities of the South African military. 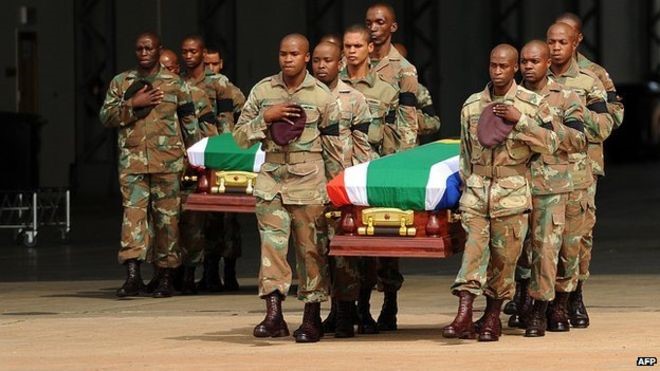 In a series of skirmishes and battles from March 22 to 24 with a large force of Seleka rebels in the CAR capital of Bangui, a force of roughly 250 South African paratroopers and Special Forces personnel suffered 13 killed and 27 wounded, putting an effective end to the South African military presence in the CAR. The number of prisoners in Seleka hands has not been confirmed, but is rumored to be as high as 40 (SAPA, March 26). In a development similar to one of the grievances that led to last year’s military coup in Mali, South African troops complained of being provided with insufficient ammunition, contributing to their losses in the fighting with rebels (SAPA, April 1). The South Africans’ heaviest weapons appear to have been rocket launchers and 107mm mortars.

The rebel attacks followed the overthrow of President François Bozize and it is believed the rebels were angered by what they perceived as the South Africans’ role in helping Bozize escape the capital. Bozize is reported to have fled to neighboring Cameroon with some members of the Presidential Guard, where he is awaiting news on which African country is prepared to shelter him. One of Seleka’s main demands prior to their capture of Bangui was for the withdrawal of the South African troops, whom they regarded as “mercenaries” preserving the rule of a corrupt ruler.

The South Africans were present in Bangui under the terms of a 2007 Memorandum of Understanding in which the SA soldiers would engage in a capacity-building mission to help the CAR with the implementation of a disarmament, demobilisation and reintegration process designed to absorb former rebels into the Forces armées centrafricaines (FACA) (Sowetan [Johannesburg], March 26). Some of the South African troops in Bangui were deployed to protect what the South African National Defense Union (SANDU), which represents South Africa’s troops, described as South African commercial interests in Bangui (Johannesburg Times, March 27).

Referring to reports that South African president Jacob Zuma ordered the deployment against the advice of Defense Minister Nosiviwe Mapisa-Nqakula and senior military staff who were instead urging the withdrawal of the small training mission in Bangui, Democratic Alliance parliamentary leader Lindiwe Mazibuko noted that the CAR was one of the most corrupt states in the world: “The key question that needs to be asked is: why did South Africa need to lose lives to defend this president?” (SAPA, March 27; Business Day Online [Johannesburg], March 26). The opposition has called for a “comprehensive investigation” into the debacle in Bangui, but the ruling African National Congress (ANC) has retorted that this is not the time to score “cheap political points” and has promised that South Africa “will not turn our backs when our neighboring countries need our assistance” (AFP, March 26; link2media [Johannesburg], March 27). 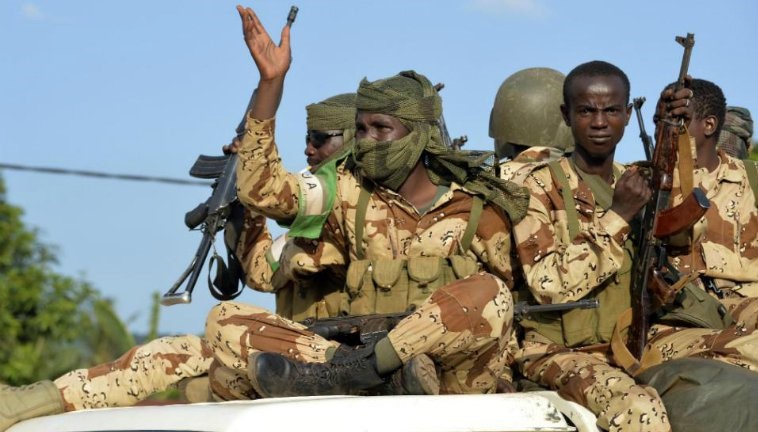 As the rebels made their final advance on Bangui, France sent an additional 350 troops to the CAR to strengthen the existing force of 250 soldiers (mostly Legionnaires) and protect the roughly 1200 French citizens in Bangui (AFP, March 26; RFI, March 24). The rebel offensive met little resistance from FACA forces and Chadian troops based north of the capital at Damara. Bozize called on Chad for military assistance in early December, but the Chadian troops sent to the CAR did not make a stand against the southwards advance of the Seleka rebels, which was only halted when a peace agreement (the Libreville Accords) was reached in January.

It was Bozize’s failure to implement the accords, particularly the clause relating to integration of former rebels into the CAR military, that led to Seleka’s final march on Bangui. A Seleka spokesman, Colonel Christian Djouma Narkovo, said military resistance collapsed quickly after the rebels entered the capital. The Colonel added that the rebels had clashed three times with the South Africans: “We took their arms and even took prisoners. They laid down their arms and are now in their barracks.” Colonel Narkovo also asked the French and Chadian forces in the capital to assist in bringing a halt to four days of looting and related chaos in Bangui that was fueled by a power blackout and radio silence that began on March 23 (RFI, March 24). Three Chadian soldiers were reported to have been killed in the confused fighting in the capital (RFI, March 24). Two Indian nationals were killed by French troops guarding the Bangui airport when three cars approaching at high speed ignored warning shots (AFP, March 26). The fall of the Bozize government has also forced the suspension of the CAR-based hunt for Lord’s Resistance Army leader Joseph Kony by the Ugandan People’s Defense Forces (UPDF) and U.S. Special Forces teams (Daily Monitor [Kampala], April 3; AFP, April 3)

Zuma’s decision to send a force of 400 men to ostensibly guard a group of 25 military trainers who could have easily been otherwise withdrawn can only be interpreted as an effort to bolster the CAR regime. In the end, only 200 troops were actually sent, though they were not provided with air support, medical services, armored personnel carriers, logistical support or an evacuation plan. Since the mission was mounted on a unilateral basis, the South Africans had no-one else to call on if things went bad. Two days after the battle in Bangui the South African Air Force put its Saab Gripen fighter-jets on standby, but the warplanes were reported to lack the weapons needed to carry out an attack (SAPA, March 26). The remaining South African contingent in Bangui remains under French protection in a barracks near the Bangui Airport, where they await an extraction mission by the South African Air Force.

This article was first published in the April 4, 2013 issue of the Jamestown Foundation’s Terrorism Monitor.