Kenyan security agencies were put on high alert on October 30 in response to threats from Somalia’s al-Shabaab movement. Al-Shabaab leader Shaykh Mukhtar Robow “Abu Mansur” issued a threat in mid-October to begin “a jihadi war in Kenya” if Kenya did not cease military training for some 10,000 recruits belonging to the forces of Somalia’s Transitional Federal Government (TFG) (Afrol News, October 16; Independent, October 17). 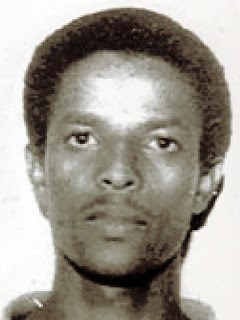 An internal Kenyan government memo warned, “Information reaching our frontier control department indicates that al-Qaeda terrorist organizations under the leadership of one Harun Fazul [Fazul Abdullah Muhammad] are planning to attack vital installations and Western Interests in Kenya and Uganda” (Nairobi Star, October 31). In September there were fears Harun Fazul (who is wanted for his role in the 1998 al-Qaeda bombings in East Africa) was planning attacks in the Ugandan capital of Kampala in retaliation for Uganda’s participation in the UNISOM peacekeeping force. Fazul was believed to be in the vicinity of the Kenyan town of Malindi at the time, where he evaded a security dragnet.

In what police describe as a “massive operation,” security forces have attempted to close the usually lightly guarded Kenyan-Somali border. On October 30, Kenyan police discovered 600 bomb detonators on a bus headed for the Mandera region of northeast Kenya – a possible indication of an impending escalation of violence in the area, already beset by clan fighting (Nairobi Star, October 31).

In the third week of October, Kenyan police and military forces began a large-scale security operation in the Mandera region, where most of the population is ethnic Somali, with close ties to related groups across the border in Somalia. The operation came in response to continued fighting between the Murule and Gharri clans. The conflict between the two groups has existed in one form or another for decades, but became heated in recent weeks after relative calm since a peace agreement was signed in 2005. The Murule and Gharri appear to have aligned themselves with rival clans within Somalia’s larger Marehaan group. According to some reports, Nairobi now views the clan fighting in Mandera as a potential threat to national security, as Kenyan intelligence reports that arms and funding from Somali clans and the extremist al-Shabaab movement are reaching the combatants in Mandera (NTV [Nairobi], October 30). There are also fears the weapons being shipped to Mandera may be passed onwards to intensify ethnic and political conflicts elsewhere in Kenya.

Security forces seized a small amount of communications equipment, which they said was used to coordinate illegal border crossings and monitor the movement of security personnel (NTV [Nairobi], October 30). The clans, however, have charged the security forces with using excessive violence (Daily Nation [Nairobi], November 3). Hundreds of people have been admitted to local hospitals with fractures, cuts and internal bleeding they say are the result of beatings and torture by security forces looking for concealed weapons. Kenyan police insist the wounds and injuries are self-inflicted and part of a campaign to stop the military operation (Daily Nation [Nairobi], September 1; IRIN, October 31).

There are reports that as many as half a million people have become displaced due to the fighting, which began with disputes over pasture land and scarce resources (The Standard [Nairobi], November 2). Some local leaders are urging an arbitration panel of religious scholars rather than a military campaign to reduce violence in the region, but the military says it will remain until it has completed its disarmament mission.

This article first appeared in the November 5, 2008 issue of the Jamestown Foundation’s Terrorism Focus