Right on the heels of the death of five Chinese oil workers in Sudan’s South Kordofan province came news of the murder of three Sudanese oil workers and the abduction of two Yemeni workers in neighboring Unity State. The latest ambush is blamed on individuals from Sudan’s Baqqara (cattle-owning) Arabs, who are also held responsible for the abduction and killing of the Chinese workers (Sudan Times, October 30). 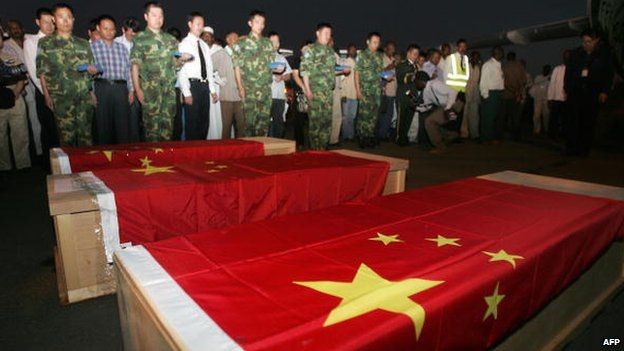 Nine employees of the China National Petroleum Corporation (CNPC) were abducted on October 18 while doing contract work for the Greater Nile Petroleum Operating Company (GNPOC). Three were killed on October 27 in an incident described by Chinese authorities as a botched rescue attempt by the Sudanese Armed Forces and by Khartoum as an accident caused when the kidnappers became nervous after a military helicopter began monitoring their movements. Two more workers were found dead in the following days (AFP, October 31). Chinese Foreign Minister Yang Jiechi is reported to have told his Sudanese counterpart, “It is one of the most serious killing cases of oversea Chinese workers in recent years and we are very shocked by it” (Sudan Times, October 29). Four remaining workers were hospitalized after being rescued.

Identification of Arab Misseriya tribesmen as the responsible parties seems to have been confirmed by the arrival of a delegation of Misseriya leaders to negotiate the workers’ release and a claim of responsibility from Abu Humaid Ahmad Dannay, a Misseriya who also claims to be the leader of the rebel Justice and Equality Movement (JEM) in Kordofan (Al-Sharq al-Awsat, October 24). Though JEM has repeatedly stated its determination to drive out China’s oil operations, it has denied any participation in the latest abductions through recognized spokesmen. Dannay refuted Khartoum’s description of the abductions as terrorism, stating, “The government is terrorizing us and we will respond in a similar manner.” The Chinese Foreign Ministry has also denounced the kidnappings as “terrorism” while calling for “severe punishment” of those responsible (China Daily, October 29; Xinhua, October 28). Sudanese security forces report they have the names of 25 individuals involved in the abductions, while local reports say the kidnappers are suffering from shortages of food and drinking water (Miriya FM, October 32; November 1).

The government continued to claim that Darfur’s rebel Justice and Equality Movement (JEM) was responsible for the abductions until November 1, when Sudanese Foreign Minister Deng Alor identified the suspects as former members of the government’s Popular Defense Forces (PDF) militia who were not integrated into the regular army after the 2005 Comprehensive Peace Agreement (CPA) (Sudan Tribune, November 1). The PDF in South Kordofan have suffered from a recent decline in funding and numerous defections to the Sudanese Peoples’ Liberation Army (SPLA). 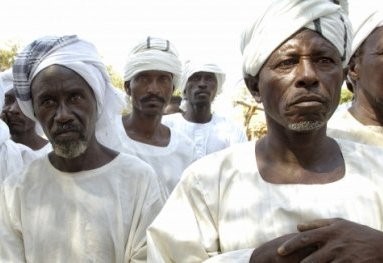 Misseriya grievances against Sudan’s growing oil industry include the destruction of pasture land and a preference for employing imported Asian workers instead of hiring locally. Having fought for years on the frontline of the north-south civil war, the Misseriya now feel abandoned by Khartoum. The Misseriya feel that the oil fields of the north-south border region were secured through their efforts, only to now see oil revenues used for the reconstruction of Khartoum while the poverty of South Kordofan remains unchanged. The leadership of the Misseriya is in a state of flux after government efforts to replace traditional leaders who supported Sadiq al-Mahdi’s Umma party with inexperienced individuals willing to support the ruling National Congress Party (NCP), which is dominated by Arab Islamists from north Sudan. Misseriya gunmen also abducted four Indian oil workers and their Sudanese driver last May.

Continuing attacks on oil workers threaten the development of the petroleum industry in Sudan just as a decline in oil prices and demand is creating a sharp drop in current revenues. The continuing militarization of the oil-producing regions is unlikely to inspire further investment, though China has stated its close economic involvement with Sudan will stay unchanged despite this latest in a series of attacks on Chinese facilities (AP, October 21).

This article first appeared in the November 5, 2008 issue of the Jamestown Foundation’s Terrorism Focus