In a surprising move, a group of Pakistani clerics best known for their hardline views on Islam’s role in society have gathered to issue a fatwa condemning suicide-bombing and the current trend of individuals or organizations declaring jihad against the state at any moment they feel appropriate. Brought together under the umbrella of the Mutahidda Ulema Council (MUC), the conference agreed “only the state has the authority to call for jihad, and individuals or groups are not authorized to do that” (Daily Times [Lahore], October 16). 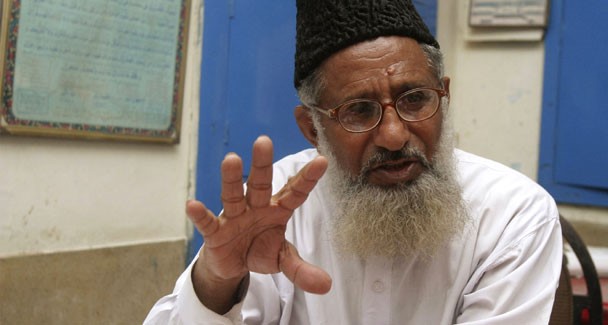 The meeting brought together an unlikely assemblage of Pakistani religious leaders. The council included representatives from the Jamaat Ahl-e-Sunnat (a Barelvi Sunni movement largely based on the non-Pashtun population of the Punjab) and their ideological opponents in the conservative Deobandi Jamaat Ulema-e Islam. The Shi’a Ahl-e Tashee was present, as was the Sipah-e Sahaba, a banned radical Sunni organization involved in terrorist violence against Shi’a. Representatives from minority Sunni groups like the Ahl-e Hadith and Jamaat-e Islami were also present. The conference was hosted in Lahore by the Jamia Naeemia (led by Maulana Sarfaraz Naeemi), a group known for its harsh criticism of perceived government failures to implement strict applications of Islam in the social and political spheres of Pakistan.

Conference delegates were unanimous in their rejection of suicide-bombing as haram (forbidden) and najaaiz (illegitimate), though the statement added: “It seems as if the government is covertly backing these attacks so that patriotic citizens may not assemble and launch a mass drive for the defense of the country” (The News [Islamabad], October 14). While moderate Islamic leaders like Mufti Munibur Rehman have issued fatwas against suicide-bombing in the past, few members of the MUC group of clerics have any affiliation to “moderate” trends of Islamic interpretation (Daily Times, October 16). Despite the criticism of the government, the clerics’ condemnation of suicide bombing was welcomed by Pakistan’s Interior advisor, Rehman Malik.

The conference also issued a number of demands on the Islamabad government, including an immediate stop to military operations in the Bajaur and Swat frontier districts, an alliance between Pakistan and Iran, and the public revelation of any secret deals made between ex-President Pervez Musharraf and the United States. The clerics condemned the recent U.S. nuclear trade deal with India as dangerous to Pakistan, which has just completed its own deal for Chinese nuclear assistance (Press Trust of India, October 2; Daily Times, October 16; October 19).

Tribal lashkar-s (ad-hoc military formations) have been formed in the frontier region in recent weeks to combat Taliban militants, but since the MUC meeting the Taliban have struck back with deadly suicide attacks against tribal jirga-s (assemblies) convened to discuss eliminating the militants (Geo TV, October 18; KUNA, October 19). The attacks suggest that even a fatwa issued by hardline Islamists is now insufficient to slow the rapid escalation of violence in the tribal regions.

This article first appeared in the October 22, 2008 issue of the Jamestown Foundation’s Terrorism Focus