Nine Chinese oil workers were abducted on October 18 from a small oil field in the South Kordofan region of Sudan. It was another example of the insecurity that plagues oil operations in Sudan and is the third abduction of petroleum industry employees this year. The men are employees of Chinese oil giant China National Petroleum Corporation (CNPC) and were doing contract work at the time for the Greater Nile Petroleum Operating Company (GNPOC), a consortium made up of Chinese, Malaysian, Indian and Sudanese elements (al-Jazeera, October 19; Reuters, October 19; Sudan Tribune, October 19). Security forces are reported to be scouring the area but have been hampered by rain and the thick bush and forest of the area.

Sudan and China have agreed to joint efforts to obtain the release of the kidnapped oil workers (SUNA, October 20). A crisis cell has been formed within the Chinese embassy to deal with the issue (Sudan Vision, October 20).

A spokesman for Sudan’s Ministry of Foreign Affairs accused the Justice and Equality Movement (JEM), a Darfur rebel group with national ambitions, of carrying out the abductions (SUNA, October 20). The Chinese embassy has not yet had any contact with the kidnappers (AFP, October 20). Despite government claims of JEM involvement, there is a strong possibility the kidnappers are members of the local Arab Messiriya tribe. Part of the cattle-owning Baqqara Arab group of western Sudan, the Messiriya are angry over the inequitable distribution of jobs and oil wealth from industry facilities located on their traditional grazing lands. JEM claims the Messiriya have joined their operations against Kordofan oil facilities in the past in reaction to a government disarmament campaign (see Terrorism Monitor, August 11). Four Indian oil workers and their Sudanese driver were kidnapped by the Messiriya last May (Sudan Tribune, July 27). Though it has warned Chinese oil companies to leave the region in the past, JEM has neither confirmed nor denied participation in the current kidnapping – JEM units are often far-flung and operate with a great deal of autonomy. 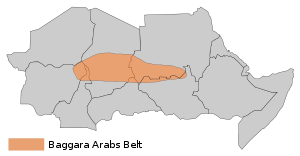 China’s efforts to fuel its rapid economic growth have led it into some high-risk areas where social and political instability have dissuaded others from working. Two Chinese engineers were kidnapped in Pakistan by the Taliban and have been held in the Swat valley since August 29. In a recent escape attempt one man reached a government checkpoint while the other fractured his leg and was recaptured by the Taliban (Geo TV, October 18).

The Kordofan abductions come at an embarrassing moment for the Khartoum government. Chinese special envoy to Africa Liu Guijin is scheduled to arrive on Friday to discuss the Darfur crisis. Chinese support for Khartoum is beginning to wear at its international credibility and there are reports that China has advised Sudan’s President Omar al-Bashir to begin cooperating with the International Criminal Court (ICC), which has recently indicted him for war crimes in Darfur (Sudan Tribune, October 18). China has also recently opened a consulate in the southern capital of Juba in an effort to develop relations with the oil-rich Government of South Sudan (GoSS) as it prepares for an independence referendum in 2011.

This article first appeared in the October 22, 2008 issue of the Jamestown Foundation’s Terrorism Focus