A spokesman for Iraq’s Jaysh al-Mustafa (Mustafa Army) used an internet question and answer session to admit setbacks but vowed to prevent the Kurdish takeover of the northern Iraqi province of Ninawa (Nineveh), the main base of the Sunni militant group (Media Commission of the Al-Mustafa Army in Iraq, May 15). 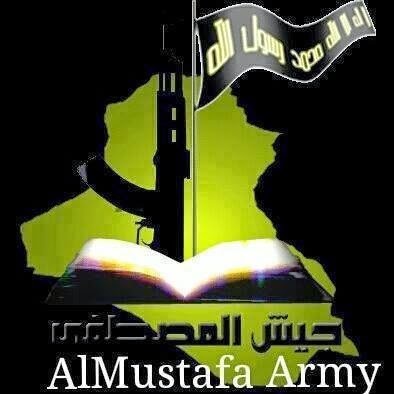 According to the spokesman, Abu Abd al-Rahman al-Iraqi, the group was formed in Ninawa Governate two months after the March 2003 U.S. invasion of Iraq. At first they operated under the name “al-Fatihin Army” during their earliest operations in Mosul. In time, the group expanded to Salah al-Din Governate and even into the outskirts of Baghdad. This continued until April 2004, when “occupation forces broke into our locations and arrested our most prominent leaders.” After this serious setback, the group slowly recovered and today consists of 12 “brigades,” though only four of these are operational due to “poor resources and lack of funding.”  Shaykh Abu-Abdallah al-Ansari is the Amir of the Al-Mustafa Army in Iraq.

Abu Abd al-Rahman also attributed the lack of internet videos depicting al-Mustafa Army operations to “weak financial capabilities” and “the geographical nature of the city Mosul,” though the latter point was not explained. The Mustafa Army relies on “the charitable people in Ninawa Governorate” for their funding, though these contributions have declined dramatically after threats were made to those funding the group. This has resulted in a decrease in the number of operations. Al-Mustafa Army supports the use of martyrdom operations (suicide bombings), but has not conducted any due to a “lack of assets.” Despite this, Abu Abd al-Rahman insists the jihad in Iraq is mandatory for every man, woman and child.

Admission of new fighters is made on the recommendation of a trusted person or a mosque cleric. Recruits must meet certain requirements regarding religious observance, good manners, etc. Abu Abd al-Rahman denies that foreign fighters are in the ranks of al-Mustafa Army. “In fact, we have not received any admission request from expatriate brothers, but we do not deny their fraternity and we are grateful to them.” The group claims to have Kurds as well as Arabs as fighters and leaders.

Abu Abd al-Rahman commented on al-Mustafa’s relations with a number of other Iraqi armed groups:

• Army of Men of the Naqshabandi Order (a Sufi militant group): Al-Mustafa Army has good relations with this group and is ready to cooperate with them in all jihad activities.

• Gaza Martyrs Brigade: Three individuals broke from al-Mustafa two months ago and have since formed this group. “We wish them success, but we confirm there has not been any split in the group.”

• The Shi’a:  Al-Mustafa Army has “no relations” with the Shi’a public and the group does not fight them. However, the group considers the “Persian Safavids” (a reference to Shi’a militias) to be their enemies.

• Ba’athists:  Abu Abd al-Rahman denies the Mustafa Army is composed of Ba’athists, saying these are rumors designed to undermine the group, though it “does not belittle” the Ba’athists.

• The Islamic State of Iraq (ISI – al-Qaeda affiliated):  The group has good relations with ISI and has worked with several of its field commanders in the past.

• The Sahwa (Awakening) Councils:  These individuals have made mistakes by joining with the occupation forces, but the “door of repentance” remains open for them.

Though the group has suffered from security round-ups and financial shortfalls, it is still determined to resist efforts by the Kurdish Regional Government of northern Iraq and its peshmerga militias to annex parts of Ninawa like Sinjar, Rabi’ah and the Ninawa plain. “We have future plans to anticipate events and pre-empt any attempt to tear up the governate of Ninawa, which will have to be over our dead bodies…”

This article was first published in the May 26, 2009 issue of the Jamestown Foundation’s Terrorism Monitor.