An alleged rising led by an Islamic preacher in the oil-rich southern region of Chad was repressed with great loss of life by government forces in the first days of July. The incident in the town of Kouno came in response to calls for an international jihad from Ahmat Ismail Bichara, a fiery 28-year-old religious leader, and the destruction of most of the town by his followers. 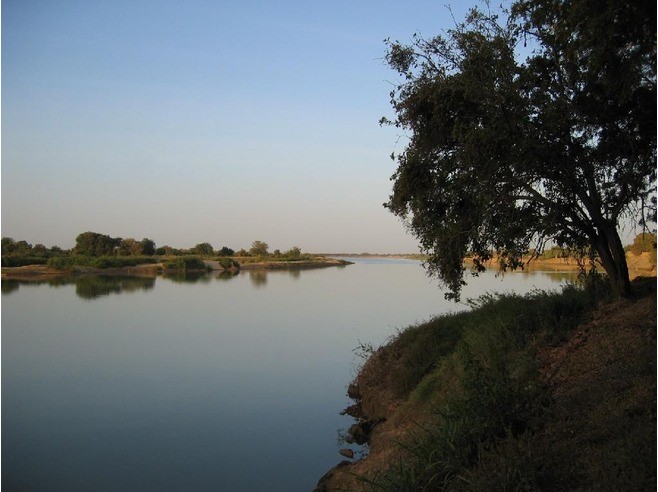 Kouno lies over 300 km (190 miles) southeast of the capital of N’Djamena, on the Chari River near Sarh (formerly Fort Archambault), the capital of Chad’s Moyen-Chari province. The main ethnic group in the region is the non-Muslim Sara, most of whom follow traditional animist religions. A small minority of Sara became Christians during the French colonial era. Kouno was the site of a major battle between French colonial forces and the freebooting Muslim army of Rabih al-Zubayr in 1899. Today Kouno lies in the midst of Chad’s newly productive southern oil fields. Most of Chad’s Muslims live in the north and east of the country as well as the capital near the western border, but small communities of Muslims can be found throughout the south, where they generally live in harmony with the non-Muslim majority in the region.

Ahmat Mamahat Bachir, Chad’s Minister of the Interior, described the preacher and his followers as “terrorists” and “extremists,” adding that Bichara was a “typical suicide guru” (al-Jazeera, July 2; AFP, July 2). Bichara issued a manifesto declaring his jihad on June 3, calling on local Muslims to join a campaign against “Christians and atheists” that would extend as far as Denmark, where cartoons of the Prophet Muhammad were published in 2006 (TchadActuel, July 3). The confrontation came after Bichara rejected the advice of envoys from Chad’s Higher Council of Islamic Affairs.

After Bichara’s followers went on a rampage in Kouno, destroying four churches, 158 homes, a medical clinic and a police station, government forces decided to respond in force. The preacher, who took down the Chadian flag over the local administration building and replaced it with a banner proclaiming “There is no God but God, and Muhammad is his Prophet,” refused all efforts to negotiate with security services, claiming he was an emissary from God. The government assault apparently began as Bichara’s followers were listening to what was described as an inflammatory sermon. Other accounts suggest that Bichara’s people attacked the security forces, which used firearms only after tear gas failed to disperse the would-be jihadis (AFP, July 2).

Independent accounts of the fighting are not available, but Chad’s security minister described Bichara’s followers as “intoxicated by indescribable extremism… almost mad” as they “threw themselves” against the fire of security forces in the belief they were immune to bullets (Reuters, July 2). The “clubs, poisoned arrows and swords” used by Bichara’s followers proved to be of little avail against the gunfire of government troops, nor did the amulets that were supposed to provide protection from bullets save those who were hit. The use of such amulets in the region goes back to the very first encounters with firearms—despite a distinctly poor track record in deflecting lead they continue to find a place around the necks of local fighters. The number of dead was given variously as somewhere between 66 and 72, with over 50 seriously wounded. Four security men were killed and four wounded in two days of fighting.

Bichara survived the government assault only to be captured by security forces and removed to N’Djamena with seven of his lieutenants. Brought by authorities to a press conference, the small and bearded shaykh appeared “tranquil and detached,” according to an AFP correspondent. Bichara informed the gathering he received his inspiration from the Quran, which demands: “All Muslims must make holy war” (AFP, July 2).

Ahmat Ismail Bichara was born in the village of Mongo in the Guéra region of Chad, just north of the Moyen-Chari district where the young religious leader settled in 2005 after attending various Quranic schools. Bichara opened a Quranic school four kilometers from Kouno, where he gradually developed a following that built a thatch-roofed mosque and village around his school. In the new community women were veiled and kept separate from the men, customs unknown in Chad’s traditional Islamic practice (TchadActuel, July 3). Bichara was fond of delivering sermons urging holy war in the face of the impending end of the world, declaring his determination to restore justice and combat the corruption of the Islamic faith.

Justice Minister Jean Alingyué promised a judicial inquiry into the massacre would be opened, with a team of investigators sent to Kouno, before adding derisively that Bichara “thinks he speaks with the Prophet” (TchadActuel, July 2).

It is uncertain how much resonance Bichara’s brief holy war may have with the rest of Chad’s Muslim population, who are largely Sufis with little in common with the Salafist trend of al-Qaeda-style militancy. In the 19th and early 20th centuries, warriors from Chad’s north and east provided strong resistance to French and Italian efforts to overpower the regional dominance of the fiercely independent Sanussi order, which had created an Islamic Saharan confederacy from their bases in Cyrenaica and Fezzan. With the Sanussis a spent force after the First World War—when they took the side of the German and Ottoman Empires—many of Chad’s Muslims are today members of the North African Tijaniyya order of Sufis, which have a reputation for cooperation with government, even during the period of French occupation. The Tijaniyya are themselves often in theological conflict with other Sunnis, due to several unorthodox beliefs, including the claim that the order’s founder Ahmad al-Tijani (1737-1815) received a revelation from the Prophet that was not given to the Prophet’s Companions first.

Despite the Quixotic nature of Bichara’s poorly-armed jihad on Denmark, the suggestion that government corruption may have played a part in inspiring the brief insurrection is significant. Reaction to corruption was a prime factor in the support provided to Muhammad Ahmad al-Mahdi (“the Expected One”) in his successful 1880s revolt in neighboring Sudan against its Turko-Circassian rulers. It is reported that Bichara claimed he was invested with “divine power” and was the true Mahdi (TchadActuel, July 3). Bichara appears to have attempted to combine intrusive Salafist religious practices with a more traditional Sufi-based tradition of political opposition that is usually centered on a religious figure, in this case Bichara with his reported claim to be the Mahdi.

The knowledge that Chad’s petro-wealth is failing to penetrate further than the ruling faction provides fertile ground for the growth of militant preachers using the same apocalyptic language employed by Bichara and the earlier Sudanese Mahdi. Chad’s armed opposition is currently dominated by Zaghawa-led militants who promise little more than a newer version of President Idriss Déby’s Zaghawa-dominated government. This does not, however, represent the extent of Chadian dissatisfaction with the national government, rated internationally as one of the world’s most corrupt. In the current international and economic environment it is possible that Islam may provide a rallying point for the vast majority of Chad’s Muslims who have little access to power or revenues from the oil industry. The Interior Minister’s claim that “Chad is a secular state, one and indivisible,” may be put to the test.