The ongoing trial in Khartoum North of the alleged assassins of a U.S. diplomat is revealing some of the lethal undercurrents in the continuing struggle between different Islamist factions in the capital. 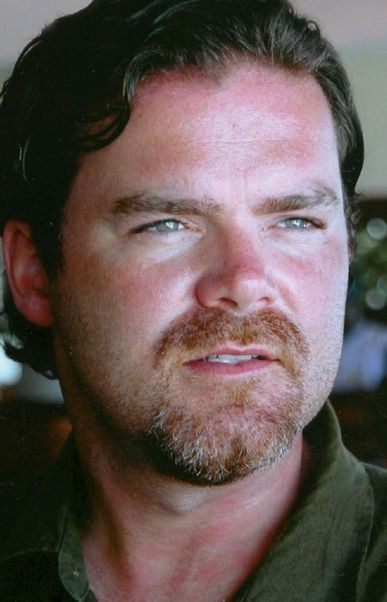 John Granville, an officer with the U.S. Agency for International Development (USAID), and his driver, Abdul Rahman Abbas Rahama, were killed in a rare attack on Western nationals in Khartoum. Returning home from a New Year’s party, Granville and his driver were cut off by another vehicle around 4AM. A gunman opened fire, killing both before fleeing the scene.

At first, Sudanese officials insinuated the killer came from the capital’s Western community by stating Granville had been gambling and was seen arguing with another individual before leaving the party. Officials also claimed that a number of cars with diplomatic plates were seen following Granville’s vehicle (Dar al-Hayat, January 1, 2008). The Sudanese Foreign Ministry later suggested Granville became involved in a “street argument” as Sudanese were in the street celebrating the New Year (Sudan Tribune, January 4; AFP, January 4, 2008). An FBI team was sent to Sudan in the days after the murders to assist in the investigation (Reuters, January 5, 2008).

The timing of the attack on Granville raised suspicions of government sanction, if not participation, as it came only one day after U.S. President George Bush signed the “Sudan Accountability and Divestment Act,” a bill drafted in response to Khartoum’s alleged genocide in Darfur. Most American businesses were already prohibited from working in Sudan following a 1997 executive order signed by then-President Bill Clinton, but the 2007 bill was seen as the beginning of an expanded sanctions regime against Khartoum (Sudan Tribune, December 31, 2007). At the same time, the close cooperation between the Sudanese intelligence services and the CIA since 9/11 has angered many Sudanese Islamists. According to the chairman of Sudan’s Foreign Affairs Committee, certain extremists “believe we have buckled in to the U.S. and are selling them out” (Los Angeles Times, April 13, 2008).

A claim of responsibility from a previously unknown group calling itself Ansar al-Tawhid (Supporters of Monotheism) was issued in the following days (AFP, January 4, 2008). The statement claimed the murders were in response to efforts to humiliate Muslim men, dishonor Muslim women, and raise the cross of Christianity over the Sudan.

Another previously unknown group, al-Qaeda in the Land of the Two Niles, also issued a statement claiming to have killed Granville and Rahama as part of its jihad against the United States and its “Crusader and infidel allies” (Al-Sharq al-Awsat, October 12, 2008). The veracity of both claims was disputed by Sudanese authorities and the men on trial are not accused of belonging to either group.

Two of the suspects were arrested by security forces after a gunfight in a suburb of Omdurman in February, 2008 (SUNA, February 11, 2008; Reuters, February 11, 2008). Authorities claimed the men were part of the group behind a foiled August 2007 plot to bomb Western embassies in Khartoum. Sudanese security forces reported a plot designed to attack the British, French, and American embassies, but the plotters were arrested after causing an accidental explosion while manufacturing bombs in a house (Al-Sharq al-Awsat, October 12, 2008).

A preliminary hearing was held under tight security last August and was attended by U.S. embassy personnel, FBI agents, and members of the U.S Bureau of Diplomatic Security (AFP, August 17, 2008). Supporters of the accused gathered outside, raising clenched fists and flashing “V for victory” signs (Reuters, August 17, 2008). When the hearing resumed on August 31, the shackled defendants entered the court chanting “God is great” before pausing to spit in the faces of two Western female journalists (Reuters, August 31, 2008).

The prosecution’s statement alleged that the five men, being misled by Satan into believing their activities were religiously sanctioned, had organized a cell in the northern city of Atbara, where they trained and armed themselves with rifles and handguns. After moving to Omdurman they began scouting possible sites of New Year’s parties that might be attended by Westerners with the intention of attacking them. They were disappointed to find their chosen venues either empty or heavily guarded on New Year’s Eve, so they began driving around, hoping to find a victim on their way home from a party until eventually encountering Granville (Reuters, August 31).

Last September chief investigator Police General Abdul Rahim Ahmad Abdullah told the court that the men had scouted American housing in Khartoum as well as plotting to kill a British diplomat in response to British schoolteacher Gilian Gibbons allowing her Khartoum students to name a teddy bear “Muhammad.” The five were also alleged to have planned to join the jihad in Somalia, but decided to initiate their own activities in Sudan (AP, September 11, 2008).

In the current session of the trial, three of the five defendants, Muhammad Makkawi Ibrahim Muhammad (a 23-year-old civil engineering student); Abdul Basit al-Hajj Hassan (a 20-year-old trader); and Muhammad Osman Yusuf Muhammad (a 29-year-old ex-Sudan Armed Forces officer still on active service at the time of the killings) claimed that their confessions were made under torture and now refute the charges. “Killing American unbelievers is an honor, but I was not involved in this case,” declared Muhammad Makkawi (Al-Arabiya, January 21; Reuters, January 21).

The other two accused are Murad Abdul Rahman (a 35-year-old driver) and Abdul Raouf Abu Zaid Muhammad, a 23-year-old merchant but more importantly the son of the leader of Sudan’s Ansar al-Sunna al-Muhammadiya, a Salafist religious group whose mosques have been the target of bloody assaults by rival Islamists.

Ansar al-Sunna is well known for its adversarial relationship with the governing Islamists of the National Congress Party (and its predecessor, the National Islamic Front). Though Ansar al-Sunna tends towards Saudi-style Salafism and advocates the implementation of Shari’a, it opposes the political exploitation of Islam or the violent imposition of Islamic law. For this, it has drawn the ire of Takfir wa’l-Hijra (Renunciation and Exile), a radical Islamist group that conducted attacks on Ansar al-Sunna mosques in Omdurman and Wad Medani in 1994, 1997, and 2000. In the February 1994 incident, five armed men attacked the group’s Omdurman mosque, killing 19 and injuring 26 (Sudan News and Views, May 19, 1994). The government seized the Ansar al-Sunna mosques after the attack and arrested the group’s leader, Shaykh Abu Zaid Muhammad Hamza. The 1996 attack on the group’s Omdurman mosque left 12 dead. In December 2000, 23 members of Ansar al-Sunna were killed and over 40 were wounded in an assault by a lone gunman (Abbas Baqir Abbas) armed with a Kalashnikov assault rifle on the same mosque during evening prayers. The gunman was shot dead during the attack and 60 members of Takfir wa’l-Hijra were arrested afterwards. The Libyan/Tunisian founder of Takfir wa’l-Hijra was executed by the Khartoum regime in 1995.

Facing death by hanging if found guilty, the defendants in the Granville case have attacked the Khartoum government, accusing it of encouraging jihadi violence” “They incite people to jihad against the kufar [unbelievers] but when believers are accused of putting the words into action, they get beaten… The regime’s leaders should be in court because they pushed people towards jihad” (AFP, January 21).