Western anxiety over the spread of al-Qaeda-style Islamist militancy in the vast and inhospitable Sahara/Sahel region of Africa has had unforeseen consequences for the survival of hardcore Tuareg rebels operating in the same region. For rebel leaders like Mali’s Ibrahim Ag Bahanga, the new emphasis on security threatens a traditional way of life based on control of Trans-Saharan trade routes. Growing security cooperation between the nations of the region (instigated and supported by the United States, France and others) is driving old-school rebels like Ag Bahanga to adapt to new circumstances. In this case, Ag Bahanga appears to be using the threat posed by al-Qaeda to effect a transition from rebel commander to counter-terrorist leader. 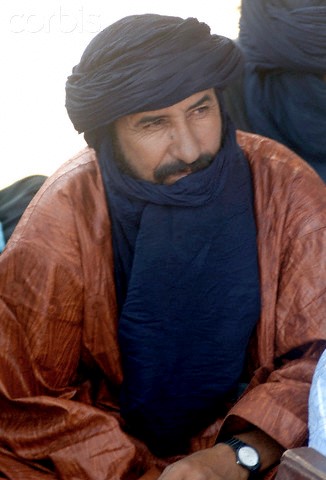 Ag Bahanga’s hometown is Tin-Zaouatene, an oasis located on an old Tran-Saharan caravan route near the Algerian and Mauritanian borders with northwest Mali. The town is still believed to be the center of a lively cross-border smuggling operation. According to the Algerian press, gangs of Arab drug traffickers have had to pay large fees for “permission” to run their products north through Tuareg territory in the Kidal region. A small battle broke out earlier this year when Arab smugglers refused to pay Tuareg gangs for protection of a major cocaine shipment. The Tuareg reportedly seized the vehicles and drugs, but the Arabs responded by kidnapping a local mayor (El Watan, Algiers, January 27). As well as drugs, the lucrative smuggling trade moves cigarettes, fuel, migrants and arms across the poorly guarded borders.

A Life in Rebellion

The hopes of some Tuareg for an independent nation in a post-colonial Africa were dashed when their territories were split up between the nations of Algeria, Niger, Mali, Libya and Upper Volta (later Burkina Faso). An early post-independence rebellion in 1963 was quickly suppressed by Malian authorities. At times the Tuareg of Niger and Mali have cooperated in launching large-scale rebellions, such as that of 1990-1995. During this period, Ag Bahanga was active as a fighter in the Mouvement Populaire de Libération de l’Azawad (MPLA), a group based largely on fighters from the exile communities in Libya and Algeria.

Though a 1995 peace deal was effective for a time in Niger, groups of Tuareg remained disaffected in northern Mali. Open rebellion resumed in 2006 with the emergence of the Mai 23 Alliance démocratique pour le changement (ADC). After several months of fighting, the Tuareg ADC agreed to a peace deal with the government. It appears Ag Bahanga accepted a commission in the Malian army as a part of reintegration efforts before deserting in 2007. Not all the Tuareg rebels were interested in a deal with the government and some of these elements reemerged under Ag Bahanga’s command with a series of attacks on military bases in August, 2007. Designed to equip rebel forces with weapons, the attacks marked the beginning of the 2007-2009 rebellion in northern Mali and northern Niger, though Ag Bahanga’s faction of the ADC, known as the Alliance Touareg Nord Mali pour le Changement (ATNMC), never enjoyed the same support in this conflict that the mainstream ADC had received. The ATNMC number two and military commander was Lieutenant Colonel Hassan Ag Fagaga, notorious for deserting the Malian army twice, in 1996 and 2007. Ag Bahanga’s father-in-law, Hama Ag Sidahmed, another rebel veteran, acted as spokesman for the movement.

By September, 2007 Ag Bahanga’s forces had surrounded the government garrison at Tin Zaouatene and fired on a U.S. C-130 aircraft dropping supplies to the troops (al-Jazeera, September 14, 2007; Radio France Internationale, September 14, 2007). For a year Ag Bahanga and others carried out devastating raids and ambushes from their bases in the Tigharghar Mountains, but when most of the Tuareg rebels reached an agreement with Bamako in August 2008, Ag Bahanga left for Libya, only to announce his return in December 2008 with a new series of attacks in northern Mali. By April, 2008 Malian helicopters were brought in to strike Tuareg positions outside the town of Kidal to prevent the rebels from besieging it (Rueters, April 2, 2008).

Negotiations between Ag Bahanga and the Mali government in the summer of 2008 went nowhere, with the rebel leader unable to convince Bamako of the need to create an autonomous Tuareg region of Kidal or to reduce the number of Malian troops present in the north (El Khabar [Algiers], July 26, 2008).

A Malian offensive involving ex-Tuareg rebels who had become tired of Ag Bahanga’s irreconcilable attitude and the delay of development efforts in north Mali due to continued insecurity, succeeded in driving Ag Bahanga and his forces from northern Mali. By February, 2009 Ag Bahanga had once again left for Libya with some of his supporters. Ag Bahanga denies receiving Libyan military supplies, claiming his movement’s arms are obtained from the Malian army as a result of military operations. Libya’s Muammar Qadhafi has sought to exploit Tuareg unrest in his own interest for decades, going back to his incorporation of Tuareg fighters in Libya’s “Islamic Legion” during the 1970s.

In 2008, Ag Bahanga claimed to have three thousand fighters under his command, all drawn from the Mali Tuareg, though this figure is likely significantly inflated.  At the time, he insisted that his movement did not seek separatism, but only “the improvement of the Tuareg situation”

Accusations of Association with al-Qaeda

Ag Bahanga has rejected accusations from Bamako and elsewhere that he is associated with al-Qaeda operatives in the north Mali border region:

The terrorist groups are based far from the regions in which we are established; they are based in Timbuktu. We are waging a war against these groups… [but] they have fled to the surrounding regions for fear of being pursued by our elements. We will not tolerate their presence in these regions as our cause is different from their cause; we will not hesitate in tracking them down (El Khabar [Algiers], July 26, 2008).

Mali’s government and media have frequently accused Ag Bahanga of being a drug smuggler cloaking his activities under the guise of a desert rebel fighting for the rights of his people (Le Malien [Bamako], December 22, 2008).  In the Tuareg community of Mali, Ag Bahanga appears to have at least as many opponents as supporters, and there are many who will state the militant does not speak for them. 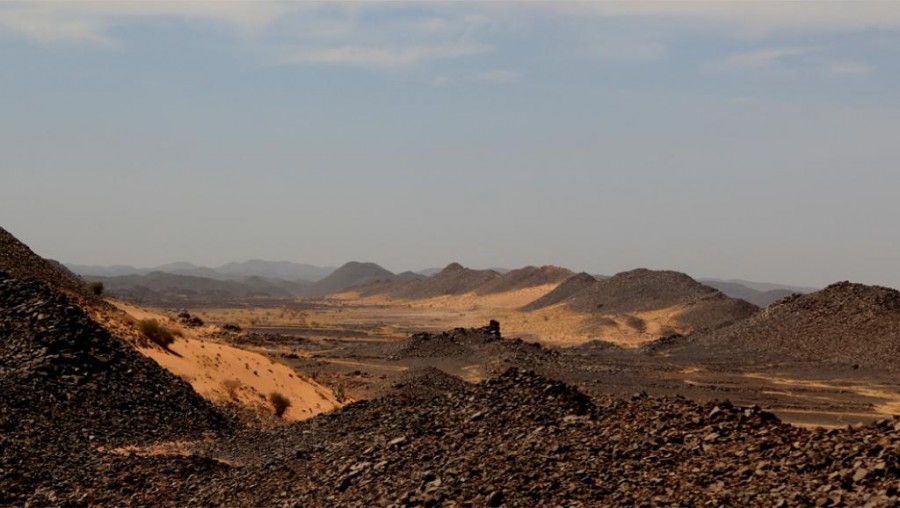 Ag Bahanga led a raid on a military base at Nampala (close to Ag Bahanga’s hometown of Tin-Zaouatene) on December 20, 2008, killing between nine and twenty soldiers, including at least three Tuareg in government service. The government described the assailants as drug traffickers eager to eliminate the government presence near the border (Radio France Internationale, December 20, 2008; AFP, December 22, 2008). Ag Bahanga in turn demanded the government honor the 2006 peace agreement, which called for development of the Kidal region in exchange for the Tuareg dropping demands for autonomy. It was not long before the government and the Malian press began to tie Ag Bahanga to kidnappings and other activities carried out by the Algerian Groupe Salafiste pour la Prédication et le Combat (GSPC – later reconfigured as al-Qaeda in the Islamic Maghreb – AQIM) (L’Aurore [Bamako], January 26, 2009). Ag Bahanga has always denied involvement in the GSPC/AQIM kidnappings of foreign nationals in the Sahara/Sahel region, but frequently succeeded in capturing Malian soldiers in groups of 20 to 30 at a time, suggesting these troops were poorly trained, ill-led and possibly uneager to combat the Tuareg on their own forbidding turf. The Mali government negotiated the release of these prisoners by sending representatives to Tripoli for talks with Ag Bahanga’s representatives with the mediation of the Libyan ruler’s son, Sa’if al-Islam Qadhafi (al-Jazeera, March 26, 2008).

President Amadou Toumani Touré described the Nampala attack as “unacceptable,” as the target had “no strategic interest” (L’Essor [Bamako], December 22, 2008). In a military sense the president may have been correct; for smugglers, however, the base at Nampala was of major strategic interest. The government responded to this incident and the continuing capture of government troops with a major offensive using helicopters, Malian regulars, Tuareg loyalists and Arab militias (L’Indépendant [Bamako], December 29).  The offensive succeeded in overrunning a number of rebel bases in January 2009, including Ag Bahanga’s main base at Tinsalek in the Tigharghar Mountains (AFP, January 25, 2009). With government forces refusing to accept an offered ceasefire, Ag Bahanga’s lieutenant, Hassan Ag Fagaga, deserted his leader, bringing 400 fighters with him to a government base as the first step in disarmament and integration into the Malian army, though this move may only have been designed to preserve the Tuareg fighting force for another day rather than risk its annihilation in a campaign that was suddenly going badly. By early February, Ag Bahanga appeared to have fled in the direction of Algeria, though not without first pledging continued armed conflict (Radio France Internationale, February 6, 2009).

By January, 2010 Ag Bahanga appeared to have given up on his demands for Libyan mediation and was reported to be in Algeria, expressing his commitment to reviving the 2006 peace agreement with the help of Algerian mediators (El Watan [Algiers], January 23). Ag Bahanga’s arrival was reported to have followed preliminary talks in which his aides had offered the movement’s services in driving AQIM out of the Sahara/Sahel region (L’Observateur [Bamako], January 27).

There were reports Hassan Ag Fagaga and Hama Ag Sidahmed were also in Algeria at this time, attempting to persuade Algiers of the ATNMC’s usefulness as counter-terrorists (L’Observateur, January 10). A source described as close to Ag Bahanga, Osman Ag Mohamed, claimed the ATNMC was tracking the AQIM unit holding three Spanish aid workers hostage and would take action if they could be pinned down. Osman Ag Mohamed denied the movement had any association with AQIM: “The order is not to have relations with [al-Qaeda]. In 2006 there were clashes with them and we do not want these to be repeated because that would benefit the Malian army” (ABC.es, January 18).  In a 2008 interview, Ag Bahanga challenged the government’s accusation of cooperation with terrorists, comparing the record of his group with that of the government:

I say that terrorism in this area has always been a fabricated project by Bamako in order to tarnish the image of the Tuareg every time they demand their rights and dignity. We know that they have tried to attribute terrorism to the Tuareg for 18 years. Mali has never confronted terrorism, but we have confronted terrorist groups in this area. Many of us were killed in many battles, and we are against the presence of Salafi groups in the entire region, contrary to the Malian Government, which encourages them and always says that the Tuareg are the main support for terrorism. However, everyone knows that we not only denounce terrorism, but we also fight it in this region despite the fact that we are small in number.

Some Tuareg continue to jealously guard their traditional (and profitable) role as the guardians of the Trans-Saharan trade routes (though Tuareg “protection” could often resemble extortion). The arrival of national borders and government security forces in the vast deserted regions they once controlled is designed to put an end to a traditional way of life. One man’s smuggling is another man’s time-honored trade, and Ag Bahanga is undoubtedly both rebel and smuggler. It remains to be seen if Algeria will sponsor Ag Bahanga’s fighters as counter-terrorists. Ag Bahanga would probably like nothing more than to be reintroduced into the frontier region with fresh arms and an official government sponsor. Algerian forces have already negotiated the “right of pursuit” to allow cross-border incursions in hot pursuit of terrorists.  Though the Algerians are not fond of Ag Bahanga’s repeated sabotage of their attempts to mediate a peace settlement in northern Mali, they are actively considering a wide range of new strategies to secure their southern borders and there is still a chance that Ag Bahanga may become part of these designs. The mainstream ADC has already agreed to act as a counter-terrorist force in northern Mali, but Bamako has clearly stated Ag Bahanga is no longer welcome in Mali (Tout sur l’Algerie, July 20, 2009; L’Aurore, July 20, 2009).

This article first appeared in the March 31 issue of the Militant Leadership Monitor.