The hard-pressed Ugandan and Burundian troops of the African Union Mission in Somalia (AMISOM) are the last line of defense for Somalia’s Transitional Federal Government (TFG), which now controls only a few neighborhoods of Mogadishu. With the recent defeat of rival Islamist militia Hizb al-Islam, the radical al-Shabaab movement has emerged as the main challenger to the TFG. 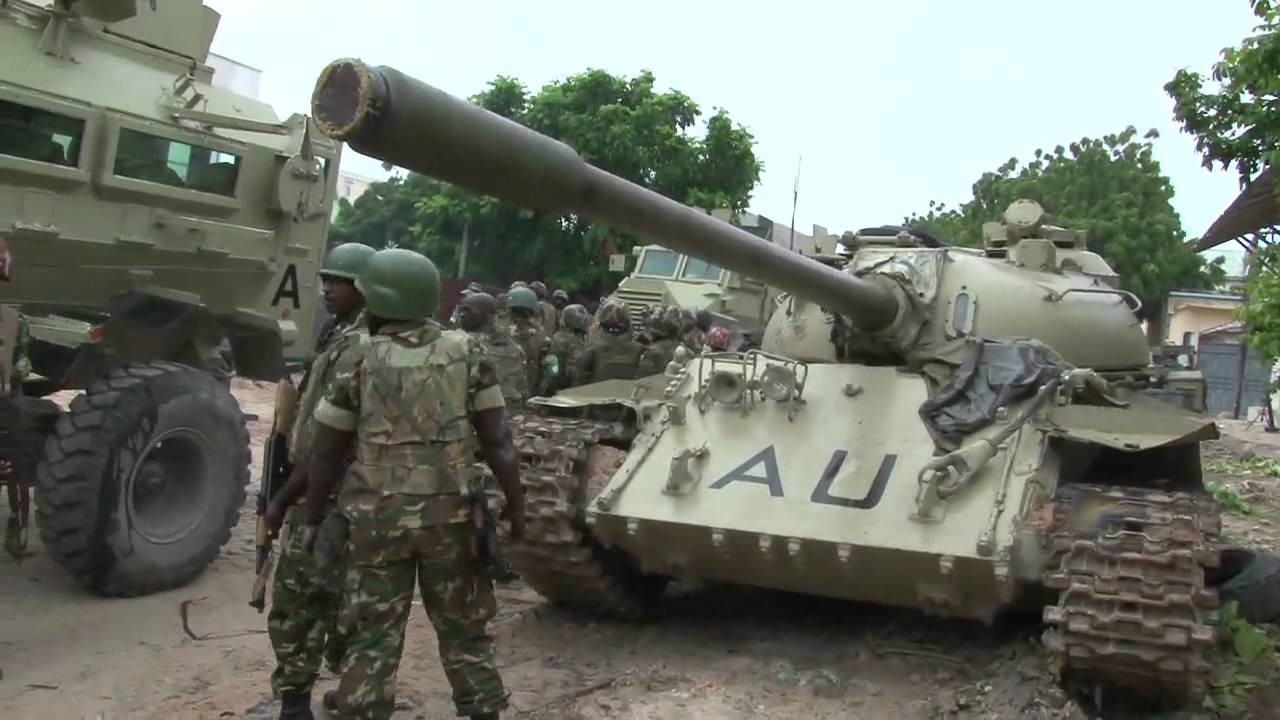 The African Union’s special representative for Somalia, former Kenyan MP Wafula Athanas Wamunyinyi, has issued dire warnings of an al-Qaeda takeover of Somalia, “considering the grip they have on the country” (New Vision [Kampala], December 3). Wamunyinyi says al-Shabaab has recruited 1,200 fighters in Pakistan, Afghanistan, Bangladesh, Tanzania, Kenya, Sudan, Uganda and the United States. “With the involvement of foreign fighters, we need to adopt a new approach towards the conflict in Somalia, away from the perception that these are clans fighting.” Kenyans are reported to represent half this force, being recruited from the same ethnic-Somali community in northeast Kenya that the TFG is also drawing on for recruits (New Vision, December 4).

• Abu Musa Mombasa is a Pakistani who has replaced the late Saleh Ali Nahbhan as the head of security and training operations for al-Shabaab.

• The American Abu Mansur al-Amriki heads the finance and payroll department of the foreign mujahideen.

A Ugandan AMISOM officer, Major Bahoku Barigye, reported that he had personally spoken to three al-Shabaab members from Uganda, who said they knew where he lived in Kampala and threatened his family. One of the militants told Major Barigye he was a member of the Alliance of Democratic Forces, an Islamist militant group that has operated along the border with the Democratic Republic of the Congo (DRC) since 1996 (see Terrorism Monitor, December 5, 2007).

AMISOM commander, Major General Nathan Mugisha (Uganda), is less emphatic regarding al-Qaeda’s physical presence in Somalia. “I think there’s a relationship between activities here and al-Qaeda… There’s mutual support and I think the way they behave is similar” (AFP, November 28).

The question is whether reports of a substantial al-Qaeda presence are intelligence-driven or politically inspired as a means of obtaining greater military and financial support for a mission that is badly undermanned and underfunded. Still 3,000 troops short of its mandated force of 8,000, AMISOM will soon receive reinforcements from Djibouti; but Ghana, Nigeria, Malawi and Sierra Leone have yet to send the units they promised.

This article first appeared in the December 15, 2009 issue of the Jamestown Foundation’s Terrorism Monitor